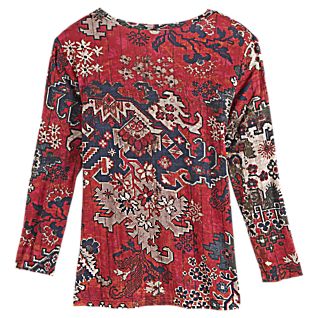 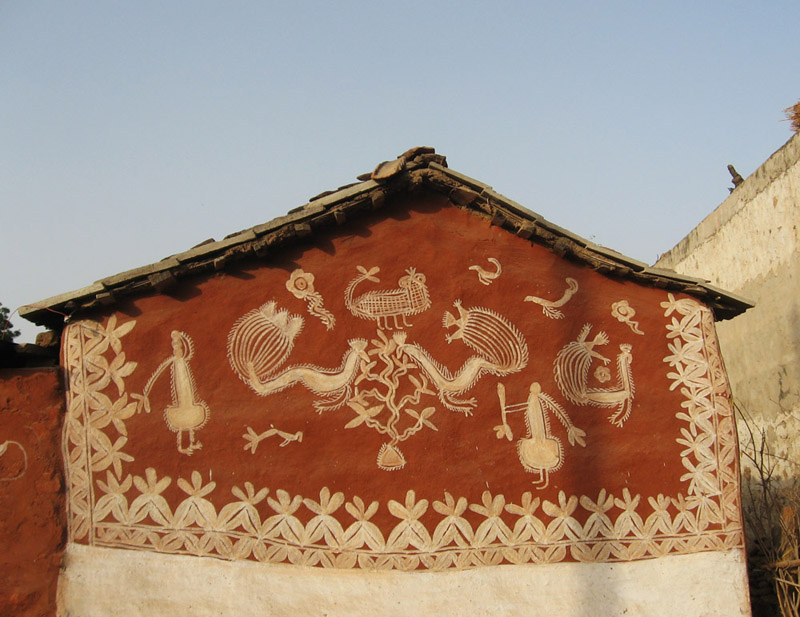 Mandana Art on the Walls of a Tribal Home (http://avniarts.org)

Mandana paintings are one of the oldest forms of tribal art in India that has survived over the ages. It is done in Rajasthan and Madhya Pradesh by one of the oldest tribal communities, the Meenas. This art is done on walls and floors, both within and surrounding the house, as a way to ward off evil and welcome the blessings of gods into the home. Within the Meena community, this painting is done predominantly by women, as traditionally it is their social role to take care of the house and the family. This art form is not passed on through any formal training neither is it recognized as a discipline. On the contrary, girls learn the art by observing and emulating their mothers.

Mandana in the local language refers to ‘drawing’ in the context of chitra mandana or ‘drawing a picture’. Mandana is derived from the word Mandan which implies decoration and beautification. Historically, they have been practiced for centuries by women of the Meena community as decorations for special or festive occasions. Among others, these events included communal religious worship, festivals and fasts and lastly auspicious days in the life of the community such as birth or marriage.

The motifs of these paintings are inspired by beliefs that pertain to auspiciousness and good omens. The technical term for such motifs is Shubh Manglik.

Many of the other patterns seen in the Mandana paintings are also reminiscent of the designs of the altars of vedic yagna, the vastu purasha mandalas and the floor plans of temples from the days of yore. There are many designs one sees in Mandana paintings that are directly influenced by architectural features as well as geometry.

There is a specific way to draw and paint the perfect Mandana. First, the walls or floors are plastered with clay, which is the most crucial element for this type of painting, along with a mixture of cow-dung and water. The pictures are drawn onto the wall or floor using rudimentary tools such as a brush made of a date twig, a clump of hair and cotton. Once the motifs are made, they are then filled with color. The color scheme of these paintings is actually very basic i.e. white and red, and are chosen specifically because they are easily available in the community’s natural surroundings. White paint or khadiya is made of chalk while the red paint or geru is made of brick.

The drawings themselves are very feminine in construction and do not follow any set principles of proportion and perspective. The filling of the motifs is more textural than it is physiological.

The first and the most basic distinction in the Mandana paintings that needs to be pointed out is the place of their occurrence – while in Rajasthan they are painted on walls as well as the floor, the painters of Madhya Pradesh usually restrict themselves to the floor.

The usual themes of a Mandana are elements of nature such as varieties of flowers and plants, birds and animals. Other prominent imagery in this art form includes deities or others that are perceived to have taken the form of an animal (also known as zoomorphs) as well as humans as depicted in the earliest forms of wall art (known as anthromorphs). 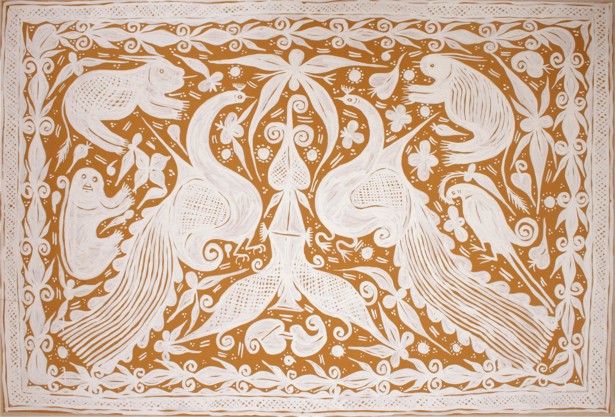 Another variety of the Mandanas that has been recorded by an expert, talk especially about motifs inspired by architecture and among them the Tapki Ke Mandanas specifically. This type uses a number of points that are plotted in a specific manner in order to accurately mimic a graph resulting in 2-D geometrical shapes like triangles, squares, rhombus and rectangles. Another popular motif in this sub-type is that of a jaali or a lattice screen, inspired by jaalis commonly seen in Indian architecture.

As mentioned earlier, this art form is an oral tradition, learned only by emulation. As modern life and socio-economic development have taken precedence over altruistic sentiments of the community, there seems to be very little time and space to practice this art. Moreover, there are also practical problems that have hindered regular practice. For instance, homes in today’s day and age, even in most villages, are made of brick and mortar. One of the precursory conditions for the practice of this art is clay walls or earth as they tend to absorb the color and lend a certain relief and texture (that is characteristic of Mandana), thus making it viable to paint on walls.

Tonk and Sawai Madhopur in Rajasthan are two among the few villages where this art form is still prevalent.

With the age-old practice of adapting wall art as well as prominent canvas art onto fabric picking pace once again, Mandana paintings have also been adapted onto sarees and salwar kameez fabrics for greater diversity in aesthetics.

Over the years, Meena women have been recording their experiences in the form of Mandanas. As such they have evolved from exclusively showcasing the above mentioned motifs to an amalgam of social experiences. The paintings may still include a beautifully drawn peacock in all its glory but the overall aim is to convey their experience with the peacock rather than just the bird alone. Modern designs have also come about, inspired by modern life, such as tractors, bullock-carts, motorcycles or a bus.