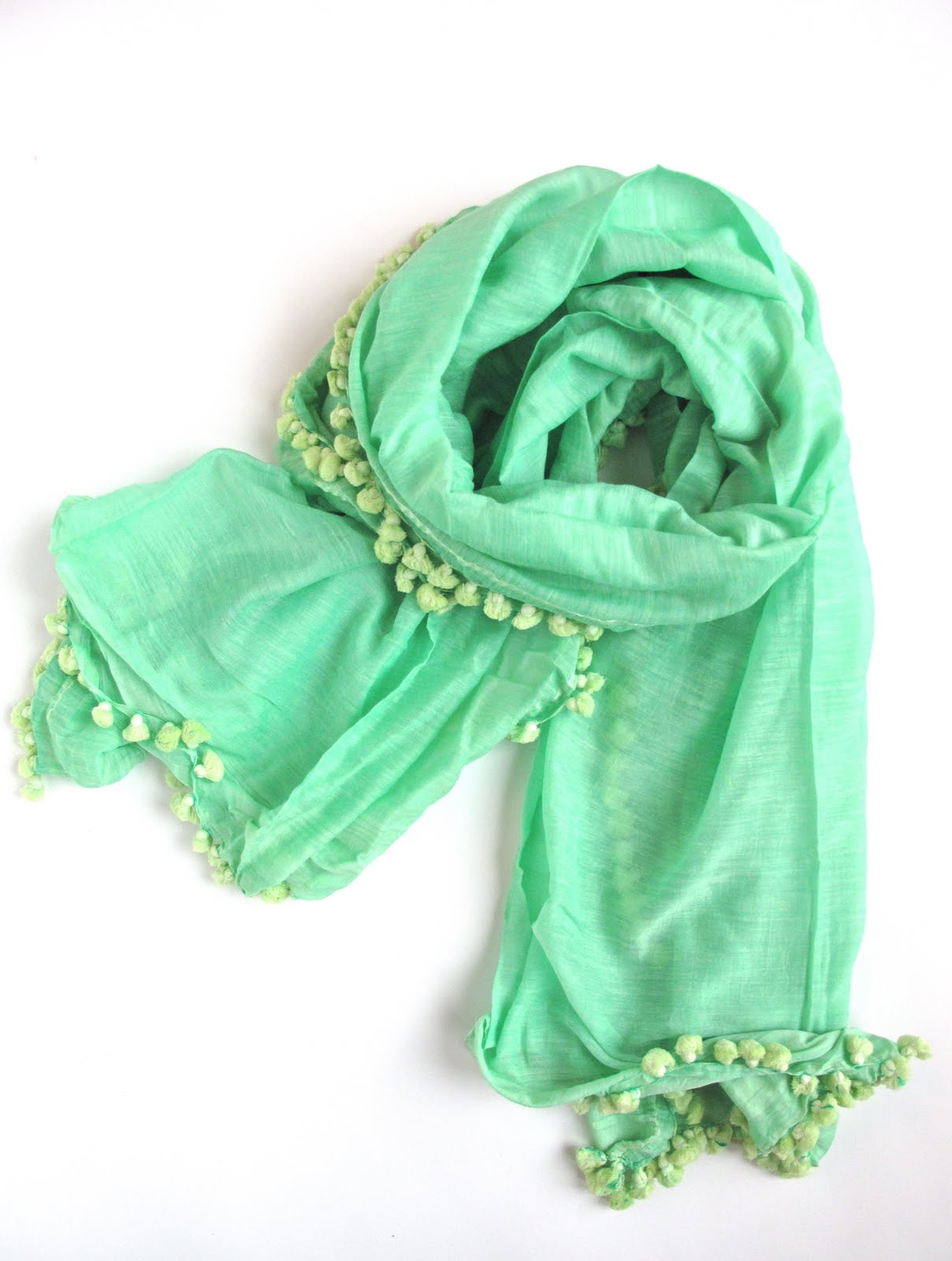 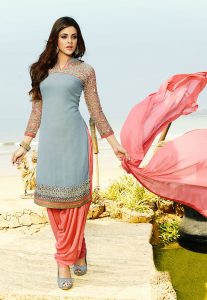 Dupatta is a long scarf-like cloth usually worn by women in Southern Asia. Commonly known as the chunnari, odhni and chunni; Dupatta is considered a symbol of modesty and compliments the overall look of a salwar kameez or lehanga choli. The dupatta is a colorful swathe of cloth which inspires romance, a fact that has been showcased from a long time, and since the arrival of cinema.

A dupatta is an extremely versatile piece of clothing. It can be worn in a number of ways, with a number of different garments, in a number of styles. The myriad designs, patterns, colors and decorations are overwhelming with respect to the dupatta!

Each region has its own way of presenting the chunari with unique embellishments, embroideries, fabrics and weaves. The most common fabrics for chunari are Cotton, Silk, Chiffon and Georgette.

The traditional dupatta has been worn in innumerable parts of South Asia since centuries. The people of Vedic India wore three garments – nivil, vasas, and adhivasa. The adhivasa was a garment similar to the dupatta of present times. During the vedic times, the dupatta was worn both by men and women, unlike the present day scenario.

The dupatta with time gradually evolved and went on from being a fabric for practical purposes to something that complimented the overall dressing of a woman such as coordinating suits. The billowing length has been reduced from two and a half metres to around two metres.

At first, the dupatta was used to cover the head and upper body, and was worn with ghagra choli or salwar kameez. The motive was modesty and also a mark of respect towards the family elders. The age old practice of ladies covering their heads while going to a place of worship still exists.

It is perplexing and overwhelming to talk about the kind of variety that the dupatta embodies. It wasn’t extremely long ago that the dupatta was a significant aspect of the tradition and value system of every Hindu family. With time it made its appearance in the arena of fashion and was showcased on the big screen by dazzling divas. The gracious garments soon underwent a lot of contemplation to don different faces. 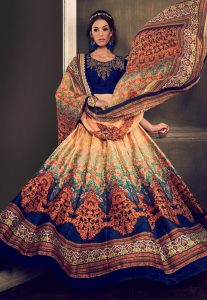 An assorted range slowly bloomed to showcase the unimaginable magic of the dupatta, which at one point of time was only an icon on customary tradition. The variety in Dupatta comes from a number of things that go into creating one – from the basic materials to the texture of the dupatta to its design – everything adds to the final look of the garment. Some varieties of the dupatta are mentioned as follows:

Khara Dupatta: One of the most majestic and elegant types of dupattas is the khara variety, a six yard long dupatta that is a part of the traditional Hyderabadi attire. The brides from Hyderabad wear this dupatta on their marriage.

Bandhej Dupatta: Of Rajasthani origin, the bandhej dupatta is one of the most elegant varieties of the garment. Adorned with dazzling embellishments that are embroidered onto it using the traditional mirror work technique, the Bandhej dupatta is showcases the intriguing art of the state of sand dunes and camels.

Chiffon Dupatta: Chiffon dupattas are at the heart of the fashion industry today. The demand of dupattas made out of this fabric is extremely high because of the comfort of the fabric and its natural flow.

Apart from the variety that is visible in the colors and style of the dupatta, there is a lot more to this gracious apparel. An interesting fact about the dupatta is that it has a different name in every state and every region, of which it is a part of. So while in Rajasthan, a dupatta might be called an odhni and a chador in Pakistan, in some other land of India it might be known as a chunri or a ghoonghat.

The thumb rule of wearing a dupatta is that if the dupatta is very heavily decorated it is worn with a simple salwar suit and vice versa. An extremely decorated lehenga, for instance, will be adorned with a dupatta with light work or just a decorative border.

Dupattas have been beautified with weaving and coloring methods and elements like mirrors, beads, zari, sequins, gold or silver threads, precious and semi-precious stones, pearls (both real and faux), bandhni, chikankari and kantha stitching, block printing, kalamkari and tie and dye.
The dupatta can become a style statement simply by the way it is draped. There are numerous ways existing from region to region in which the dupatta is worn with a lehenga and choli- the Gujarati way, the Bengali style, the south Indian half saree style, looped elegantly around the wrist and then some more.

It is an integral part in the classical dance kathak, where the dupatta made of a sheer material is looped around one shoulder going across the body and knotted at the waist.

They are a favorite with designers as they enhance the look of an outfit. They are used as a belt around the waist to accentuate it or worn as a turban on the fashion runway, as bandanas while traveling or on the beach, morphed as a scarf around the neck to resemble a cowl and the list is endless.

The many states and regions of India have skilled artisans and a rich history of handicraft. Hence, the country has the most widest and exquisite collection of chunari styles. From the ‘Lehariya’ chunari of Rajasthan to the ‘Phulkari’ chunari of Punjab, most of the states have their own unique style to showcase.

Since it is worn along with a salwar suit or lehenga or churidar generally, it can be accessorized according to the occasion. A dupatta can on its own add glamor and exquisiteness to an outfit, without the need of too many accessories. Heavily embroidered chunaris can be worn with simple or plain kurtas or cholis. The simple chunaris, however, look even prettier if worn with delicate looking jewelry made out of silver, gold, or bronze. Personalization depends on the color and the fabric of the chunari. The key is to match the chunari according to the fabric and the style of the kurta.

It can be fused with western wear as well as Indian ethnic apparel. It is trendy to team a bright dupatta of a single color to match a kurta with a pair of fitted denim jeans. In contrast, a printed dupatta in darker shades can offset a white chikankari kurta worn either with a churidar or tights that has become popular.

In the west, the chunari is placed in the same genre as that of a scarf. Women all over the world love wearing Bandhni inspired Chunaris or Cotton woven Chunaris with broad Silk borders. Bright colored designs and motifs are very popular across the globe. Women even wear chunaris with t-shirts and jeans to give their outfits a more Indo- Western appeal. Several fashion designers in India experiment with the chunari styles.

It dupatta can be washed with a mild detergent at home in cold water. For multi-colored ones that a part of heavily embroidered ensembles, dry cleaning is advised. Ironing is to be done indirectly.