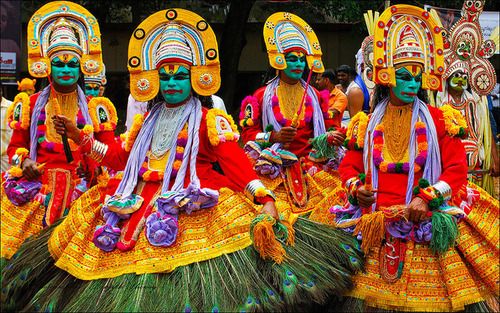 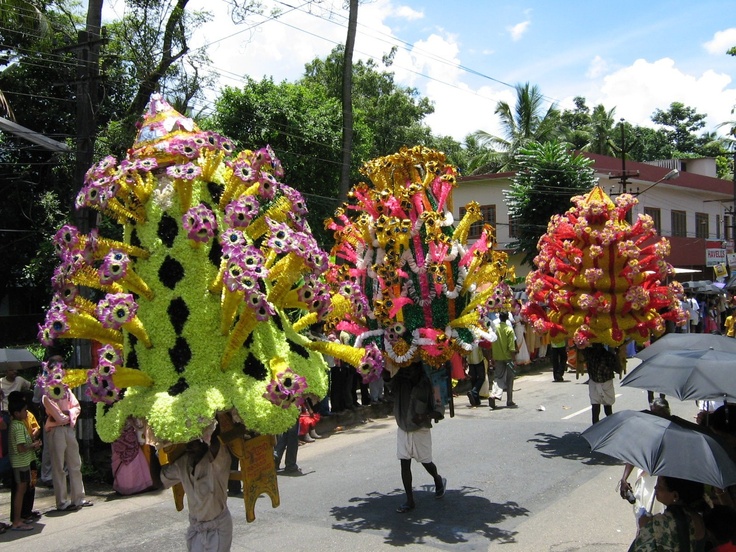 Thripunithura Athachamayam marks the commencement of the Onam Festival which is celebrated for ten whole days. This festival mainly celebrates the harvest season in Kerela and is one of the most important festivals of the state. Thus, all ten days are celebrated with equal fervor and excitement, with smaller festivals on each day. The Athachamayam festival not only marks the beginning of this festival but also celebrates the victory of the deceased king of Kochi. Every year, a procession takes place in honor of his victory.

The mythological story behind this festival is that there used to be an extremely kind and just king known as King Mahabali who cared a lot about his subjects. As a result, these subjects began to worship him and were immensely loyal to him. However, this ended up angering all the gods because this king was from a demon race and they smote him. Lord Vishnu then let him become the ruler of the underworld.

Since its conception, the festival has taken place in the district of Tripunithura where colorful hues are worn and depicted in order to symbolize the excitement over the celebration and in order to inspire more memories of King Mahabali.

Today, this festival is celebrated in order to make merry over the life and times of King Mahabali. It is set as a reminder of the King’s love for his citizens as well as his overall greatness.

Athachamayam is essentially a procession that celebrates the victory of the King. However, this is not an ordinary procession comprising of people walking solemnly; it is far more interesting and filled with different performances and drums being played throughout. The entire procession starts with a ceremonial parade which begins with the lighting of the lamp. The lamp is usually a symbolic gesture and is lit by a priest.

The procession includes a lot of floats that are passed throughout the street. They depict scenes from religious epics such as the Mahabharata and the Ramayana. The participants wear costumes, usually made of silk and yellow in color. The components of the costume include a kurta and pajama for men and a Pavada Davani set for the women. Some women also choose to wear south Indian sarees instead. The costumes also include elaborate masks in different colors for different characters. Demons and evil characters are given red masks usually to portray their nature.

Dance forms such as Theyyam also take place. Dancers in this performance wear elaborate skirts with linings of wires to keep them in place. They also wear large head gears and paint their faces red. Other dance forms include Kummatti where performers wear costumes made of grass and wear multicolored masks as well. There are other dance forms as well such as Kummi and Poykal that add to the grandeur of the celebration. Across various dance forms, masks are used as they represent the emotion of the character being portrayed by the dancer.

Shopping at this Festival

At the Athachamayam festival, the path of the procession is dotted by stalls set up by vendors who sell a variety of articles and items pertaining to religion. Conical shapes created by clay are meant to represent Lord Vishnu and Mahabali. These can be bought and set up within the shrines.

Food stalls are also set up throughout the area where the processions take place. Vendors with food stalls sell not only typical south Indian food items like dosas and idlis but also snacks as well as North Indian street food and so on.

There are very few clothing stalls throughout the procession areas that sell formal and informal Indian ethnic attire in form of sarees, lungis, kurtas and pajamas as well as salwar and kameez sets. Though these stalls are quite few and set up by local vendors, they add to the overall experience of the devotees at this festival.

Athachamayam is the only day throughout the entire year when regular people are allowed to get inside the Kottakadum fort, which is an extremely notable aspect. The festival underwent a slight lull and was revived again in the 1960s.