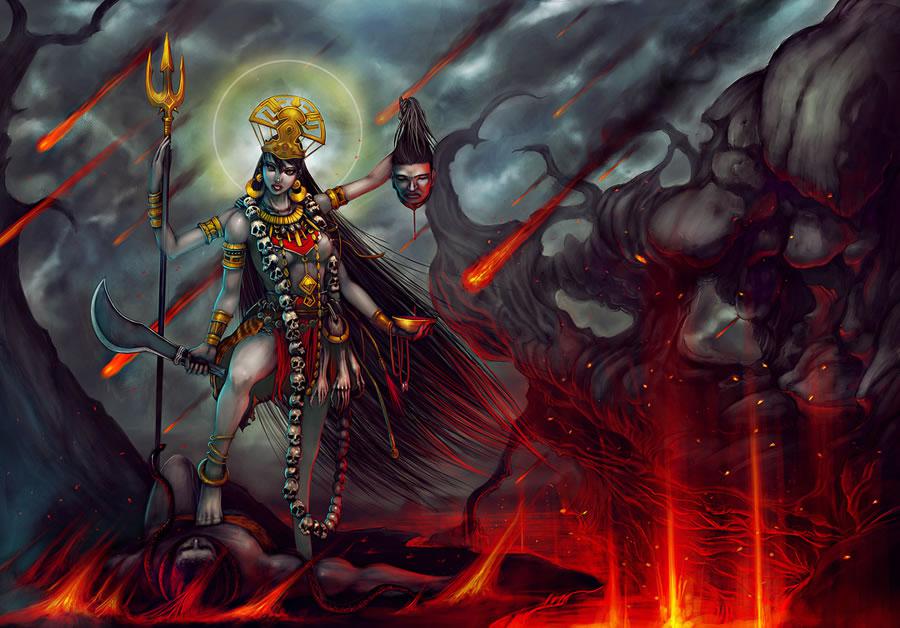 Goddess Kalratri, also known as Maa Kaali, is the seventh avatar of Goddess Durga. Devotees worship her on the seventh day of Navratri. They seek her blessings to eliminate all troubles from their lives. This form of Maa Durga is believed to destroy all demons, ghosts and negative energies. She is also believed to be the destroyer of time and death. Although, intimidating in appearance, this Devi is benevolent towards all worshipers.

There are many mythological stories that tell us about the transformation of Goddess Durga into Maa Kalratri. According to the most common legend, two demons Shumbha and Nishumbha invaded and defeated devlok (the realm of demigods). These demigods prayed to Goddess Parvati for help who readily transformed herself into Goddess Chandika, to battle with demons on behalf of all devtas. Goddess Chandika, also known as Chamunda, transformed herself into Goddess Kalratri and killed both these demons. Maa Kalratri fought another demon called Raktveej and kept drinking his blood till he was completely dead, causing her tongue to appear blood-red.

Kalratri Devi, also known as Maa Kaali, is the most ferocious form of Goddess Durga. This Krishna (black) colored Goddess has long tousled hair and three round protruding eyes. She exhales flames through her nostrils while breathing and has four arms that depict her immense strength. Also, she holds a cleaver and a deadly sabre in each of her hands, while her other hands are in Abhay and Varada mudras to grant blessings and protection to her sadhakas. Sometimes, she is also seen standing on a demon’s corpse and holding it’s freshly cut head while in her other hand she’s holding a trident. This Goddess wears a necklace of skulls and is usually depicted mounting a donkey.

Saptami Pujan of Goddess Kalratri on the seventh day of Navratri is considered to be auspicious. When it comes to other festivals, Ganesh Chaturthi precedes Durga Saptami of Navratris. After Saptami, comes Ashtami, which is then followed by Maha Navmi, Vijaya Dashmi and Diwali. On this day devotees observe fast as well as perform rituals to seek the Goddess’ blessings.

Meaning: “She is naked, rides on an donkey, has a long tongue, lustrous body, wears ornaments on her legs like lightning, is black in color, has unlocked hair, big eyes and ears and is very dangerous looking. Meditating on this form of Kalratri removes all obstacles as well as removes all magical effects created by others.”

Kalash Puja is also performed on this day to invite all the planets, deities and family members of the Goddess. All the chapters of the religious book ‘Durga Saptashi’, are recited on this day. Apart from this, several rituals are performed to worship Brahma and Lord Shiva on this day. Madira (alcohol), being a part of these rituals, is offered to this Devi. This night is considered to be highly auspicious by Siddha Yogis and sadhakas to practice penance for Shashastra.

What to Wear on the Seventh Day of Navratri

Mahasaptami is the beginning of Utsav Puja. Since white is considered as the auspicious color for this day, the devotees wear traditional or contemporary dresses, embellished in white color. 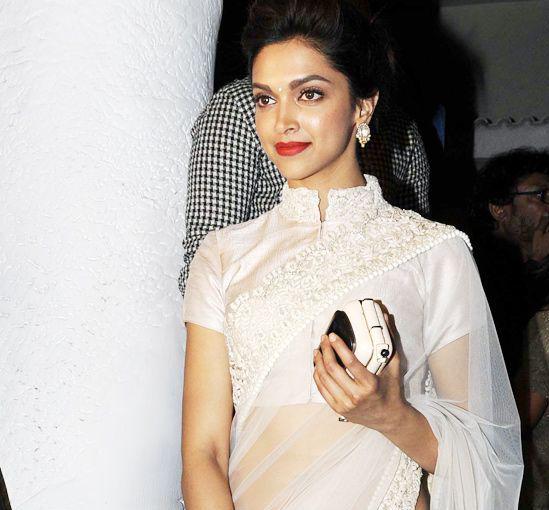 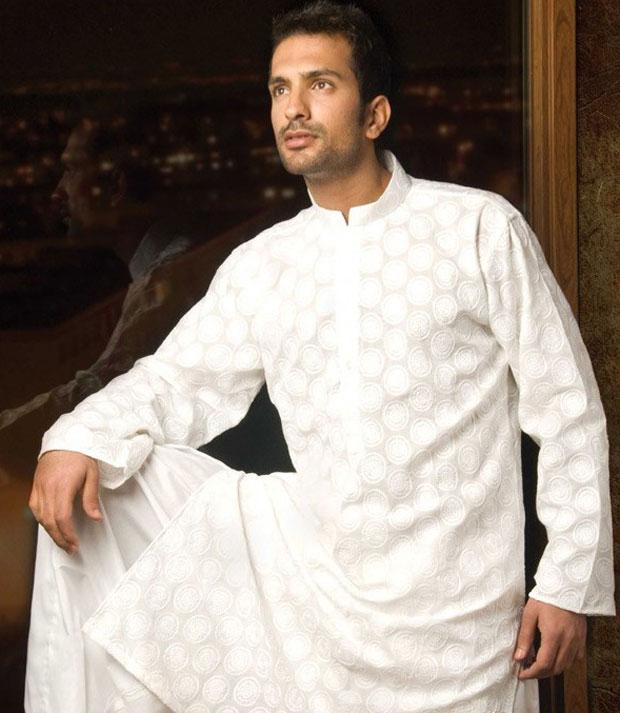