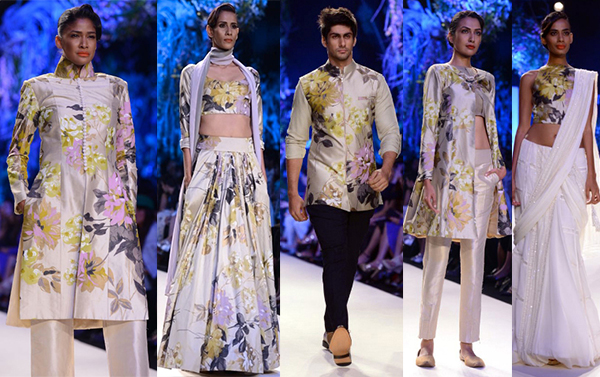 Nehru Jacket is the hip-length coat or jacket, mostly worn by men. It has a Mandarin collar and a button placket resembling the typical Achkan, Sherwani or Bandhgala designs. This Nehru coat or jacket is named after the India’s first Prime Minister ‘Pandit Jawaharlal Nehru, who used to wear Western style Achkan in his routine. 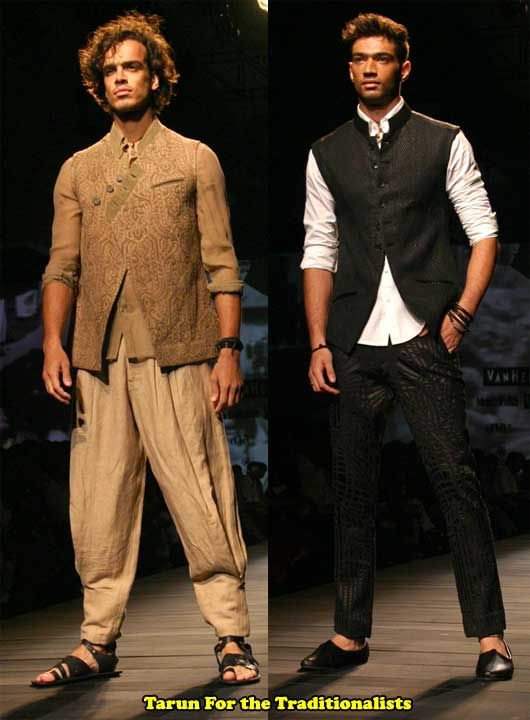 Nehru jacket has an intriguing history. Designed in India, back in the 1940s, the jacket belongs to the pre-independence era. At that time, anyone who wore the jacket was viewed as one of a high social stature. At that time in India, the Nehru Jacket was also known as ‘Bandh Gale ka Coat’. Till date, the real essence of the jacket shows only when it is worn in the traditional way. Post independence, the Nehru jacket became requisite attire in every Indian man’s wardrobe. That is the kind of respect that the jacket till date embodies. Another term used to describe a Nehru-style jacket is Achkan – a coat-like garment worn during high-end ceremonies by the nobility.

Once again by traveling back in time, you can get to notice that the bandhgala in the Nehru jackets is very similar to the comparatively younger trend of turtle necks. Another innovation in the Nehru jacket is that it has become shorter and does not require buttons; a zipper instead does just fine.

During the 10th century the jacket was not actually a jacket but a short shirt worn over a longer kurta and under a certain kind of coat, only worn by men. The basic structure of the Nehru jacket, however, has remained the same throughout time. The straight cut fit is buttoned in the centre and has a mandarin collar – a style that gives the couture a formal yet elegant look. In its initial years, the jacket was manufactured mainly using Khadi. 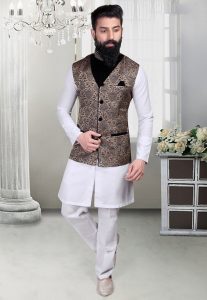 Nowadays it is made out of fabrics like linen, cotton, tussar silk, as well as velvet. Tussar and cotton are two textiles that are blended together to create a material that is used on a large scale to manufacture these jackets. Owing to the changing demands of the apparel industry and because of the alterations brought about by varied cultures of India, the Nehru jacket showcases vivid designs and patterns. Embroidery, for example, has given the fashion statement an interesting face. Achkans that are decorated and embroidered with shimmering threads in gold, silver and copper are extremely popular wedding clothes. With modern Indian women, experimenting with their closet every day, there’re now Nehru-style Jackets chopped and designed to their needs. The length of these Nehru jackets for women may vary from waist-length to knee length, along with bolder patterns.

On a worldwide platform, the Nehru Jacket that was created as early as in the 10th century, has stood by the test of time and has been able to gain tremendous popularity. Of course, there have been changes in the attire as it has grown from something extremely formal and traditional to something extremely casual and fashionable. That said, the kind of variety that is manufactured in the form of Nehru jackets depends on the occasion, season, and target audience that it is being manufactured for. The confusion over the origin of the Nehru jacket is a battlefield for the British and the Indian people. The British claim that even before the 10th century, the basic design of the Nehru jacket had been conceptualized in Britain. While this statement might be a cause of dispute in the history and origin of the Nehru Jacket, it certainly clears any air of doubt that surrounds the global appeal of the fabric.

It is however, surprising that Jawaharlal Nehru never wore a Nehru Jacket himself. And that, the only reason that it is still known as the Nehru jacket, stems from the fact that in the mid 60s, it was marketed as the West, as a ‘Nehru Jacket’.