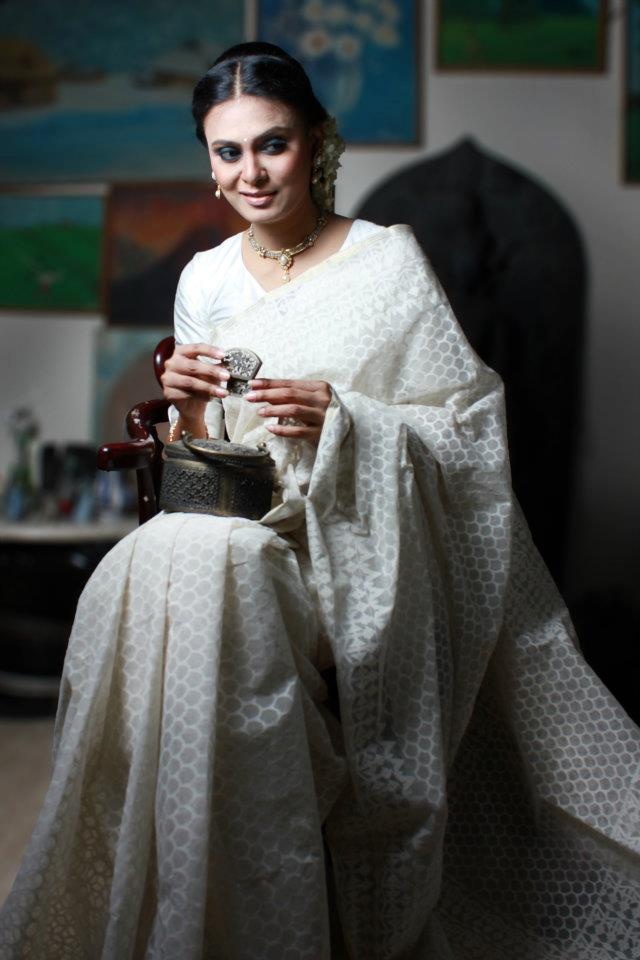 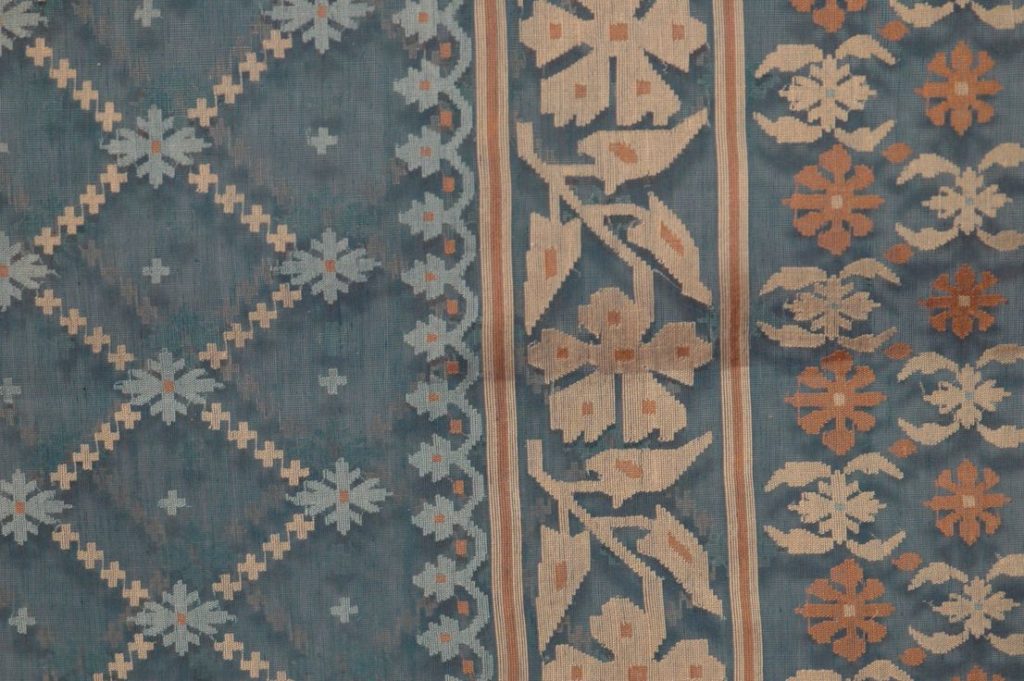 Uppada jamdani sarees are diaphanous silk saree that trace its origin to Uppada in Andhra Pradesh. Jamdani itself is a hand woven fabric that is also known as muslin. The word itself roughly translates to flower vase (which ‘jam’ meaning flower and ‘dani’, vase). The name comes from a Persian origin. It is also said that this technique of weaving has Bengali roots.

Historically speaking, Jamdani as a technique was first written about in Kautaliya’s Arthashastra. This book dates back to the 3rd century and is essentially a book about ancient economics. This style of weaving was widely prevalent in Bangladesh. It slowly seeped into India as trade between the two began to flourish. Eventually, these were produced in Uppada in bulk.  The artisans in this region became quite adept at producing uppada jamdani sarees, leading to their popularity now.

The motifs and patterns that are used on Jamdani are mostly inspired by geometrical patterns and designs. However, they also use a lot of animal and plant inspired motifs. It  is considered typical of the fusion between Persian and Mughal aesthetics in the Indian subcontinent.

The Making of Uppada Jamdani Sarees

Jamdani is created in a very interesting manner. Two weavers are required to sit in a pit loom and work in tandem to make this fabric. The weft and warp threads that are needed for the background are passed from one weaver to the other. Then, the designs that need to be added are weaved in and added, the way embroidery is usually done.

When it comes to the styles of Jamdani, there are two main types:

Butidar
In this style, floral patterns are created throughout the body of the fabric.

Tercha
In this style, the floral motifs are created diagonally across the body of the fabric. In terms of the floral network, it is referred to as “Jhalar”

Due to a lack of demand, Jamdani product is actually on the decline and as a result, more and more artisans are shifting to different forms of garment design and creation. The artisans who still want to continue their profession are now resorting to creating less detailed garments.

Uppada Jamdani Sarees are considered formal wear and can be worn for weddings, festivals and other occasions. Like most sarees, this saree should be paired with high heeled shoes as they complement the grace and fall of the saree itself.

Red Jamdani Sarees Were Popularized in the 1960s