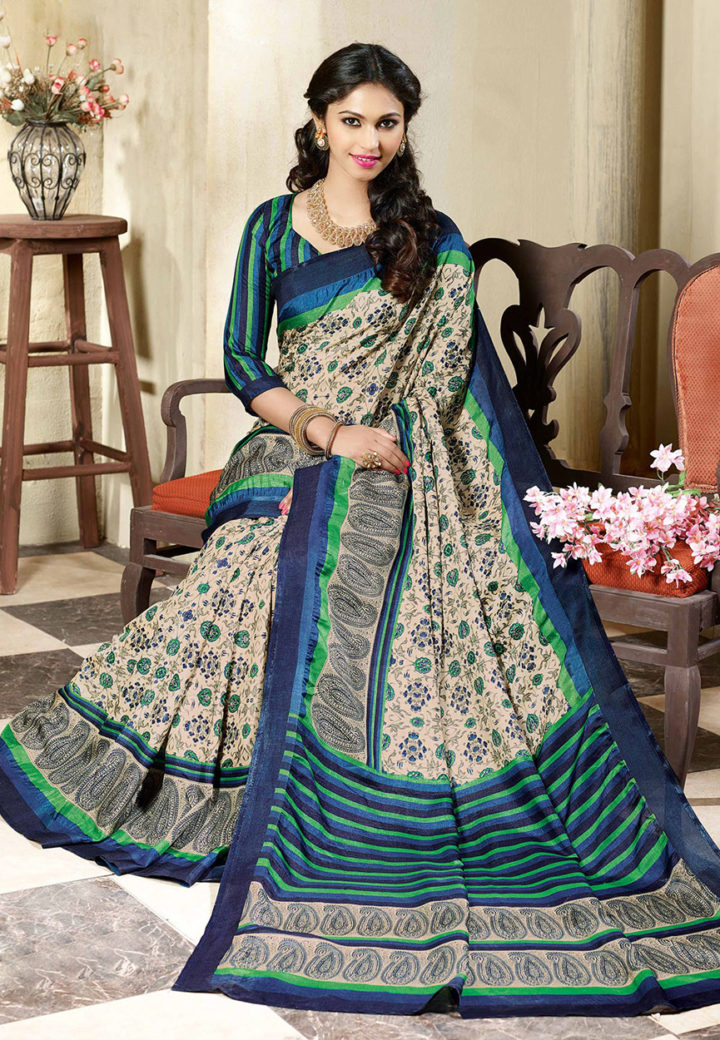 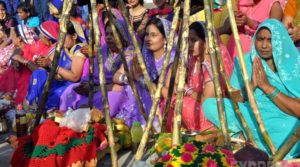 Known as Land of Buddha, Bihar is a place with a fascinating history. Bihar has given birth to many intellectuals whose knowledge has enlightened the world. The people of Bihar follow its ancient traditions till date and the cultural heritage of the place is still very much alive. The festivals, songs and the costumes worn by the people of Bihar is the mirror to its culture and traditions.

The traditional dress of Bihari people consists of dhoti-kurta for men and saree  for women. The effects of western culture have also affected the lives of the people of Bihar as western shirts and trousers are becoming popular among the both rural and urban male population and salwar kameez for women in Urban Bihar. An elderly Hindu man prefers to prefer a dhoti that’s an Indian loin cloth, an elderly muslim wears a lungi, kind of a petticoat or a pyjama and on top they usually go for kurtas or t-shirts. A true amalgamation of East meets West.

Costumes Of Bihar are known for their handwoven textiles. Tussar Silk sarees still remain at the forefront of the unique and individualistic Bihari dressing style. No one can deny the fact that Saree is one of the most sensual attire of an Indian woman. The history and origin of Sari seems to go back to when civilization as a whole came into existence.

Evidence found clearly states that women in the Indus valley civilization used to cover themselves with a long piece of cloth draped like a trouser. The prakrit word known as ‘Sattika’ mentioned in the Early Buddhist literature got shortened into Sati which further evolved into Sari. A statue recovered from the Indus Valley civilization depicts a female priest wearing a cloth draped like a sari.

Though western shirts and trousers are becoming popular with the Bihari people, they still they like to dress up in traditional attire. Women folk are usually found in sarees worn in “seedha aanchal style”. In Mithila, a unique part of a man’s dress is the Paag, which is a turban whose color symbolizes the status the men in Bihari society.
Saree has become a much sought after attire, not only for the women of India but for the women living in different parts of the world. 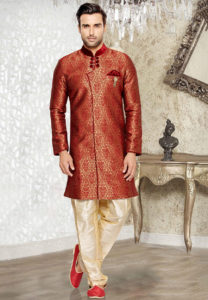 For special occasions, men in Bihar wear specially stitched lavish sherwanis or kurtas with churidar pyjamas. At this time they resort to attractive apparels with their matching traditional jewellery. Women too bring out their heavy embroidered sarees which they have kept aside for special occasions and ceremonies and adorn them with dramatic make up and jewellery, which is also a sign of prosperity.

Saree, the traditional attire of a Bihari woman is available in wide range of colors, fabrics and designs. According to one’s choice one can always get a saree worn on special occasions or for normal wear. There are also many different ways a sari can be worn. 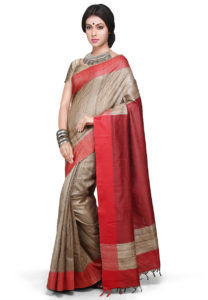 A way of draping a sari differs from place to place. Since ancient time’s sari has been worn with different styles and till now many new styles are being experimented with. But it is only in modern times that the main aspects of the Sari-that are the blouse and the petticoat are carried over.

Chandrahar, Tilri, Panchlari, Satlari and Sikri are the common accessories that a Bihari women adorn themselves with. These women are very passionate about jewellery. The popular adornments are bangles,rings for hands and anklets. It is also interesting to note that men in Bihar also inhabit a penchant for ornaments. They groom themselves with bala or bali (bangles) in Shahabads, Patna and Gaya. The beaded necklaces are a new trend that is on rise these days.

Sari is a world famous attire now. One can opt for this attire anytime to look graceful and sensuous on any occasion.  It is the perfect garment to enhance the beautiful curves of a woman. Salwar Kameez is also the most comfortable traditional attire many Indian women still choose to wear. Even the traditional dress of Bihari men, i.e Dhoti is worn everywhere in the world but is known by different names.