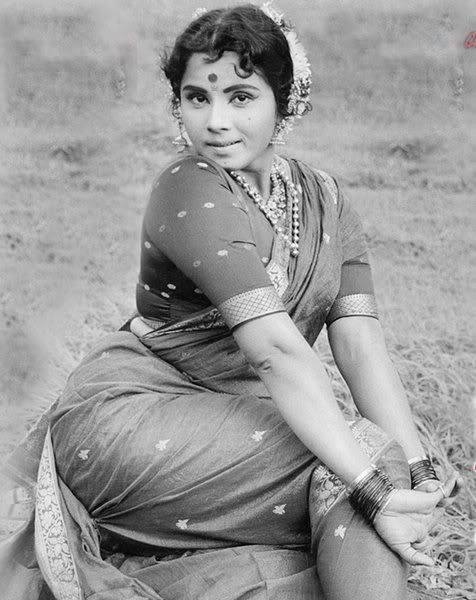 The Kashta or Kasta as it is sometimes called is a type of drape of a saree that is most common along the Konkan coast of India, namely the states of Maharashtra, Karnataka and Goa. As a result, this particular type of drape is also known as a Konkani style drape or a Nauvari style drape. A saree worn in this style is also called a Sakachcha saree. One of the unique aspects of this type of a drape is that the saree is beyond the normal length of 6 yards. 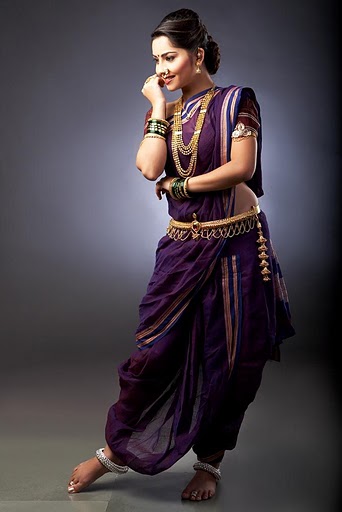 The Kashta drape takes inspiration from the male Dhoti and therein lays its real beauty. The drape of the saree affords the wearer comfort and freedom of movement. The reason behind this drape was that the Marathi women often showcased their abilities as well as calibre by assisting the Marathi warriors during times of war. The drape of the saree ensured that their movement was not hindered by their clothing in any way. Due to its connection with warriors and other upper castes, the Kashta Drape is most commonly worn by Brahmins.

The saree that is usually associated with the Kashta drape is quite colourful and has a think golden border. The blouse that is worn is generally quite simple and straight forward. Interestingly, due to the way that the saree is draped around the lower body, there is no need for the wearer to wear a petticoat.

When it comes to jewellery, intricate gold necklaces are usually paired with the Kashta drape along with simple bangles. Women also wear a Gajra, which is a flower garland worn in the hair. Sometimes, a Nath or a nose ring also accompanies this type of dress. The kamarbandh is also a popular accessory with the Kashta. Depending on the wearer, it can be elaborate and heavy i.e. made of precious metals and jewels or simple and made of imitation gems.

There is no restriction as to the material of the saree that is used for this kind of drape. However, stiffer and lustrous fabrics like silk are used. However, since silk is a heavy fabric, reserved for special occasions, silk blends are worn on a daily basis. 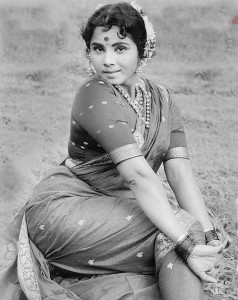 The use of the Kashta drape is concentrated to Maharashtra and some parts of Goa and Karnataka. It is now worn only by the women of the working class on a daily basis. It is also a common feature in the rural areas in the Konkan region. This drape has seen a reduction in use as it is considered far too revealing, in the sense that the back is exposed as is the midriff. As a result, it is quite difficult to see the Kashta drape being employed by women in major cities, even though it was a hallmark of Mumbai at one time. In most Bollywood movies, the Kashta drape is worn during dance as a means to titillate.

The kashta is the drape that is used by performers of the Lavani dance. It is a folk performance in Maharshtra which is performed by women wearing the Kashta drape.

A Kashta is quite similar to a Maharashtrian dhoti in looks and the drape. The saree is held lengthwise and the centre of the saree is placed at the centre at the back. The ends are then brought forward and tied securely. After this step, the two ends are wrapped around the legs. After this, two ends are passed over the shoulders and are used to cover the upper body.

The Koli Drape is anmed after the Koli community that migrated to the region from the states north of Maharashtra, namely Rajasthan, Gujarat, Uttar Pradesh and Haryana. The women of this community wear the saree but it is cut into two parts. The first cut is tied around the waist while the second cut is tucked at the upper part of the body and is pulled over the head over the left shoulder to complete the Marathi look.

Due to the complexity of tying a Kashta drape, many places have started to sell ready to wear versions which make wearing the drape a much easier task.