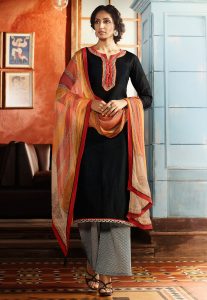 Linen is a fabric used widely in the fashion industry and is made of fibers that are procured from the flax plant (also known as linseed). This fabric is known for being extremely sturdy, durable as well as highly absorbent, which is why is it used not just to create clothes but also to make towels, tablecloths, bags, aprons, napkins and cushion covers. Linen, like most other fabrics, can be embroidered on or printed on to create different patterns or designs as per the creative vision of the designer working with it.

Linen is one of the oldest fabrics and the earliest evidence of it being manufactured dates back to Egypt, approximately 4,000 years ago. Clothes made from this fabric were worn by the wealthier members of society as it is slightly harder to manufacture linen when compared to the manufacturing of other fibers and fabrics. The Egyptians indulged in a trade with Phoenicians who had their own merchant fleets, through which linen was traded with the people in the Mediterranean areas as well.

It is through trade that linen eventually reached Ireland, where one of the most systemized means to actually produce flax have been documented. Once this fabric was filtered into England, it came to India during the British Rule. Largely worn by wealthier British people, the fabric was eventually produced in India as well to cater to their needs.

The Making of Linen

Linen is basically a bast fiber, which means that this is a fiber that is obtained from the inner section of the bark of the plant (also known as the phloem) which is why is has superior tensile strength when compared to other fabrics. In order to get the longest fibers (as these determine the overall quality of the fabric), flax plants are harvested by hand or the stalk of the plant is cut close to the roots. The fibers are then pulled away from the stalk and this is done through a process known as retting wherein bacteria is used to decompose the natural pectin that acts as an adhesive and binds the fibers together.

After this, the stalks are submitted to another procedure which is known as scutching. In this process, all the wooden portions present in the stalks are removed completely by crushing the stalks between metal rollers. The fibers are then separated from the mass (and other items like tow, shive and linseed are set aside to be used for other things). After all of this is done, a process called heckling takes place in which the fibers are basically separated from each other with the help of a comb.

These fibers are then processed and treated after which they get spun into yarn (or they can also be woven or knit into textiles of linen). Once these textiles are created they can be dyed any color, or bleached, printed on or embroidered on, as per the needs of the garment or ensemble that ends up being created.

There is also an alternate method that is used to create this fabric. This method is known as cottonizing and it is mainly a much faster (and less rigorous) method that also requires less equipment. In this process, the stalks of flax are processed the same way that cotton is processed and traditional cotton processing machinery is used to attain this. But, the drawbacks of this method are that the finished product lacks the distinct look and feel of linen. This, then, rather defeats the purpose of harvesting this fabric. 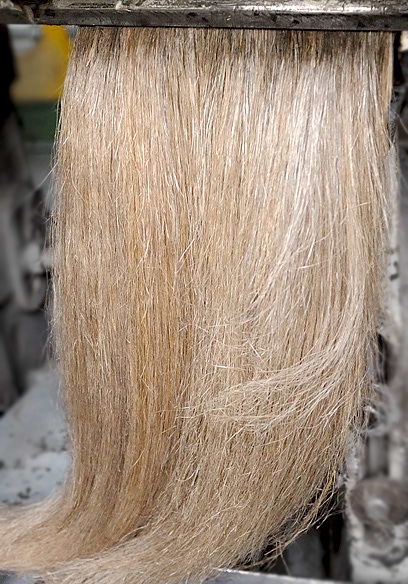 Linen is widely used in the fashion industry to create a variety of garments such as pants, dresses, shirts as well as Indian ethnic attire in the forms of linen sarees and salwar kameez sets. This fabric is extremely popular because it is considered to be a cool and refreshing fabric to wear, which makes it ideal for the hot temperatures in the Indian subcontinent. This fabric is also used to create Moccasin shoes. During summer, loose fitting linen pants/pajamas for both men and women is considered to be the ideal summer wear and is very popular in prominent urban centres.

Apart from clothing, linen is also used to create bath and bed fabrics, commercial furnishings and home furnishings, and industrial products such as canvases, bags and so on. It is also used widely as canvas to create oil paintings as it is highly absorbent.

When it was first manufactured, linen was considered to be an extremely rare and expensive fabric; however, it is now being manufactured in all parts of the world. The flax plant thrives in most climates although, the top quality producers of both, this plant and the fabric, all come from Western Europe and Ukraine. Over the last few years, the production of linen in bulk quantities occurs mostly in East European countries and China however, when it comes to finding the highest quality, the best products come from certain niche producers in Italy, Belgium and Ireland as well as certain countries and cities such as Austria, Germany, Lithuania and Kochi in India, among many others.

In India, Kochi is the leading the producer of linen and exports the fabric to well-known international brands.

In the 1970s, only a stunning 5% of the total linen production in the world was used for creating garments by the fashion industry however, that number increased to 70% by the 1990s. The fabric is now used to create almost every form of Indian ethnic garments as it is extremely versatile. 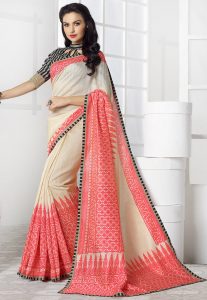 Linen clothes tend to have a fantastic fall and fit and are best suited to formal wear, although informal, casual clothes are also created with this fabric. As linen has a very rough, natural look to it, it is always more aesthetically pleasing to pair this fabric with simple minimalistic accessories, such as wooden jewelry. When wearing white linen or cream linen, colors work very well in accessories, in that this fabric really helps them stand out.