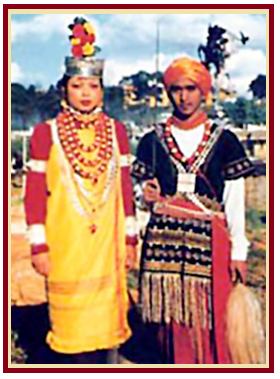 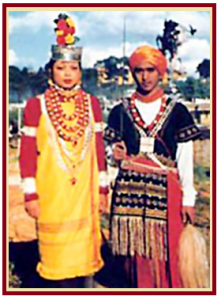 The northeastern state of Meghalaya is well known for its amazing natural beauty. Just like every community-based in India, the tribes in Meghalaya also have their own way of celebrating the joyous union of matrimony between two people. The traditional wedding ceremony in Meghalaya is unique in every sense of the word as it symbolizes matrilineal in which mother-line surnames are inherited. There are several tribes that call Meghalaya their home and Khasi and Garo tribes are amongst the popular ones. The Khasi tribes are in fact the largest and they largely follow the matriarchal system.

The matrilineal society of Khasi tribe of Meghalaya is a fine example and worth taking an inspiration from. The women of this tribe are treated with respect and their rank is always higher than the men and the same can be seen in the Khasi weddings as well. Marriage alliance between two people of the same clan is not allowed in the state of Meghalaya. Some intriguing customs and traditions in the Meghalaya weddings include the practice of girls proposing to boys. 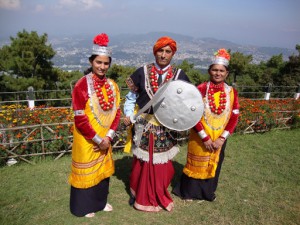 Traditional weddings in Meghalaya are elaborate in nature and are usually preceded by an official engagement of the couple. A marriage is celebrated in Meghalaya only after both the families involved, agree to the alliance. The ceremony takes place at the abode of the bride and the couple exchange rings or betel nut bags. There is no existence of dowry system in traditional Meghalaya weddings. Both girls and the boys of the tribe have the liberty to pick their own desired partners and in some cases formal wedding ceremonies do not take place at all.

The marriage is sealed once the groom shifts into the bride’s ancestral household. The Khasi tribes of Meghalaya have different customs and traditions which are unique in comparison to any other wedding practiced across the nation. The woman is regarded as the only custodian of all the wealth and the children of the wedded couple take the mother’s maiden name as their surname.

Just like the traditions, the wedding attire in traditional Meghalaya wedding is also unique and is a unique representation of the culture intrinsic to Meghalaya. As a part of the tradition, a portion of the bride’s wedding attire as well as jewelry is given by the groom. The bride dresses herself in traditional Khasi outfit for her wedding day. She wears a dhara or Jainesm as it is known in local language. Both of these dresses are quite detailed and comprise of not one but several pieces of clothing, and hence give a cylindrical shape to the woman’s body. The Jainesm includes two pieces of contrasting fabrics, which rest on each shoulder. The bride also wears a crown on her wedding day which is either made from gold or from silver, and a peak is attached to its back.

The groom too dons a traditional outfit for his special day which is known as Jymphong in Meghalaya. Jymphong is actually a long coat without any sleeves or collar, and it is fastened with the aid of two straps attached in the front. Now-a-days most grooms also team up their Jymphong with sarongs, and some of them also wear turban on their heads.

Both the bride and the groom team up their wedding outfits with apt accessories for their special day. The bride accessorizes her outfit with various ornaments such as necklaces and earrings made from silver or gold. She also wears a gold pendant known as Kynjri Ksiar and donning an ornament on the head is an important custom for the brides in Meghalaya. 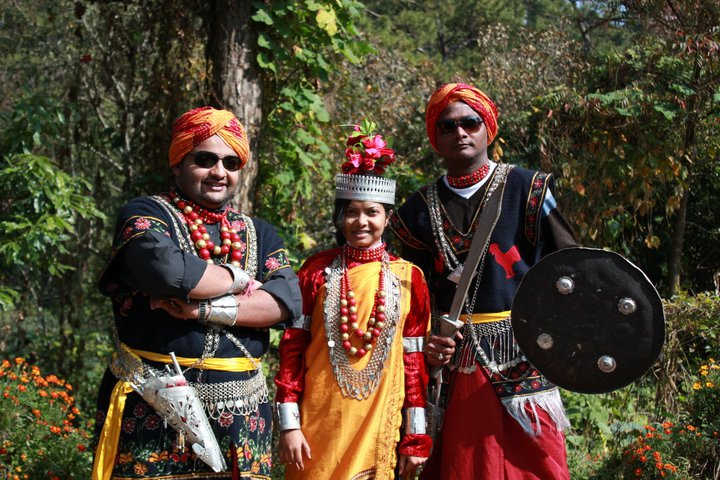 The wedding attire and jewelry call for proper care and maintenance so that it can be preserved for a long period of time. Wedding attire is cherished for the entire life by the couple as it reminds them of the beginning of their new life.  The best way to maintain the attire is to send it for dry cleaning, and then to store it in a plastic bag or a large card board box which can keep the colors from fading.