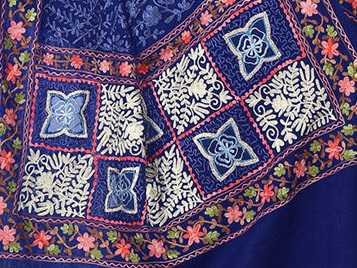 A pen like needle which resembles the shape of a crochet needle, gives rise to an intrinsic form of artwork called the ‘Aari work’. In this artwork beads and ‘muthia’, a sharp edged needle is put to work, which creatively gives rise to chain stitch kind of imprints. This work is popular for its delicate and finest threadwork which enhances the essence of hand embroidery. 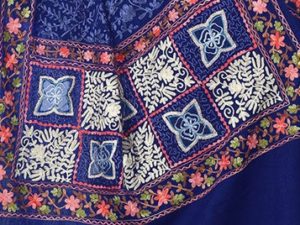 Aari work traces out its emergence way back in the 12th century, which marked the rule of the Mughal emperors. Floral motifs, traditional designs and fascinated the Mughal royals during that period. This popularized and brought Aari work into the limelight. With time, places like Kutch, Lucknow, Uttar Pradesh, Rajasthan, and Delhi  started recognizing the specialty of Aari embroidery, which marked the gradual popularity of Aari embroidery.

Aari work has always been considered one of the most tedious  forms of needle work.  Today, with the help of advanced stitching procedures, and the role of more artisans, it takes lesser time to complete the embroidery work on an outfit.

Aari work began with a simple procedure of using a lead pencil to sketch the design on the fabric, after which a needle was put to use which pierced holes along the lines of the design. Then the threaded needle was inserted into the fabric, and when it came up, it emerged with a loop. Through this procedure, the fine stitched pattens led to the evolution of Aari work as an individual art form.

The fabric is first stretched over a frame to remove uneven, loose folds in the fabric texture. The frame comprises four wooden spars resting on wooden posts. Next, using thick cotton thread, the fabric is sewn on to the wooden frame. More often than not, Zari, Cotton or Silk threads are used in embroidery. One of the main features of Aari work is the fine embroidered patterns on the fabric. At times, artisans embellish the outfit or cloth with sequins, stone etc in between the embroidered patterns.

Aari work was initially executed by the Muslim communities residing in India. They mainly used a hooked needle, or the Aari. Aari work is also said to have parts of its original essence in Barabanki, which named it as Katla work as this artwork was executed on a frame which was based on the ideologies of a cot. Mochi embroiderers done by artisans in regions of Kutch also formed the original faces behind this fabric, as they used the ‘Aari’ needle to redefine the essence of traditional beauty.

Aari work involves the implementation of a galore of beads and needles. Salma, Gota, Nakshi, Dabka and Aara are some the varieties linked to this artwork, which plays an equal role in enhancing the beauty of the fabric. Aari work is generally associated to floral motifs as well. Even katori, sitara and tikena are some of the other elements that are used in this embroidery form. All of them help in creating more intrinsic and innovative designs.

As Aari work can now be seen in many types of garments, occasions like parties, religious ceremonies, weddings, and other formal occasions are perfect for donning dresses embellished with fine Aari embroidery. Apart from these occasions, this fabric can even be worn in all seasons, irrespective of any time of the year.

Dry cleaning washes are initially recommended for this fabric. Besides, soft ironing and gentle hand wash are suggested to retain the newness of the fabric. 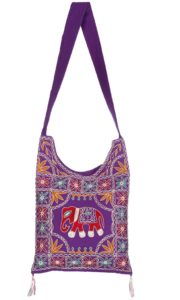 Crediting its ‘all seasonal’ convenience, this fabric has increased the demand meter across the globe. Even western countries are attracted to this fabric which has made it a global outfit suiting every occasion.

Traditional and ethnic jewelry are the best preferences for this fabric. Keeping in mind its cultural essence, Indian jewelry can be considered the ideal accessory to go with it.

Chronicles of the Future foretold

With the rising popularity of Aari work fabrics, international markets are winning more sales escalating the sales in India. Even the interiors and remote places of India and abroad, have noticed the magical worth of this fabric.