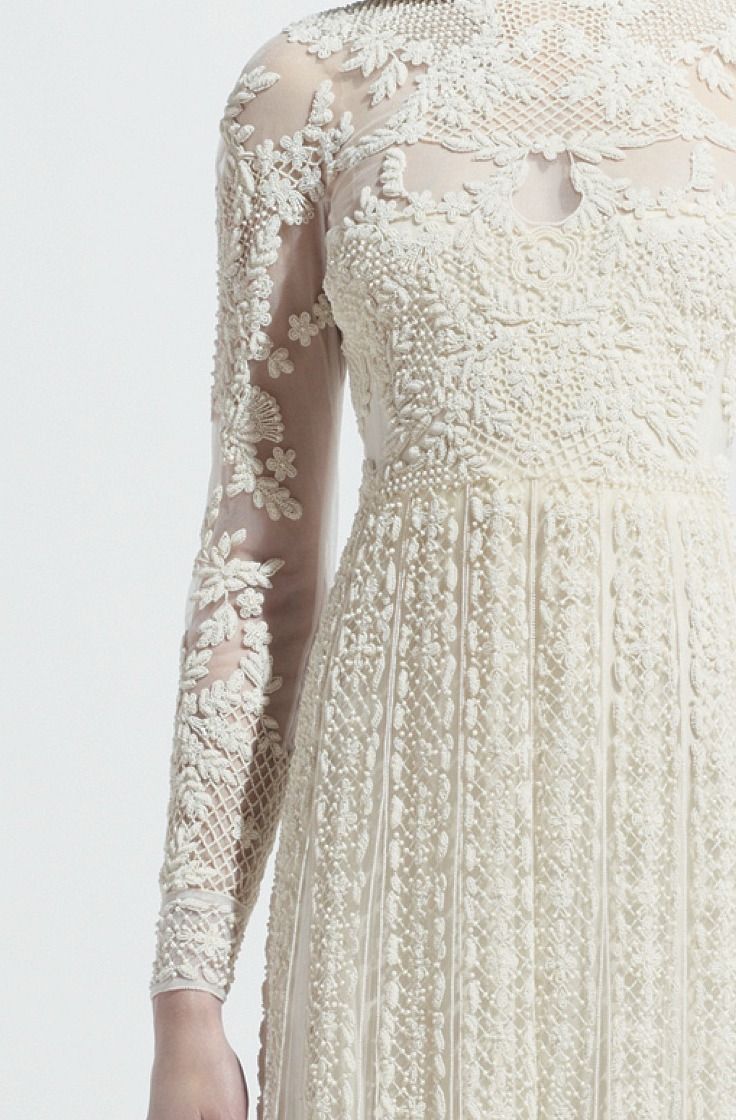 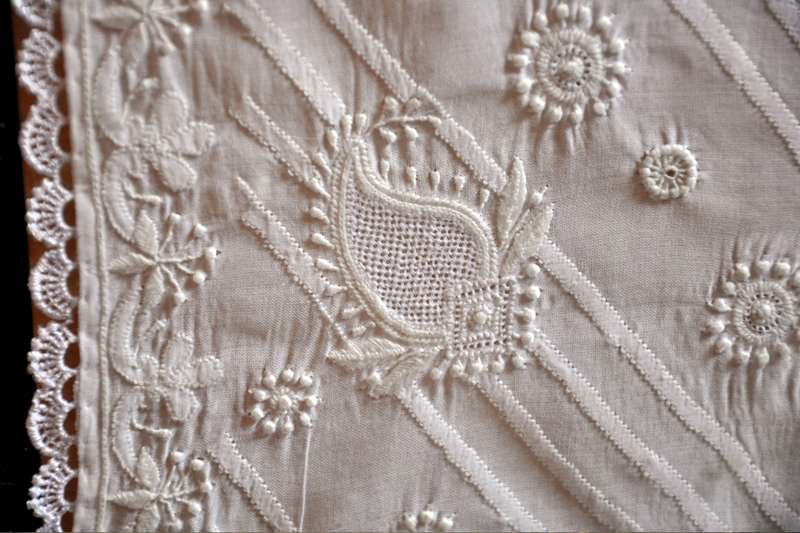 A Close-Up of Chikankari on Fabric, Featuring Murri and Phanda Stitches (Image: http://www.dsource.in)

Although this is not a historically recorded fact, Chikankari work is said to be introduced to India by Empress Nur Jahan (wife of Shah Jahan) and the name itself comes from the Persian word Chakin, or Chikeen, which refers to cloth wrought with exquisite needlework. However, other theories suggest that Chikankari embroidery originated as craftsmen were inspired by the intricacy of designs on Mughal architecture and wanted to create garments that reflected the same styles of patterns and intricacy. Nonetheless, regardless of the authenticity or either theories, there is no disputing the fact that this form of embroidery originated in Lucknow, which is now the capital in India for Chikankari work.

Chikankari embroidery is largely influenced by Persian elements. Thus, the images created with the help of this embroidery are usually pertaining to nature (such as animals, flowers, vines, trees, peacock and so on). As both, Murri and Phanda stitches are used to fill in the center of flowers, the recurring motif or pattern that one sees while examining this form of stitch is in the form of flowers or vines.

Chikankari Saree in All Its Glory (Image: http://www.pinterest.com)

The making of this stitch

Murri and Phanda stitches are created by hand; where one hand is used to insert the needle while the other supports its movements so that the correct patterns are created. Murri stitches are extremely small that are created with satin. They are created by forming knots over the outlines of taipchi stitches. When satin stitches are used, as is the case with Murri, fabrics that are delicate in nature, such as linen, muslin or silk are used to create garments.

Phanda is considered to be a more intricate version of Murri. Here, there are knots created as well. However these knots are much smaller and far more delicate. Apart from this, the process of creating the garment follows the traditional steps of cutting, tailoring and dyeing before being sold. At times, with certain styles, the embroidery is done from the wrong side of the cloth to create an interesting pattern.

The entire repertoire of Chikankari stitches, including the Murri and the Phanda, can be seen on salwar kameez sets, saris and on lehengas (although, chikankari lehengas are uncommon, except in Lucknow).

Murri and phanda stitches can be sown onto various fabrics and items, not just restricted to the fabrics used in the fashion industry. These stitches are also used on Chikankari cushion covers, bed spreads, rugs, embroidered vests and so on.

Lucknow is the main hub in India for excellent and intricate Chikankari work. It is said that there are over 5000 families that are involved in the art and have extensive knowledge about the creation of the murri and phanda stitches, their uses and common combinations that go well with them. The extent of usage of these stitches depends largely on the extent of embroidery on the overall garment along with the motifs that are being created on them.

Since these stitches are integral to Lucknowi chikankari (chikan work that comes from the city of Lucknow), one will see them on classic fabrics in light and pastel colors. However, in the recent years, Chikankari has been done on georgette, chiffon and other light and modern fabrics in light as well as dark hues. This therefore is testament to the versatility of the stitch and how it can be used on any fabric, as long as the skill of creating the perfect murri or phanda is applied.

Nevertheless, there has been no mixing in the different styles of embroidery in India and the murri and phanda stitches remain unique to the art of chikan.

1. A total of 90% of the artisans that create chikan embroidery are women.

2. When created by hand, a full sari containing murri work can take anywhere from 8 months to 10 months to complete.

3. There are over 36 different stitches that can be used in Chikankari work.