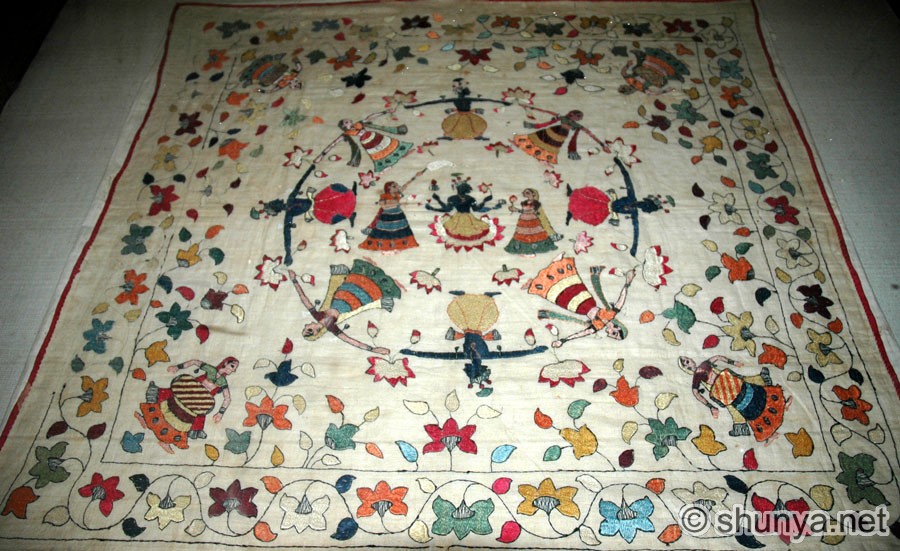 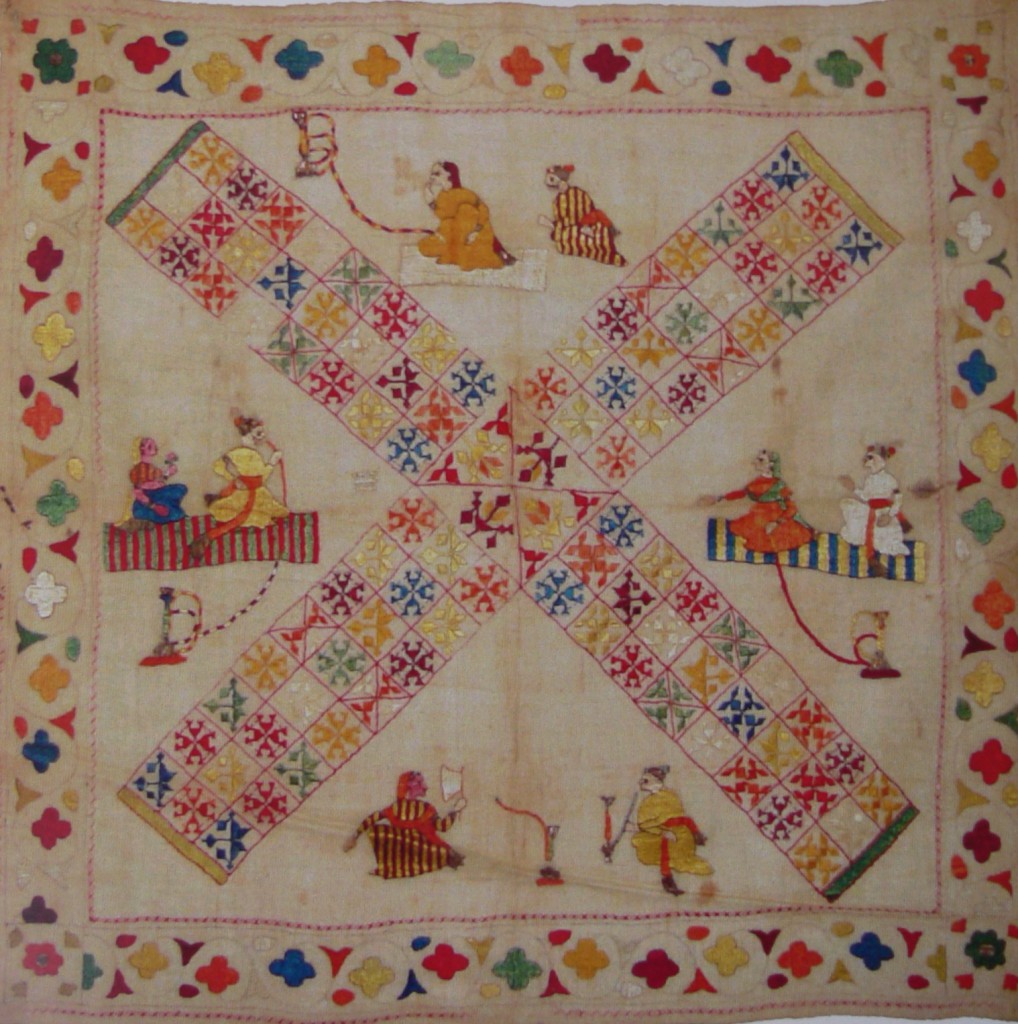 Popular for its art and embroidery, a little town called Chamba, is located in the hills of Himachal Pradesh. The small yet graceful settlement of mountain dwellers gave birth to an intricate form of needlework known as the Chamba Rumal. It is presumed that the subjects were drawn in outline by the women on the court. Chamba embroidery designs were based on nature, mythology, articles of everyday use and happenings of everyday life, animals, birds and trees etc and geometrical designs are also very popular.

Chamba, situated on the river Ravi, was one of the most important centers of miniature painting.The dreamlike quality of the background coupled with women of porcelain like beauty developed its own characteristics in Chamba. It is said that the King and his nobles employed the painter to record important happenings in the court including musical modes, seasons, mythological subjects, agony and love. The ladies of the court created the same motifs with their needles with an equal amount of skill of the painters.

Literally, the word ‘chamba rumal’ refers to an unconventional form of visual art achieved by beautiful embroidery created on a hand spun cloth using an untwisted silken thread which seeks its roots in pahari (mountain) paintings. Practiced in regions of Himachal Pradesh and Jammu, this intricate yet traditional form of pictorial embroidery remained the essence of pahari culture and the epitome of their tradition. The term derived from the Persian word Rumal which means a handkerchief.

Khaddar or unbleached muslin is usually the cloth employed for chamba rumal embroidery. The intricate design was achieved by incorporating it onto the cloth using a fine brush to draw outlines. This was accomplished by female pahari painters and embroiders themselves. The embroidery is done in soft shades in small double darning stitches which appear the same on both sides. Outlines and details are worked in double running stitch and sometimes small patterns on costumes and other details are shown in colored darning stitch.

Chamba embroidery mainly revolved around deities, such as Shiva, Ganesha, Durga, Vishnu, Parvati, and Lakshmi. One of the favorite themes of a painter was the cheerful antics of Lord Krishna with Radha. He is shown in various poses with Radha while the gopis (devotees) dance around them. Some scenes of battle and hunting are depicted with great finesse. Various attacks which show guns, swords, spears, etc are shown. 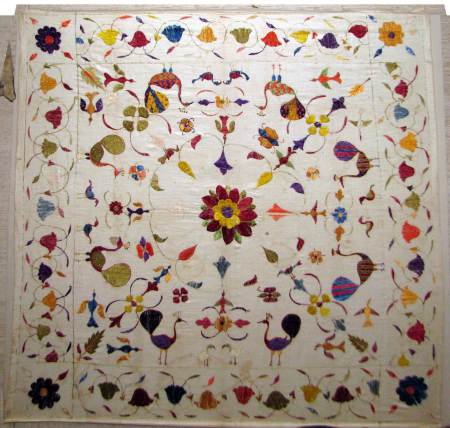 The embroiderer creates Chaupar, a game of dice played on two long bands of cloth joined together to form a cross, on the rumal with four sets of players seated on the four sides. Embroidery also showed elements of nature comprising banana, lotus flower, peacock, parrots, shrubs, monkeys, deer, fish, clouds, cranes etc. The canvas teems with life giving a tremendous sense of movement to the composition.

Khaddar, which is basically a rough, and hand woven cotton, and malmal, also known as fine muslin, were the fabrics used in creating Chamba rumal. The reason being that the off-white fabric creates a clear base for the embroidery while highlighting the vivid hues of the silken threads used for filling up the line art. Khaddar was used for Chamba rumal due to its availability, viable cost, and durability. The figures and floral patterns drawn on the Chamba rumals are filled with pat, a type of untwisted silken floss.

Gifting embroidered rumals at a girl’s wedding was customary in the hills and valleys of Himachal Pradesh. The most common subjects used as inspirations for the embroidery were wedding scenes. The rumal was an essential part of the bride’s dowry who was expected to have learnt this craft at a very tender age. As it was a dowry luxury, the handicraft depended solely upon occasions such as weddings and marriages and the ceremony would not be rendered complete without the presentation of the Chamba rumal by the bride’s relatives.

Brides were considered to be all rounders if they were well trained in the craft of embroidery of the Chamba rumal. The rumals were adorned by men and women alike. People of every class produced these rumals and hung them proudly across their shoulders. Those belonging to the elite classes preferred more intricate, complex and beautiful designs.

Chamba embroidery in done in shawls and quilts, therefore, it is recommended to dry clean the Chamba rumal and its products and keep it away from harsh sunlight which might damage its silken threads.