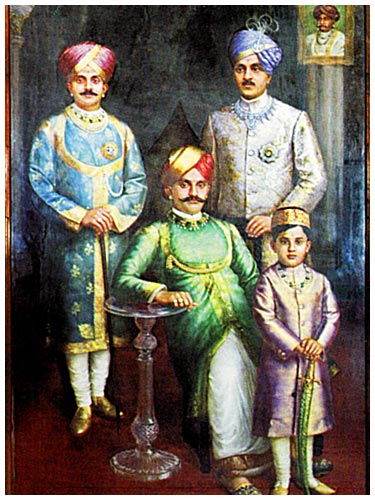 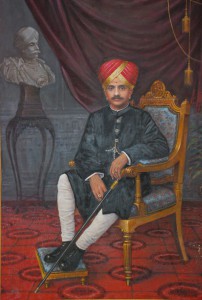 The Wodeyar dynasty, also spelt as the Wadiyars, was the Hindu dynasty that ruled the kingdom of Mysore as kings from the year 1399 to 1947. It is the only Indian royal family in the 5000-year history of India to have ruled a single kingdom for over 500 years. In Kannada, the term ‘wodeyar’ means ‘the king’ or ‘the owner’. The dynasty was established by Yaduraya Wodeyar, and Mysore governed by a series of successors thereafter, finally merging with the Indian Union after independence. The royal dynasty had a royal style of dressing, comprising a long black coat, a pair of milky white trousers and an ornate turban.

If we turn back to the pages of history containing the glorious milestones of Mysore, this princely state came into its royal existence way back during the 13th century which witnessed the royal legacy of the Wodeyar family. The 17th Century marked the expansion of this legacy which also patronized the traditional attires of Mysore. During the royal period, this traditional attire was considered as the durbar dress, which was expected to be donned by every person who went to the Durban, and whomsoever had appointments with the king. This attire also denoted status, prestige, and hierarchy to the different sections or classes of society.

Along with the traditional Mysore attire of a royal black long length coat and white trousers, a golden lace is draped around the turban which is also known as the famous Mysore Peta that added more elegance to the wear. However, some people wore the turban with the lace, while the rest wore it without the lace. A typically traditional dhoti delicately embroidered with golden zari at the border of the fabric is also draped by men across the waist, adding more charisma to the entire look. The women of Mysore donned a richly sari soaked in the finest quality of pure silk and embroidered artistically in threads of golden and with different metallic shaded colored silk threads. 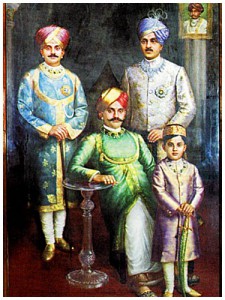 Transformations, as well as uniqueness in the traditional attires, have redefined fashion according to the preferences of the generations, but at the same time retaining the originality of the tradition. The youth of today although have a stronger inclination towards wearing the western outfits as they believe in the comfort and convenience these outfits render, the older generations prefer to stick with their traditional wears of dhoti and kurta. However, the silk and heavy embroidered saris which are donned by the women of Mysore still carry the royal legacy of the aristocracy, accompanied with the innovative essence of the western ambience.

Garments like saris and dhotis however have continued being the stylish trends of fashion owing to the ethnic soul it possesses. In the traditional costumes, the embroidered work has gone through a lot of creative transformations, by imprinting artistic motifs and designs with a western twist. More varieties of silk have been introduced in the fashion market, which soaks these costumes with varied options. Be it the zari work embedded on the pallu of the sari or even on the body of the sari, the elegance of these costumes have been enhanced and uplifted.

These costumes owing to factors like comfort as well as elegance have succeeded in entering the international garment markets who have witnessed skyrocketing demand as well as sales of these costumes. The abroad masses have welcomed these costumes as they render a sense of royalty, charm and pride to the wearer.

Men as well women prefer being decked in gold jewelry while donning these costumes. Men go in for gold chains and gold rings in their simplest form. Women accessorize themselves in gold rings, earrings, nose rings and bangles. A chain comprising of gold and black beads, which is known as the traditional ‘Mangalsutra’ also accompanies the entire attire worn by the married women.

Although these costumes have their origin sprouting out of the royal kingdoms and empires, the innovations accompanying these outfits can now grace the occasions of wedding celebrations, parties, traditional ceremonies and rituals and many other religious functions. Even festivals can be enhanced by the presence of these attires, by adding more grace to the occasion.