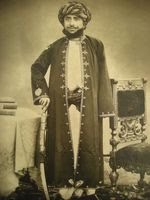 The culture of Gujarat unfolds the mystic essence of traditions which define the ethnic existence of the city. Residing in the heart of Jamnagar district of Gujarat, echoes an ethnic place called Dhrol which speaks out its existence through the cultural bond it shares with its folklore as well as with the people around. Streaked with the royal essence of the princely eras, this place has a lot to share through the medium of traditional culture and its related aspects.

The cultural and traditional existence of this place traces its emergence way back to the 15th century, which witnessed the rules of Jam Rava Jadeja, followed by Jam Lakhaji and so on, and also the 18th century which speaks of the ruling period of Thakore Sahibs, among which Thakur Jaisinhji started the royal legacy, which went on to be carried forward by many other emperors. The attires which prevailed during that era depicted a sense of class and aristocracy among the royals and were aesthetic and elegant dhotis intricately dipped in the finest quality of silk. Even their royal robes had the involvement of small beads and tiny patches of embroidery which is also popularly considered to be a typical Gujarat oriented embroidery and design patterns.

It was a mandatory factor for all the commoners to be dressed in their traditional wear while presenting themselves before the Thakur Sahibs who were mainly clothed in Kafani or Peharan. For instance, one of the specialty rural region costumes which were commonly donned by men was the costume of Chorno. It is a traditional drawer which is woven in the comfortable textures of cotton which is innovatively accompanied by an Angrakhu or a Kediyu which is shorter in length. The traditional turban which is most commonly known as a Phento, consists of a piece of thick fabric which is neatly spun around the head. The folk dances which also involved the occasions of Garba and Raas also witnesses and welcomes the traditional shade of men, as well as women who are decked in the finest mirror, embroidered costumes and turbans for men, thus by adding more glamor to the overall ambiance.

As the years have glided by, traditional costumes of Dhrol which comprised of dhoti, kehediyu, turban caps, chudidar, coats, which are both long as well as short sleeved, began to move onto the routes of innovation and transformation, which brought in the trends of casuals and western outfits. Men preferred to wear trousers instead of dhotis and opted for t-shirts and shirts to go along with the western trousers. However, the older generations have still stuck to the traditional costumes with the passing years, as the old culture is etched into their hearts and lives for a lifetime. 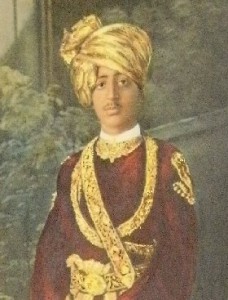 Western outfits began to replace the style trends among the generations. Hence the embroidered work which defines the ethnicity of the place began to weave itself into the western outfits, by presenting a different and an innovative look, while still preserving the essence of India. Embroidery work and patches began to fit into all the shirts, which sprouted out the traditional essence from these outfits. More colors and designs have etched their presence into the western outfits by enhancing the complete look.

The all time suitability of these outfits enables the wearers to don them during any and every season of the year. The fabrics in which these outfits are donned in today’s day and age come in a much lighter and user-friendly form, which gels well with any climatic condition.

Chronicles of the future foretold

Slowly and steadily the ethnic culture of Dhrol has managed to connect to millions of fashion hearts and minds across the globe. More and more people are embracing these costumes crediting to the comfort and to the sense of aristocracy these outfits possess.

Mostly men of Dhrol donning these traditional costumes go in for gold jewelry which presents a class of its own. Simple gold chains, rings and bracelets complete the entire royal look of the men sporting their traditional and ethnic costumes.

Be it the different folk dances and even formal occasions like marriages, traditional ceremonies and rituals, these royal costumes can mould in every occasion owing to the comfortability as well as the elegance factor that it spreads onto the wearer.