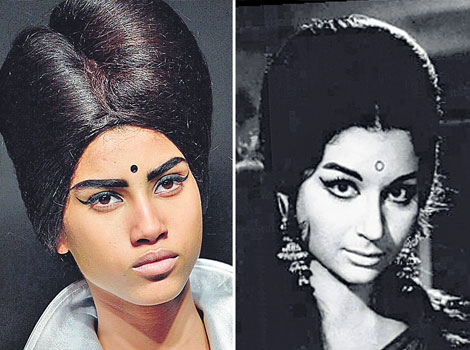 The Evolving Bindi – Right on Dot

‘Bindi’ – From the Closet to the Runway

Guess what’s round and doing the rounds? Yes, just put your finger on the bindi…the age old tradition that simply stays on and challenges every changing trend! If we go back to the lanes of history, it is clear that the bindi originated from the Sanskrit word ‘bindu’ and has been worn on the forehead by Hindu women since times immemorial. From the Northern to the Southern stretch of the country, it has been the prerogative of married women and a bold statement in every woman’s closet!

And just in case bindis remind you of big, round or oval red shapes, it’s time to look around and rethink! It doesn’t play by the rules any more – from a multitude of shapes, sizes and colors – sticker varieties and painted ones – they play a role beyond the everyday and the humdrum. Bindis in their oval, triangular and miniature art form. They have stepped out of the kitchen and look oh-so-glam! Dusted with gold and silver powder, studded with beads and crusted with glittering stones, these are fashion accessories in their own right. Decorative ones are a must-have at parties, festivals and occasions like weddings.

The Bindi’s Journey Through the Hall of Fashion

Celebrities have done wonders to the bindi. From the heroines of yesteryears to Aishwarya Rai of Devdas, from the ones sported by Sudha Chandran in television serials to the large signature ones on Brinda Karat’s forehead, every bindi says something about the wearer! The fashionistas of the West are taking to the ‘hot spot’ in a big way. Selena Gomez sported a bindi while performing at the 2013 MTV Music Awards. The annual Coachella Music Fest in California, known to be a launchpad for fashion trends, had biggies like Vanessa Hudgens and many more in the decorative bindi.

Call it the evolution of the revolution, but the circle of yore is certainly going places.  So sport a classy one and look the mirror in the eye…you are the fairest of them all!