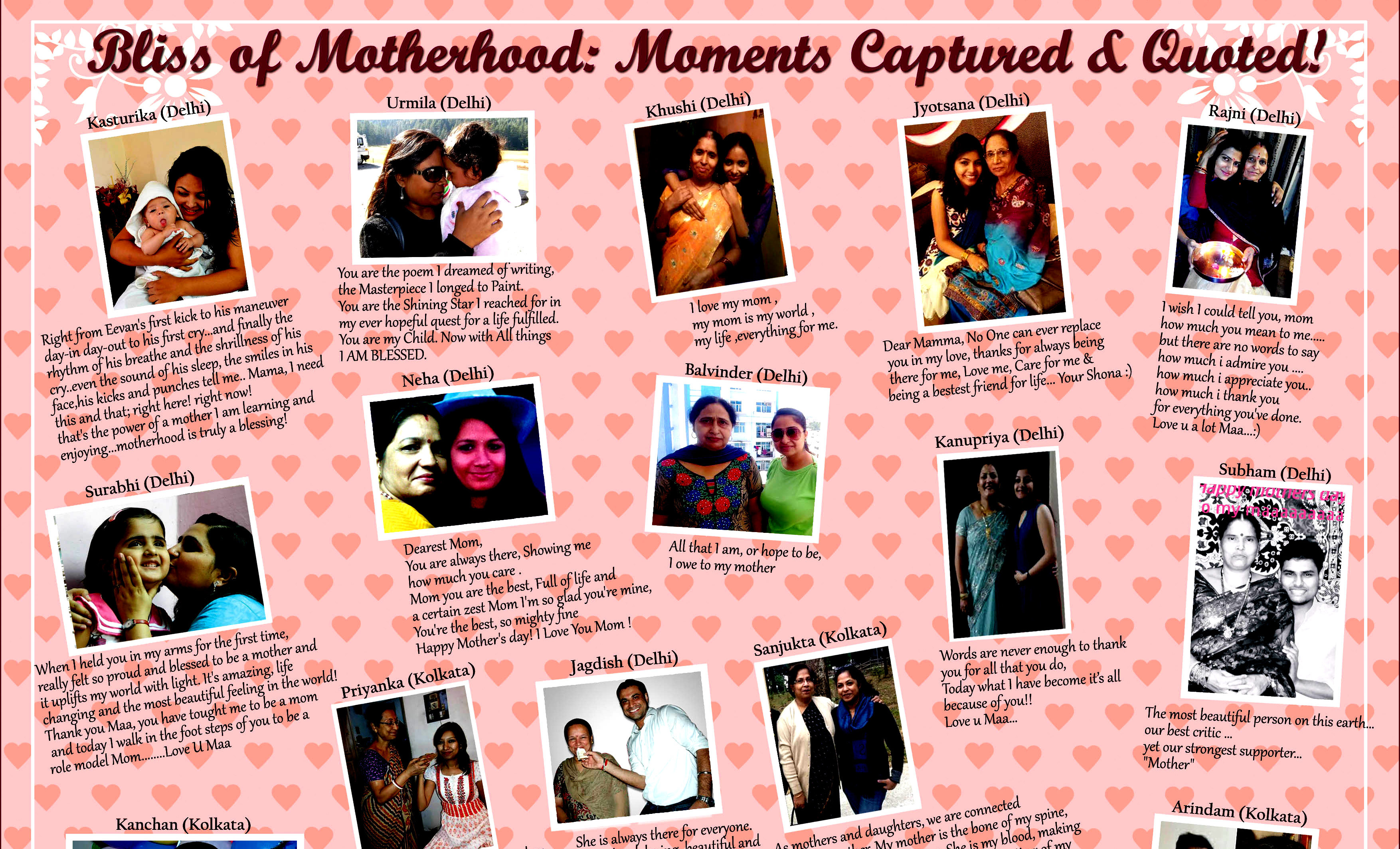 The gusto of the workaholic bunch at utsavfashion flew around brimming in the sentimentality of Mother’s Day. Our workplace evolved in a wholly different ambiance as the flurry of overwhelming mother-child portraits and messages poured in from all corners. Mother-child snapshots from childhood made one and all break into a smile of naughty nostalgia colored in numerous sepia-tinted childhood memories. Sitting at their desks, mothers penned short poems for their little ones, while some wrote down words of affection for mothers with child-like keenness, not caring about the grammar. As innocent emotions spilled out on a vibrant messaging poster, we did manage to tickle some hearts this mother’s day.

The motherhood stays alive indeed, in our hearts, in the streets, in the modish space, and with the booming youth hood. The impact of expressing this love for motherhood came into limelight with our theatrical drama from Indian TV Soaps and Bollywood. Recalling some of these famous motherly figures from Bollywood – Nirupa Roy was the sacrificing mother of Indian cinema, Reema Lagoo took the image of an ultimate homemaker and son-obsessed mom, Kirron Kher became the chirpy-melodramatic mother and Lilette Dubey being her daughter’s confidanté and the cool mom acted as reminder of the changing scenario of the mother-child equation among modern Indian families. Instance for influences is innumerable yet again there is an optimism of celebrating motherhood in the modern era. A salute to the mothers’ brigade, this Mother’s Day! 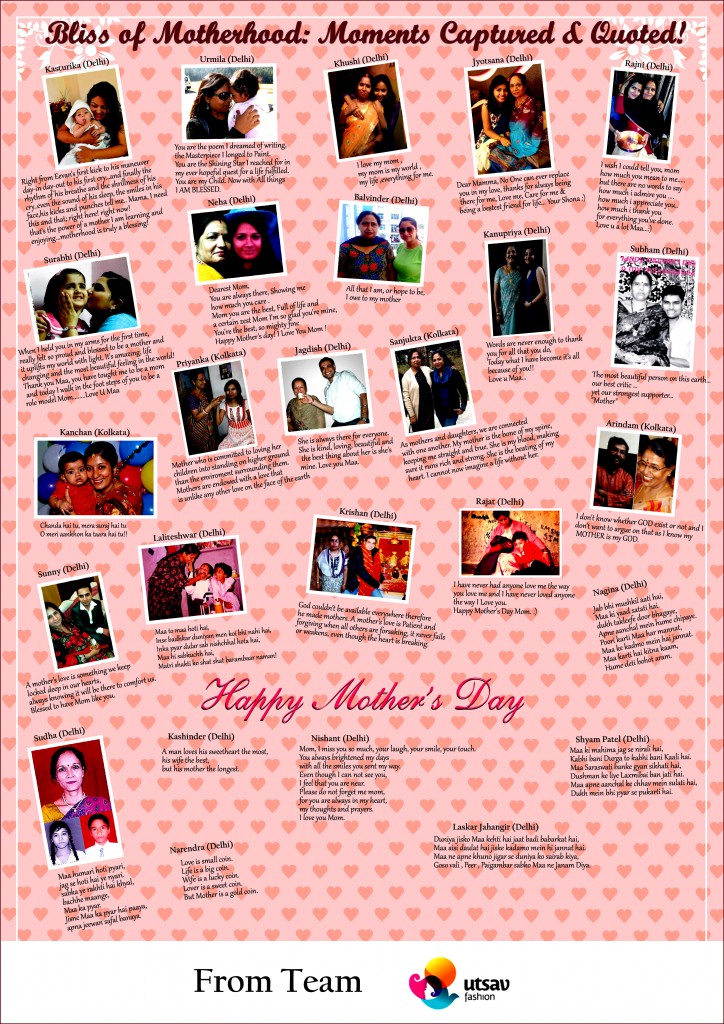