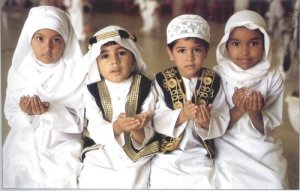 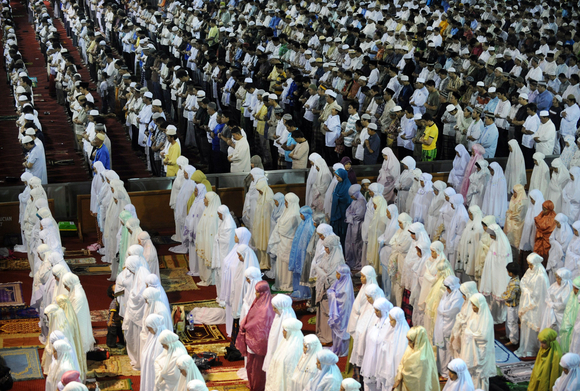 Worshipping at a Masjid or a mosque, which is a place of worship for Muslims, warrants special attire from the worshippers. While the inner sanctum is where the men worship, the women offer their prayers in the outer hall. Although the fundamentals of modest clothing and attire remain, (which is the common vein in Islamic tradition), there are special additions to the attire that has to be worn while praying. For the purpose of upholding the sacredness of the Masjid, men and women as well as children are required to cover their heads when they enter the mosque. In fact, except for the face, hands and feet no other body part should be visible.

Trade relations between the provinces of India and Arabia existed long before the Mughal era and the formal incorporation of Islam into the nation. The edicts about appropriate clothing that can be worn while worshipping at a Masjid is stated very clearly in the Qur’aan. There are three basic mandates for clothing that apply to both men and women according to the holy book:

The dress code i.e. the elements of a Masjid attire remain similar to the everyday dress code of the men and women with a few more additions that serve the purpose of respecting and honoring God with their humility and subservience.

There are usually four elements to a man’s attire to the Masjid in modern day India; the skull cap, a long kurta, a pajama and sandals on the feet. The skull cap worn by the men is often white in color whereas the kurta and pajama can be in other muted tones such as beige, off-white, pale grey, pale yellow etc. However, these days men choose to wear vibrant and/or dark colored kurtas with a white pajama when worshipping at the mosque. For everyday worship, they prefer to wear cotton garments. The kurta and pajama, irrespective of the hue, can have embroidery such as chikankari on them. In fact chikankari kurtas can be commonly seen in the Masjid. Men prefer wearing sandals or kohlapuris to the Masjid as it is easy to slip them on or off at the Masjid. This same dress code also applies to young boys who are taken to the mosque for worship. 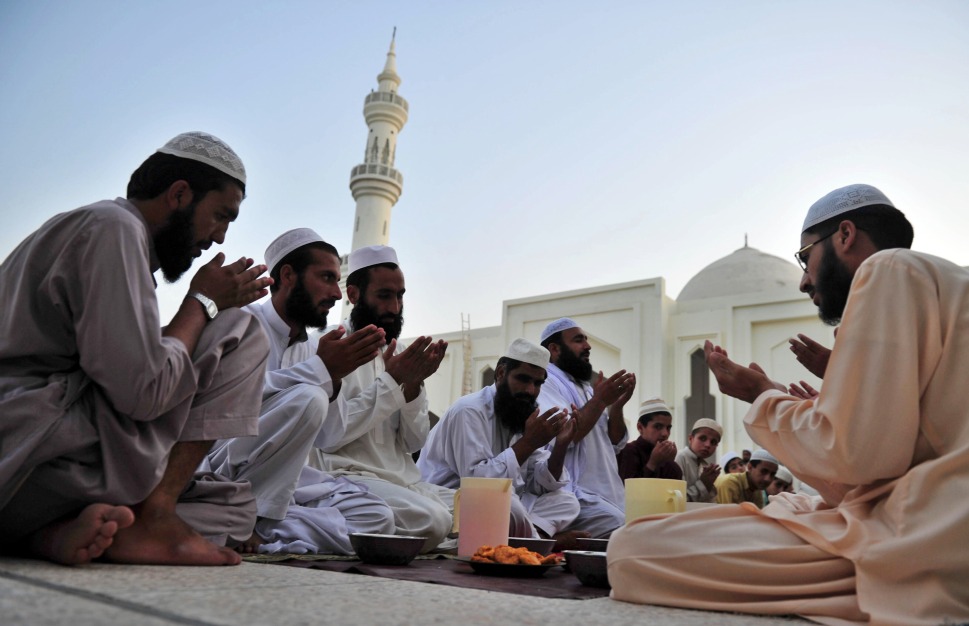 The women are required to wear a hijab fashioned out of a long, rectangular cloth in a supple material that will easily fit the contours of the face and not leave any unwanted part exposed. Secondly, the salwar suit worn by the women are semi-formal but preferably in pale colors and muted prints. Women can also choose to wear a burqa over their salwar kameez. Sandals or slip-ons are the preferred footwear by women too, for the same reasons. With the women’s attire too there are no restrictions on the kind of embroidery that the clothes can showcase. In fact, the eagerness of the devotee is reflected in the way they dress. Crystal and bead work, stone work, gold and silver thread embroidery, resham embroidery are among the many embellishments that can be seen on a woman’s masjid clothing.

Teenage girls also adhere to a similar dress code when going to the mosque. However, the difference lies in the preference of a white hijab for the girl. This is symbolic of her purity and chastity, which are prized virtues in the Islamic tradition.

Both women and young girls can adorn their hands and feet with henna or jewelry such as bangles and worship in the mosque. However, the face should be kept clean and devoid of any ornamentation.

Around the time of Eid, the men and women usually worship at the mosque in grand, formal attire. Both wear silk garments with heavy embellishments on them. The burqas worn by them women are special and dressier than their daily wear. Both men and women can also be seen wearing formal and heavily stylized footwear that is a reflection of the festive mood in the community.

Masjid clothing has been inspired Arabian attires of old. The Pathani suit worn by men in the Middle East still remains the accepted dress code for men visiting the Masjid. An addition to regular Islamic clothing for men is the wearing of the skull cap. In their day to day lives, the men may choose to not wear it for practical purposes, however wearing it to the Masjid is a must at all times.

Similarly, the women too are dressed in a salwar kameez with a hijab around their faces. On a daily basis, women may choose to wear a burqa or not necessarily wear a hijab when at home. The hijab, however, is essential whenever a woman is offering her prayers.

There are many innovations and inventions in the traditional Masjid clothing. Some have come about due to need and necessity and others for the sake of variety.

For instance, it is no longer customary for men to wear only white skull caps to the Masjid. Many wear colored, patterned, knitted and/or crocheted skull caps that are accepted by one and all. Moreover, men can also wear a western shirt and jeans or trousers to the Masjid. This has become an accepted practice for a practical purpose that a Muslim man working at a secular organization should not be deprived of the opportunity to worship God because he might not have the time to first go home, change clothes and then offer his prayer.

There is no special process or technique in the making of Masjid attire. Based on the preference of the wearer, they can choose to purchase machine printed clothes or exquisite hand embroidered garments. Besides, Masjid clothing is almost the same as daily wear or festive wear that men and women generally stock their closets with and use when offering prayers as well.

The global Islamic community, especially in the Middle East, is very particular about the kind of clothing that is worn to the Masjid. Men and women’s masjid clothing is similar across the globe in terms of the clothing items and the overall dress code. Variations may, however, occur based on the geographic location of the community. That is to say that the acceptable color scheme, embellishments on the garment, the nature of the garment may vary from city to city. For instance, men in the Middle East prefer to wear a head scarf as opposed to a skull cap. In other countries, men wear a headdress that resembles a turban instead of a skull cap.

However, many Islamic men and women who visit India, as well as tourists of other religions, are careful about observing local customs and costumes when visiting the Masjid.