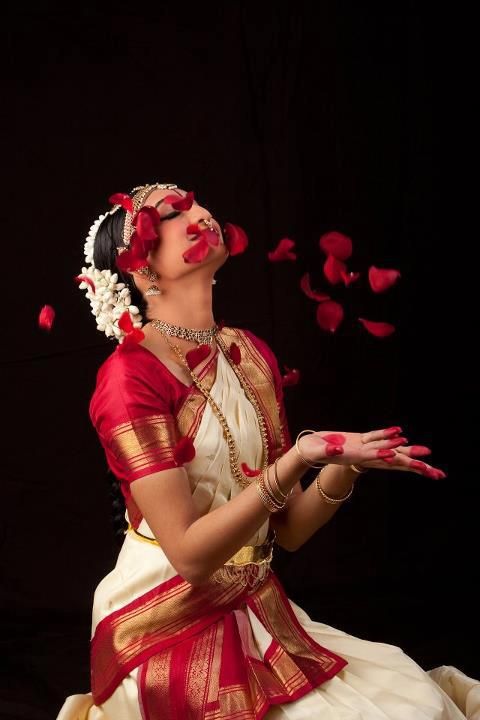 The cultural flavors of South India are filled with layers of ethnicity, especially when it spreads onto the regions of Tamil Nadu, beauty and elegance is at its traditional best. Bharatnatyam is one of the most famous and popular dance forms, which define the true essence of the region. 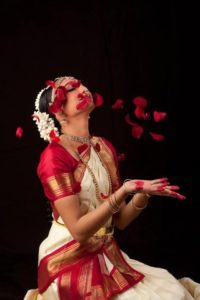 As we integrate ourselves with the cultural soil of Tamil Nadu, we are ethnically introduced with the cultural fragrance of the city in the form of art. The purity and grace, is reflected with sheer tenderness and marveling elegance to depict Bharatnatyam’s chemistry with the multilayer Indian heritage.

Heavy embroidered Kanjeevaram sarees, which are soaked in the layers of gold and pure silk, are donned by these dancers which make their art form mystical, and leave the spectators begging for more!

The birth of this art form as well as the donning of these traditional costumes traces its origin way back to the 17th century, wherein devdasis, who were the temple dancers, practiced Bharatnatyam to worship gods and goddesses. 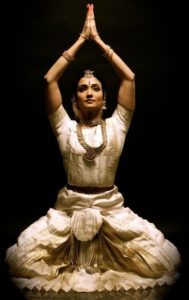 They wore heavy studded and embroidered saris and were depicted as ‘Apsaras’ who were known as the celestial dancers who performed this classical art dance on earth. This costume was believed to showcase the art of Sukshma Sharira, which meant the aura in the materialistic version of the world.

This dance tradition went on to attain the platform of popularity, fame and recognition when it got patronized by the Marathi King Saraboji, and there descendant brothers who carried the legacy of teaching this art form all over the world.

There are 2 most popular styles, which are artistically used in the Bharatnatyam costumes. One is the Skirt style (Saree), which is donned in an artistic manner and the other fashionable version is the Pyjama style.

In these styles the costumes are intrinsically embroidered with different religious motifs and designs in threads of pure gold and shimmering silk.

The pleats of the sari are draped in a such a way that it opens out in a beautiful manner which showcases the entire zari work especially during symbolic postures like muzhu mandi, which is a full sitting pose and aria mandi which shows a half sitting pose. 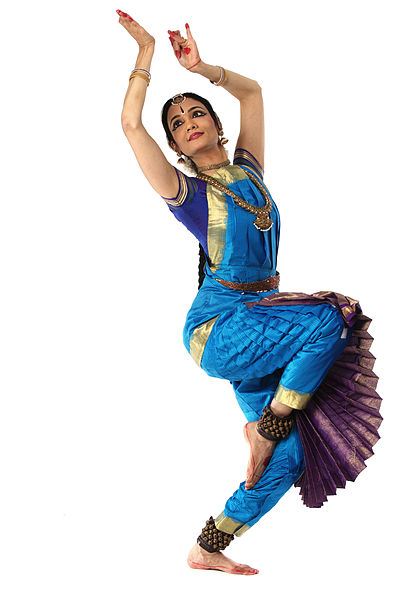 Over the years, this art form has evolved and transformed in its traditional best, retaining the original essence of the culture.

It was historically brought into an art form in 4000 BC, then slowly and gradually the Tanjore brothers brought in the revolution by spreading the knowledge of this art and involved in it layers of ethnicity which they showcased in the form of spectacular performances.

The saris brought in more radiation, elegance and splendor as the finest of fabric was processed into the making of this cultural outfit. More zaris in different colors were embroidered on this sari, thus making it look more glamorous.

Nowadays, sarees for bharatnatyam come in ready-made versions where the pieces are all stitched together, and that makes it more of a hassle free outfit for the dancer.

These costumes are universally considered to be one of the most beautiful Indian dance attires. Every royal occasion can be graced by this costume to its glamor best. These days countries in the West are encouraging the Indian culture to get connected with the foreign soils. Hence these outfits are being welcomed on a great scale by the international markets. 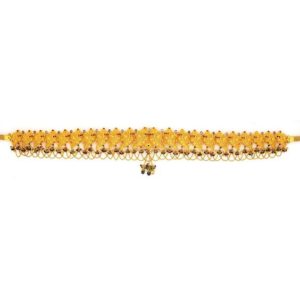