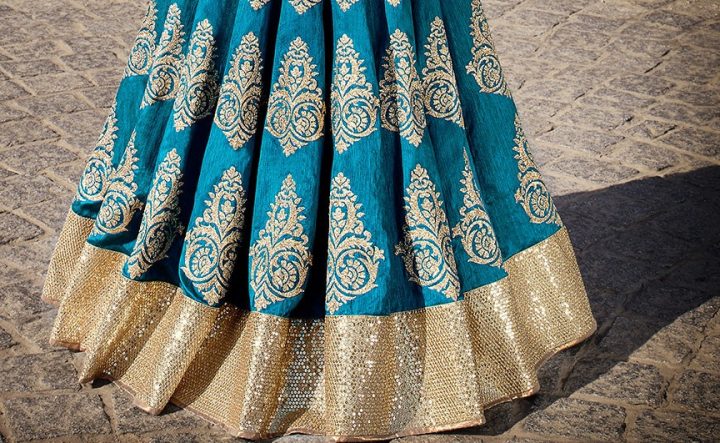 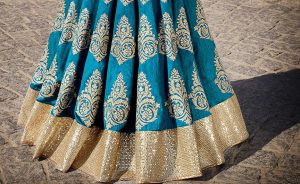 Sequins are used as adornments on fabrics, footwear, and bags. Sequins are either made of metal or plastic. In today’s times, more of plastic sequins are used worldwide. Sequins can be stitched on to the fabric in the front or can be stitched at only one point to give an effect of decorative edging. However in India, with the rich ethnic heritage that is available, the art of embellishing sequins has taken on various forms; right from the grand to downright quirky.

Sequins have a rich history and to this day are a vital component of many folklore art traditions around the world. The etymology of the word ‘Sequin’ can be traced to the Arabic word “sikka” which means coin. Sikkas were used to decorate clothing throughout the Middle East and Mediterranean for centuries. In the 13th century, people produced coins called “zecchinos” in Venice to embellish clothing and the French adopted the word “ Sequin” from zecchinos. `Zecchino’ itself was named so after the Venetian mint called `Zecca’. Interestingly `Zecca’ was named so to sound similar to the Arabic word `Sikka’ which meant a mold of a coin. In 1478, `Zecchino’ was also used in Turkey under the Ottoman rule. By early 19th century, all the rulers discontinued the use of `Zecchino’ for commercial purposes.

Gold Sequins were used as decoration for dresses in the Indus valley civilization around 2500 BC. However, one can only suppose that with so many rich craft forms associated with Indian ethnic wear like zari, Resham, stone work and bead work, it would have been a natural progression to use these craft forms for the Sequins’ effect. 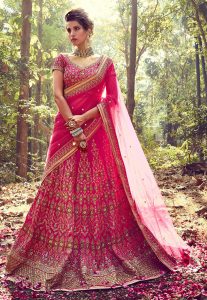 Sequins add a festive look to any dress. They are mostly small, flat and round, but beyond that, they come in different sizes, shapes, and colors. There are sequins for every task and every personality and they make it easy to create unique clothing, decorations, and artwork. In India, Sequins are embellished on ghagra cholis, salwar kameez, sarees and even on western wear. They are embroidered on different varieties of fabric bases such as Cotton, Silk, Georgette and other synthetic fabrics. Clothes embellished with sequins varies in prices. For synthetic based designs, the pricing varies from Rs. 500/- to Rs. 1000/-. In the case of Silk and other fabrics, the cost varies between Rs. 2000/- to Rs. 10000/- 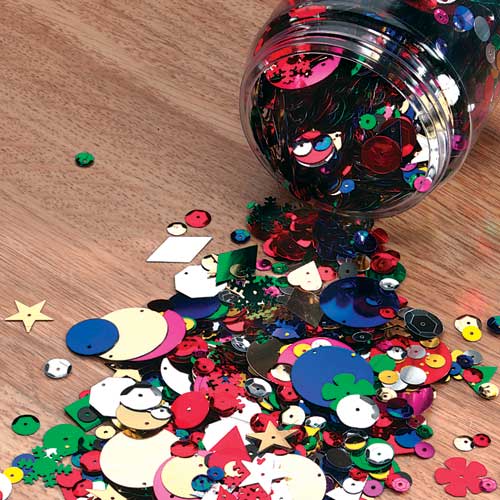 Almost all of the leading designers in India promote and showcase their collections with Sequin work playing an important role. Sequin work has always made a grand style statement for designers across the globe.

In fact, sequined dresses have taken a special place amongst the Hindi film industry wherein not only are they used as costumes for the shooting but they are also worn by actresses for public appearances or parties. 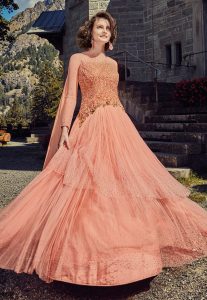 Sequins are a favorite in the list of adornments to add effect to any dress, right from casuals to formal wear & party wear. Subtle Sequins are great for day wear. Sequin sarees are most popular for a cocktail and party wear. They are available in a myriad of colors & designs. The colors like orange, peach are best suited for engagements & maroon, red, green, and silver with heavy Sequin work are for evening wear. Sequin sarees with zari or zardozi border work are preferred for weddings and other functions.

Sequined attires require more care to maintain their high quality. They come off easily, so it is best to hand wash such clothing. It is advisable not to pull the thread from one loose sequin. This could unhinge (separate) the entire row. Sequins that are glued on can readily fall off , if cleaned in hot water. In that case, rinse the outfit in cool water. Instead of rubbing or squeezing, swish the outfit through the water gently. Nevertheless, a small spill can be taken care of with spot cleaning.