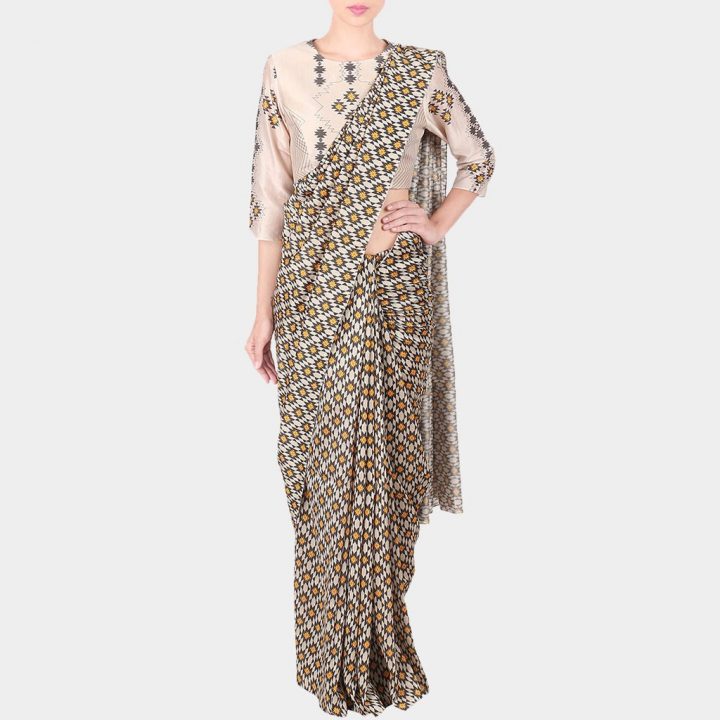 The sari also spelled as ‘saree’ is an unstitched length of cloth, generally measuring around five to nine yards in length, worn as an essential attire/outfit of Indian women. The end strip, usually longer than a meter, is called the pallu or anchal. The sari is traditionally teamed with a blouse and a ‘Petticoat’. The Blouse is usually figure-hugging, and generally ends just below the bust, whereas the Petticoat is a waist-to-floor garment, tied tightly at the waist by a drawstring.

Derived from the Sanskrit word ‘Sati’, which translates as ‘a strip of cloth’, the attire is now known as ‘sari’ or ‘saree’. Centuries back, people in India preferred and wore clothes which could be draped around the body, despite them being well-versed with the techniques of sewing and weaving. The reason for the same being that the saree was the most conducive outfit to the hot climate of the country. Also, people wore long, unstitched pieces of cloths, usually referred to as loin cloths, during the time of the Indus Civilization. These loincloths were worn and wrapped in the kachcha style – with the cloth being draped round the waist first, after which the remaining stretch of the cloth would be passed underneath the legs, and tucked at the back. 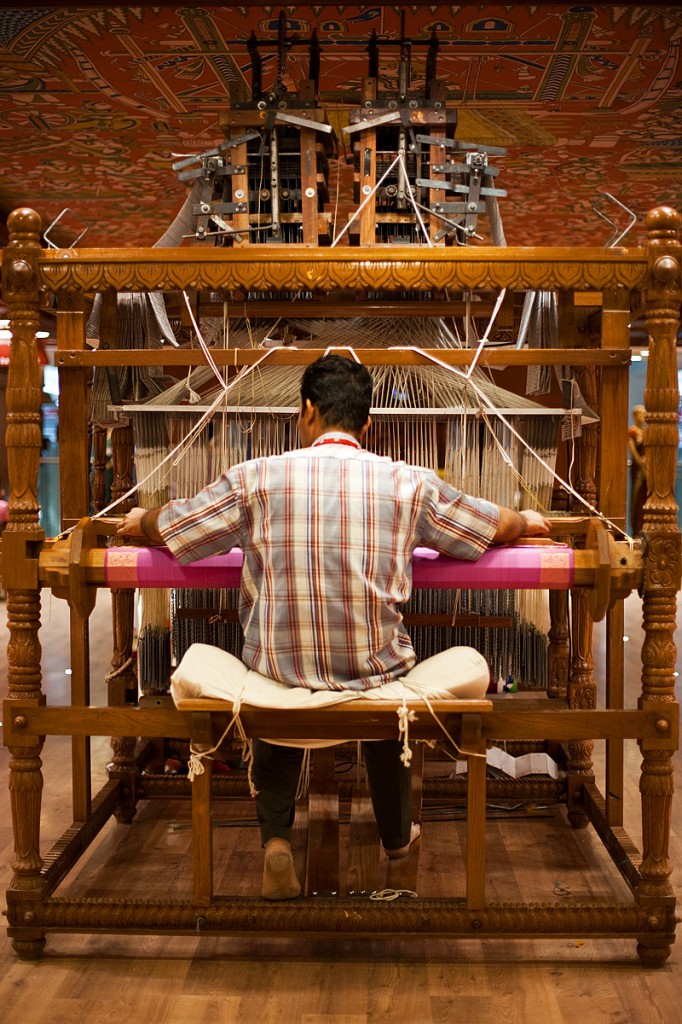 Saris are either hand-woven, or machine-sewn, with the procedure varying according to the fabric or combination of fabrics used, or the kind of embellishments sewed on to it. For instance, a Gadwal Saree from Andhra Pradesh comprises an elaborate sewing process, as it is hand-woven. The cloth is first dyed in boiled colored water, after which it is dried in shade. Then, the silk fabric undergoes weaving through the handloom. 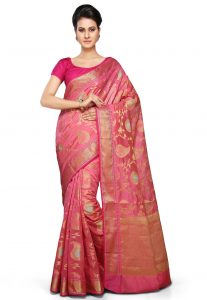 The saree as an attire has evolved over the ages, in different regions of India. You can find a variety of Indian saris according to different fabrics, prints, weaving styles, embroideries, crafts, occasions, patterns and every other you can think of.  Then, there are countless draping styles to match every occasion. It can be draped in the Nivi style, Marathi style, Bengali style and Gujarati style, to mention a few. Also, sari are woven in multiple fabrics – the Banarasi Silk from Uttar Pradesh, Gadwal Saree from Andhra Pradesh, or the Mundum Neriyutham. Also, from plain fabric, to multiple prints, motifs and embellishments, Saris are woven in countless styles. 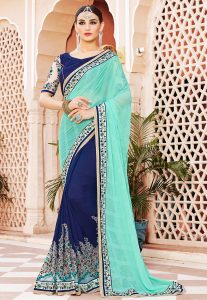 Half N Half Chiffon Saree in Turquoise and Navy Blue

The Saree varies in its basic outline and style of draping across various regions in India, owing to geographical and cultural influences. However, over the last few decades, the sari being high on comfort as it is, has been designed in contemporary styles by designers and fashion enthusiasts. The Lehenga Style Saree is one such innovation – it merges the silhouette of the Lehenga with the Saree, with the pleats of the sari intact, and the pallu as separately draped around either shoulder, thus creating the look of a Lehenga Style Sari. The Half Half sari is another contemporary innovation of the Saree, with the two halves of the Saree cloth in two different, usually contrasting shades. Similarly, the Kimono style sari and Saree Jumpsuit have become popular with time. 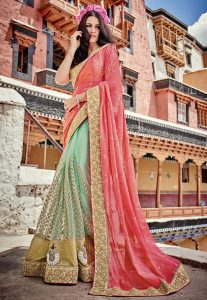 Contrary to being a traditional garment, the sari has indeed undergone a lot of fashion experiments. Besides, with Bollywood actresses donning the Saree at international fashion events, the sari has come under the global fashion limelight. So much so that even foreign celebrities have sported the Saree at red carpet events.

Since it is woven in a variety of fabrics, ranging from Silk, Crepe, Chiffon and Brocade to mention a few, the maintenance required for different sari varies with the fabric or weave. Besides, the intricacy of embellishments is another factor. Sarees heavily embellished with cutdana, or stone work for instance, should be dry cleaned ideally. Similarly, Crepe saris when washed, shouldn’t be dried in direct sunlight.