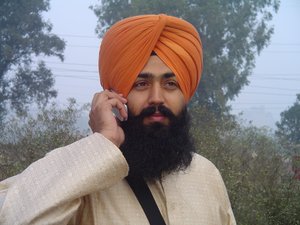 A Punjabi Pagdi is a type of turban worn by the natives of Punjab, as the name suggests. This is a symbolic part of their attire which represents respect and honor. A Punjabi pagdi, also called Pagg in the Punjabi language, is traditionally made by wrapping and tying yards of cloth, usually made of cotton, silk or chiffon, around the head of the man who is meant to wear it. Worn most commonly during religious ceremonies or important occasions, this article is a big part of the attire in Punjab and is, more often than not, associated with this state in India the most. This article is also worn on a daily basis by Sikhs. 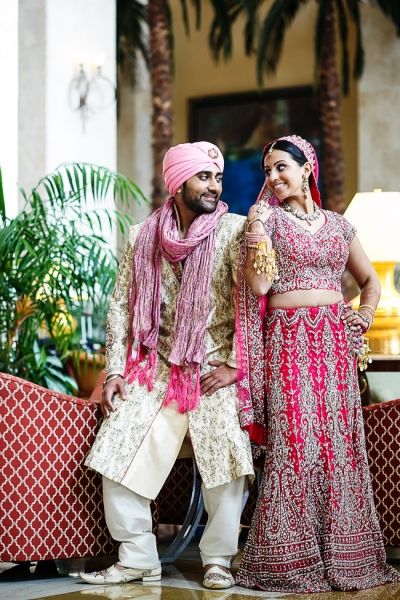 The Punjabi Pagdi was introduced to Punjab with the onset of Sikhism and soon became synonymous with esteem. This turban has been an important aspect of Sikhism since the beginning of the religion. Introduced by the first Guru, Guru Angad Dev, this article was established as a mark of respect when Guru Amar Das was anointed the next Guru and the pagg was tied around his head as a symbol of his anointment. One of the commandments written by the last Guru, Guru Gobind Singh was to wear the turban carefully and to take care of the long hair by never cutting it. These have become some of the identifiable physical traits of Sikhs since then.

However with the influence of this aspect of Sikhism, over time, the Pagdi also became an article that was worn by non-Sikh Punjabi males. Though the history is steeped in Sikhism, the article is now symbolic of high honor throughout India and different cultures from different states have their own versions of this attire.

Usually, no matter what fabric is being used, the cloth needs to be at least 6 yards long. The most commonly used fabrics are cotton, silk and chiffon. These fabrics are printed or embroidered on in the traditional way to create patterns or shapes to adorn the cloth itself. Usually, these articles are meant to be intricate and exquisite, which is why the work done is usually heavy on these.

Wedding Pagdis are turbans that are worn only during the wedding ceremonies by the guests and the groom. This style of turbans is meant to be extremely heavy in terms of the work done in order to match the festive nature of the garments, décor and ambience of a Punjabi wedding. The groom’s pagdi is the most intricately detailed one and is accompanied by a Shehra, flowers on strings that cover the face of the groom. It is not uncommon for these pagdis to be heavily printed or embroidered or filled with embellishments in the form of stones or mirror work to make it stand out more. Most commonly, red (or shades of red) is the standard color for such pagdis.

In terms of the pagdis worn by the guests, these are much plainer in comparison. The most common style is the pink chiffon padgi worn during the ceremonies, especially while greeting the guests entering the venue. These are worn by the closest members of the family as a sign of respect and honor and not every guest is allowed to wear this. Usually, all the family members are meant to settle on one particular color to represent the family. 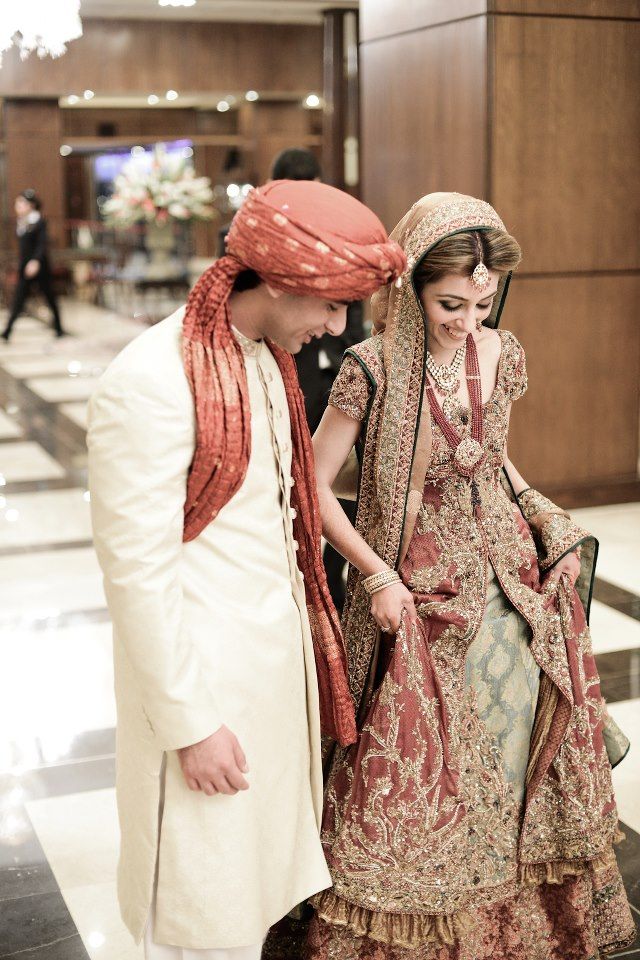 In Sikhism, men as well as Khalsa women, are expected to wear turbans known as Dastaars on a daily basis. These turbans are not just a sign of respect and honor but are also a mark of the religion, Sikhism. The practice of wearing the turban came from the idea that in order to feel spiritually closer to the Gurus of the religion, one must wear the turban as a sign of higher enlightenment.

The Dastaar turbans are not printed and never as heavily decorated as their wedding counterparts. These turbans are made of plain yards of fabric however, there are no restrictions on the color and men are known to wear different colors everyday if they so wish.

Sikh warriors in Punjab wear extremely elaborate turbans that are quite large and adorned with jewelry as well as religious signs.

The Farmer’s Pagdi is worn for practical purposes by farmers throughout Punjab. The sole purpose of this turban is to protect the farmers from the heat of the sun. These are made from cheaper fabrics and are tied unceremoniously around the head for the purpose of protection.

One of the most impactful innovations made to the Punjabi Pagdi is the readymade pagdi that is now worn during special occasions. Bearing an uncanny resemblance to the wrapped and tied turban, these paggs are stitched and can be removed and worn like a hat very easily. More and more grooms are now opting to purchase readymade pagdis for the sake of convenience. Although, those looking for authenticity during their weddings usually favor the tied version over the stitched one.