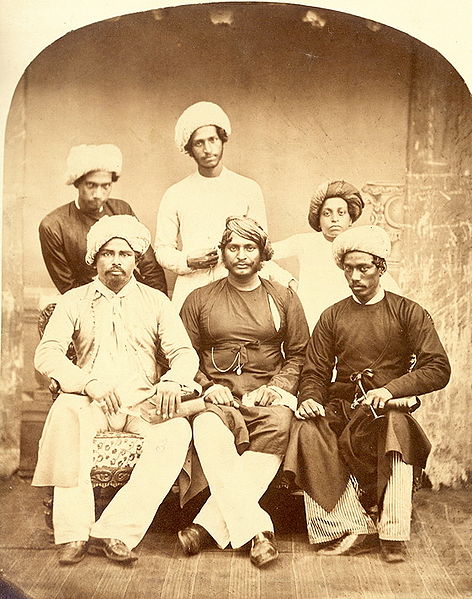 The Pajama (also written as ‘Pyjama or Paijama’) has Persian roots, which stands for ‘leg garment’. It was introduced to Indians by the Mughals. Pajama was used as an English word during the 17th century for a garment that resembled Indian trousers. Later, as the British ruled India, they started wearing the Pajama as casual attire. It was only decades later that the popular Pajama became a night garment all over the world.

Originally Pajamas were worn commonly in India by Muslim men and women alike, as a bottom wear. With the British gradually adopting Pajama as casual lounge wear in the 1800s, the costume started gaining a lot of popularity in London owing to their sheer comfort. In 1989, British merchants started advertising Pajamas and made them in vogue as the latest fashion wear.

The Pajama has been worn by Indian men and women for centuries and this garment was mentioned in the travelogue of a Frenchman Jean de Thevenot who was held captive in Goa in the 1600s. In fact, Pajamas were not new to the world in the 1600s as he mentions that the Portuguese always wore it while going to bed- hence, it was gaining its status as a popular night wear in the 1600s.

The ‘exotic’ Pajamas were gradually adopted by the Europeans, which was commonly worn by the Muslims. Finally, in the year 1920, there seemed to be a massive ‘Pajama boom’ the world over. In 1924, it was recorded that both men and women wore colorful Pajamas made out of rich fabric to the Lido. This was the extent to which the Pajamas were in vogue during those times. Pajamas started exceeding the demand for night dresses; furthermore, even industry workers found that they could work better in Pajamas than the normal attire.

The Pajamas have undergone many changes since its earlier days of being an Indian loose bottom wear that was tightened in place with drawstrings. The modern day Pajamas, though derived from the traditional Pajamas, are nevertheless quite different. Now you have many styles of Pajamas in different fabrics, designs, cuts and embellishments.

Pajama has many varieties – both modern and traditional and is today commonly worn by the womenfolk of India in a myriad ways. The most popular variations of the pyjama are the ‘salwar’ and the ‘churidar’. While the former is a loose and trousers that are worn with a ‘kurta’ and ‘dupatta’- the latter is loose above the knee and tightens up at the calf. There are many other variations to the salwar that are worn by the youth of the country such as ‘patiala salwar’, ‘Jodhpuri salwar’, ‘Sidha Paijama,’ ‘Shalwar’, ‘Kalidar’ and ‘Afghani Salwar’.

Pajamas are today a popular day wear for women. This includes Lounge Pants, Beach Pajamas, Night Pyjamas, etc. Despite the variety available today in terms of fabric, nevertheless, cotton or soft fabric like silks and satins are more preferred in Pajamas. These Pajamas are designed in polka dots, paisleys plain colours, floral designs, cartoons, etc. Palazzo is another variation of the pyjama which is very much in vogue amongst the young ladies. These are similar to parallel fitting pants and give a modern appeal to traditional Indian wear.

Men wear cotton or silk Pajamas as part of their night attire. Besides that, Afghani Pajama or Churidar have become popular garment for men to team it up with a Kurta. The pyjama is also an inherent part of the traditional wear for men. The ‘churidar’, ‘salwar’ or even a regular ‘pyjama’ is worn with a ‘kurta’ or a ‘sherwani’. A lot of the young men wear well fitted ‘Jodhpuri pyjamas’ which are loose above the knee and well fitted from the calf with shorter well-fitted kurtas to give the typical Jodhpuri look.

Pajamas are not only a comfortable and popular nightwear, but they are also a popular loungewear as well. Hence, a Pajama can be a part of fashionable casual day wear attire. It also depends on what mood that you’re holding for the day!

The girl’s pyjamas could be worn with some cool spaghetti or laser top or a Knee-length Kurti, clubbed along colorful flipflops. The men Pajamas can be worn with Nagra.