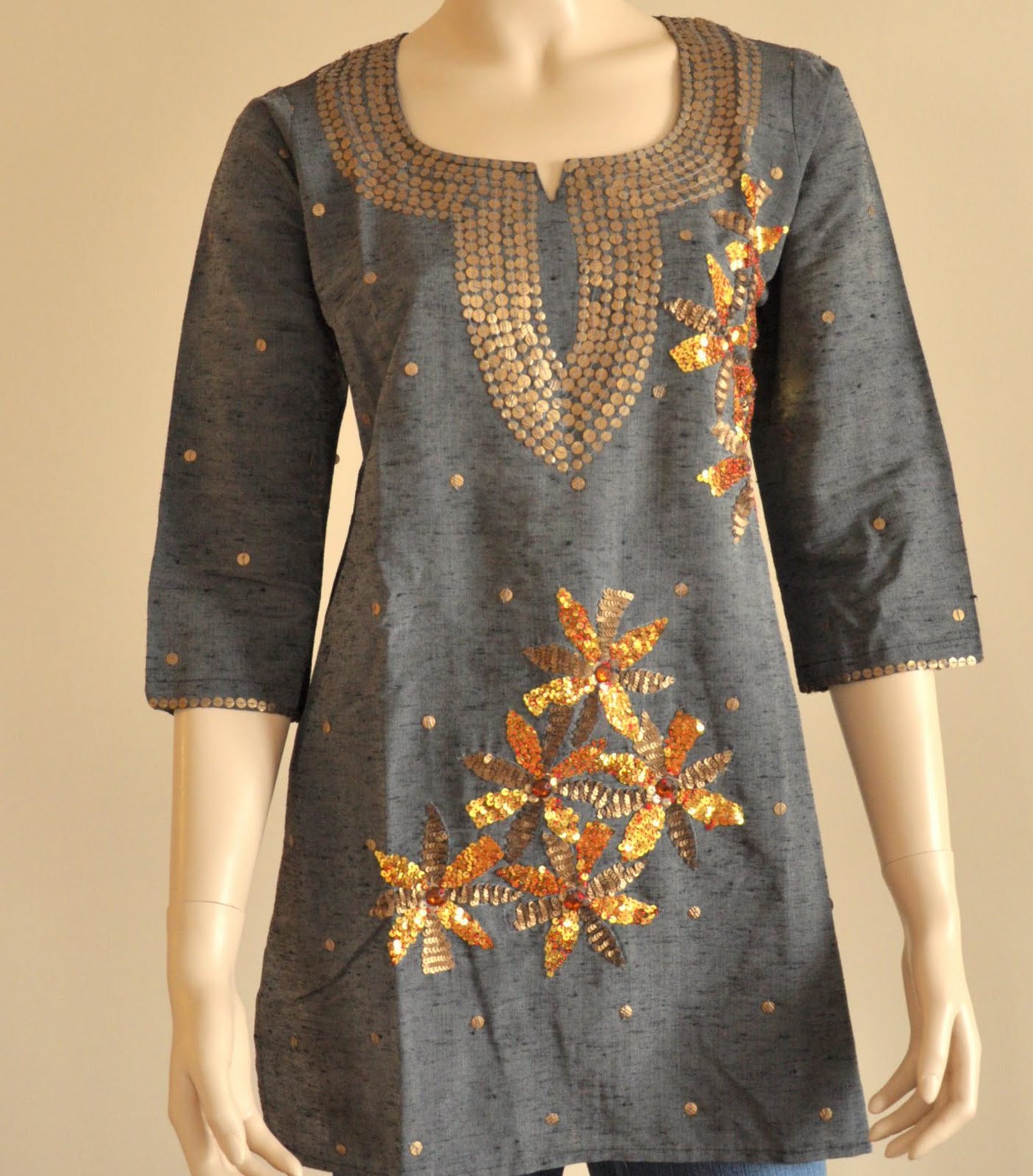 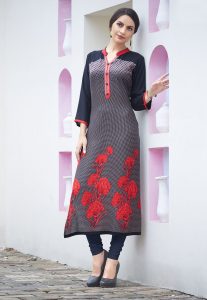 The Kurti or Kurta is an outfit that has stretched beyond the Indian borders, and has evolved down the ages to suit the ever-changing demands of the fashion forward world. A long top, generally of knee-length, paired with Salwar or Churidar and Dupatta is what comprises the Salwar-Kurti-Dupatta get-up.

Since its formation in ancient times, the kurta has been one of the traditional attires for men and women living in countries like India, Pakistan, Nepal, Bangladesh, and even Sri Lanka. Initially, this Indian outfit was a form of clothing worn only by men living in these countries, but later it became a regular attire for women, for which it has its own feminine term known as Kurti.

Looking back at the early 19th Century, the Kurta gained popularity as several scholars, artists and poets were famous for donning this piece of clothing. Contrary to the various styles and forms found today, this Indian Kurti back then was usually very simple with barely any elaborate designs. The most common fabric used to make it was Cotton, followed by Silk, which was only used to make Kurtas for special occasions, or for people with higher social standing and wealth.

In addition to that, the hippie movement during the 1960’s and 1970’s also gave this tunic dress immense popularity as people wore these loose and comfortable pieces as reflecting their laid back and carefree attitude.

The intriguing fact about the Kurti is that it was not limited to any particular state or region, unlike other dress forms that have a set identity; it was a common form of attire followed by people living in all kinds of areas.

Style and Varieties of Kurta 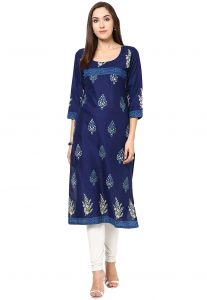 When one thinks of the Kurti, one thinks comfort. The high comfort factor is what makes the Kurti a form of clothing loved by all. The Kurti is a versatile piece of clothing that can be made in order to adapt to any season or occasion. During the harsh Indian summers, Cotton kurtis are in everyone’s ‘to get and wear’ list due to its effortless style and comfort level. In a similar way, Woolen kurtas are also worn during winters.

Women wear a Kurti with a fitted churidar or salwar for a traditional look or with jeans for an Indo-western look. Men usually wear a Kurta with Pajama for a classic look. 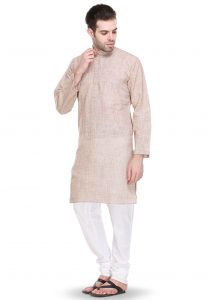 When we speak of designs, embellishments, and fabrics that go into the making of a kurta, there s no end to variety. They are available in all kinds of styles, ranging from short to long, from hand printed ones to extremely embellished ones. There is a kurta for every event. Whether one wants to go for a heavily embroidered kurta or a casual one with solid colors or prints, there is definitely a piece available for every person.

With immense creativity and advancement in techniques in the Indian fashion industry, the kurta has also seen different faces. These days, one can opt for kurtis with modern art designs that are different than the usual traditional ones. Initially, a kurti was only worn over an Indian trouser form called ‘Pajama’, but these days the younger generation often teams the kurta or kurti with jeans and leggings. Collars, stone work, zari work, and tie dye are some of the most common designs used for kurtas.

A Silk kurti with heavy embroidery is a wonderful pick for a wedding or for a party, in which one can showcase Indian ethnicity in a subtle, yet distinct way. On the other hand, Cotton or Khadi are perfect for office or day to day wear.

A kurti looks lovely if worn with Silver or chunky Gold jewelry. Long tear drop earrings or heavy Silver bracelets add the extra charm to a Kurta and make it look elegant and refined.

Kurta has become a popular form of clothing not only in India, but in countries all over the world like U.S., U.K., France, Italy and the Middle East. From the younger to the older generations, the kurta has made a prominent place for itself in everyone’s hearts for its comfort and style. It’s versatility with traditional as well as fusion looks has made it a true global fashion pick.