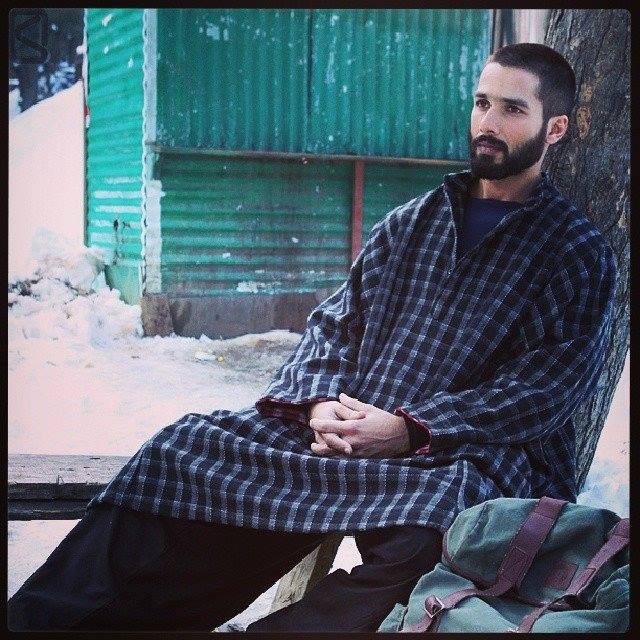 Pheran and Poot is the term given to the traditional Kashmiri attire worn by the Kashmiri men and women. Pheran (also called Phyaran) is a long coat or cloak made of wool or tweed, worn both by women and men. Pheran & Poots together make two sets of cloak or gown worn one above the other.

This age old form of Kashmiri dress has till date sustained its popularity and has spread far and wide with its charm across several borders.

Pheran or Phyaran, was originally designed to protect oneself from the chilly winters of Kashmir. Its origin traces back to the Mughal era from where the Royal style of this long garment was inspired. Historians suggest that the name Pheran was derived from a Greek word, Apron, while also a belief is followed that it got the name from Central Asia, Tajikistan as Peraband. 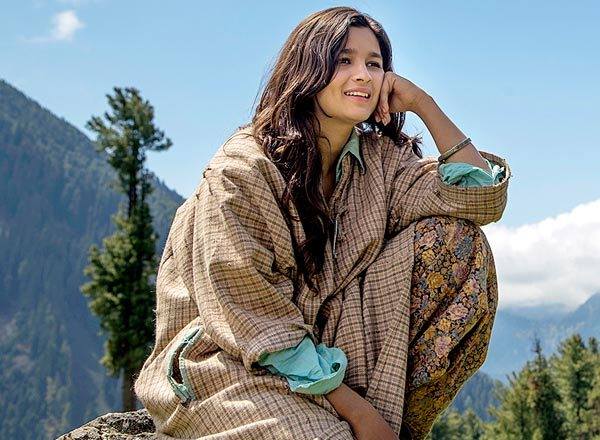 Bollywood Actress in a casual Pheran

The beautiful traditional Kashmiri dress comprises of two robes placed on top of one another. The robes are usually embellished with intricate Zari embroidery which gives it a rather majestic look. The Pherans worn by women who belong to the Muslim Kashmiri society have broad sleeves and are knee length, whereas the ones donned by the Hindu Kashmiri women are ankle length and are narrow-sleeved. To make the entire loose tunic more fashionable, the women tie a piece of cloth known as ‘Lungi’ around the waist. Yak or Goatskin is used as a layering inside the garment in order to maintain the warmth that exudes from within.

Traditionally, Pheran and Poots were found in various bright colors like yellow, orange, bright greens and tomato red, however over a period of time several darker shades were also introduced, for example, black, dark browns, dark greens and deeper shades of red. The neck area of the Pheran is the most elaborate one with fine Zari embroidery or Brocade work which reflects the artistic needlework practiced by the men and women of Kashmir. The sleeves have little detailing and the rest of the body of the Pheran is plain. In a sharp contrast to the Pherans worn by the Kashmiri women, the ones made for men come in simple designs and solid colors of Black, Gray, and off white.

What ultimately gives the Pheran its distinguishing identity is the innovative headgear known as the ‘Kasaba’. It is stitched in the form of a turban and is pinned all around the head with large Silver trinkets that are round in shape. A large scarf like cloth falls from the sides of the Kasaba which reaches till the shoulders and cascades in a rather lovely way all around. Kashmiri women wear chunky jewellery to enhance the beauty of this outfit which includes accessories like bangles, anklets, and earrings. 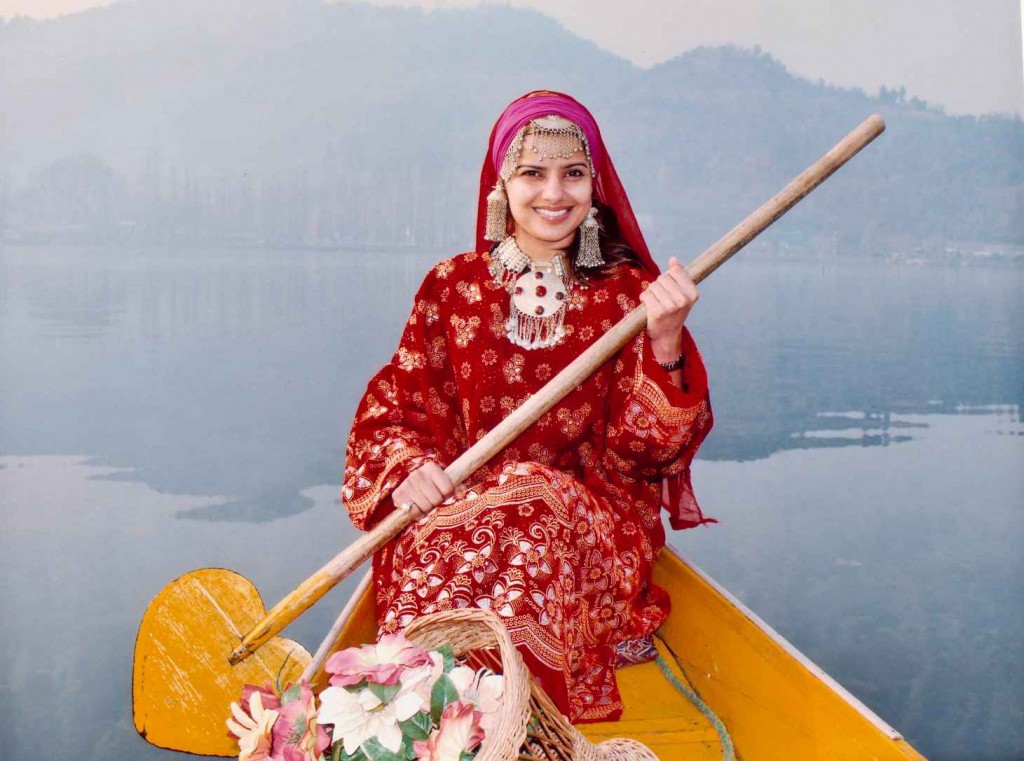 For the last several centuries Kashmiri fabrics and styles of clothing have been in vogue, and continue to be highlighted in almost all aspects. Indian cinema has exhibited the traditional Kashmiri dress in several Indian movies which have made it popular on a global scale. In addition to that, people who visit Kashmir or even India for that matter love to be photographed wearing the Pheran and Poots attire simply because of the Kashmiri charm that oozes from the traditional garb.

1. Silver jewelry is popular among Kashmiri women and they use it to adorn the Pheran as well.

2. For Kashmiri women who are unmarried, the headgear is slightly different than the ones worn by the married ones. The Kasaba is replaced by skull caps tied around the head with tassels and gems that hang on the side.

3. Floral patterns are the most popular designs found on Pherans.

4.  Zari embroidery is the most common kind of needlework practiced on the Pherans and Poots.