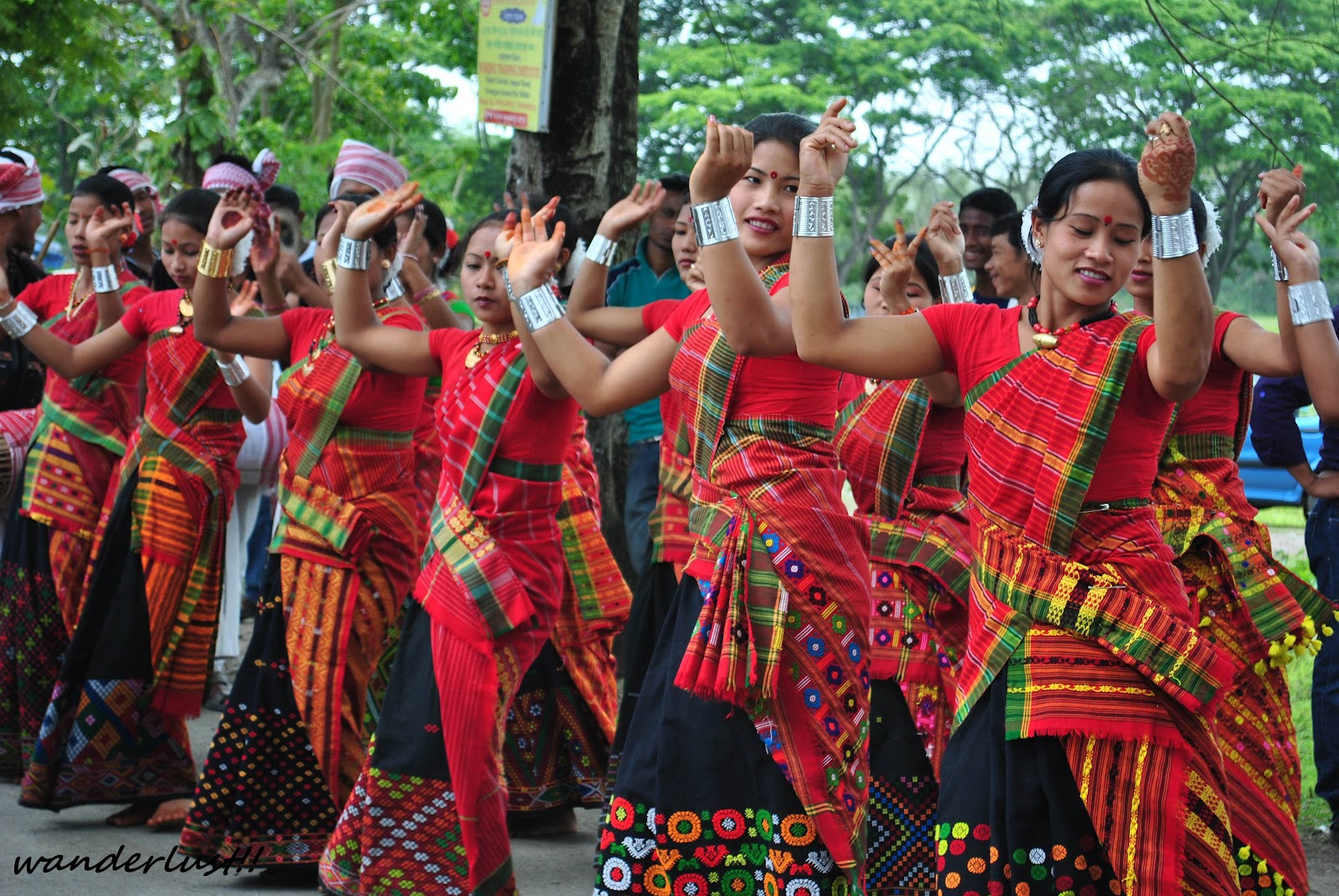 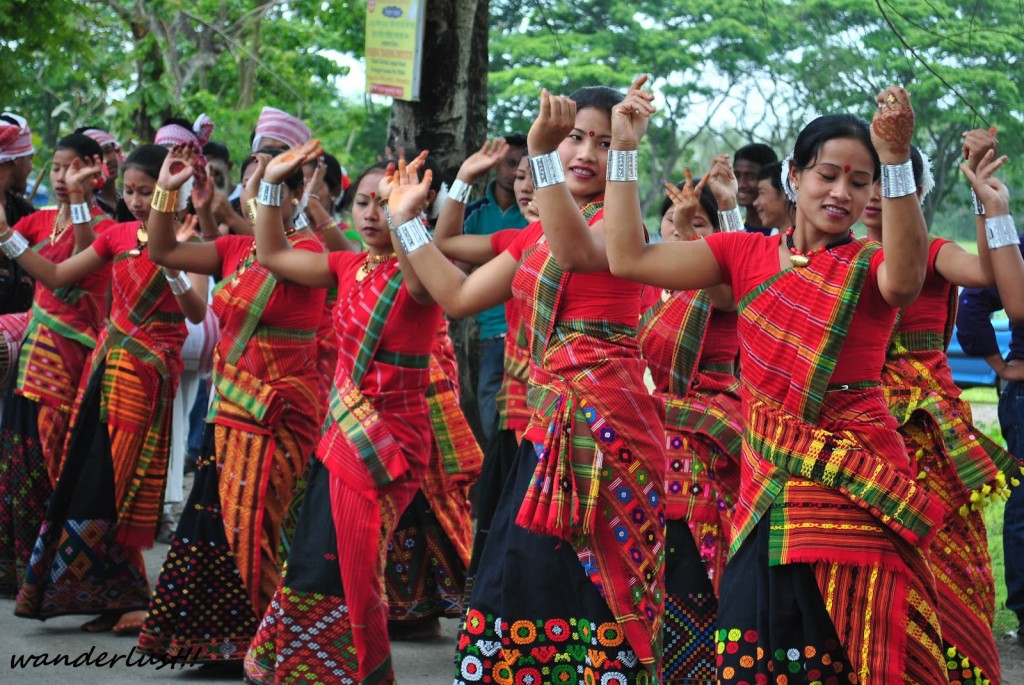 Bihu is derived from the Sanskrit word ‘Vishu’. It not only marks the beginning of the New Year but also signifies the beginning of the harvest season in Assam. The festivities of Bihu are spread over a period of seven days and each day is devoted to a special custom. Largely, the festival revolves around the preparation of special food items and celebrations that include the famous Bihu dance, which is a local form of dance.

Known as Rongaali Bihu as well, the word Rongaali is derived from the Assamese word for joy i.e. Rong.

The first of the seven days of Rongaali Bihu is known as the Goru Bihu and involves giving the cattle a bath while using soaps and herbs that are considered auspicious. The ritual is accompanied by a folk song.

The following day is considered the most important day of Bohaag Bihu and commences the New Year. Special respect is paid to the elders of the family by giving them a towel called the Gamosa. This is one of the most important rituals and the towel is worn on the head and body. The Gamosa is a symbol of the highest respect in the Assamese community. 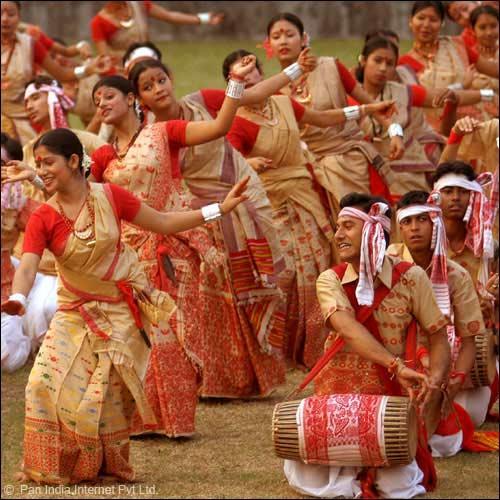 The rest of the days of Bihu are known as Manuh Bihu, Kutum Bihu, Senehi Bihu, Mela Bihu and Chera Bihu.

Another highlight of this festival is a bamboo hat known as the Japi. This hat is important as it symbolizes the importance of agriculture in Assam. Farmers wear a simpler form of the Japi while working in the fields.

During the seven-day celebrations, Bihugeet or songs about the festival are sung, especially in rural areas. Many of these songs communicate feelings of attraction, love and romance among the younger members of the community. These folk songs are accompanied by traditional instruments like the Dhol, Pepa, Toka , Gagana and more. Bihu dance performances are also very common during these seven days. This was earlier a door-to-door performance, although community performances are more popular now.

The round up of Bihu festivities is known as Bohaag Bidai that literally translates to ‘Farewell to Bohaag’.

The Bihu dance is among the finest highlights of the festival. It is a group dance performance by men and women as each has their own role to play. Women only dance in linear or circular patterns and enter after the men. This dance is characterized by definite postures and subtle yet sensuous movements. Movements of the hips, wrists and arms in motions like twirls, squats and bends are very important to the dance.

The Gamosa is a traditional towel that is made of handloom cotton. While the base of the towel is white, it is bordered by red colored threads on three sides and embroidered motifs (also in red) line the fourth. Other colors may also be used to embellish this item.

The Japi is a hat made of bamboo with a wide brim and colorful designs on it. 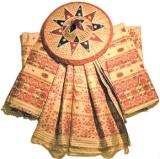 The overall spirit of the Bihu dance is energetic which is fueled by the colorful costumes worn by the men and women performing the dance. The men wear a dhoti paired with a gamocha, both of which are colorfully embroidered. The women wear a Mekhela which is a cylindrical garment that resembles a long skirt along with a Chador which is a drape for the upper body.

They wear an under-shirt below the Chador and the whole ensemble is generally beige and red in color. The outfit is completed with heavy costume jewelry along with a big red bindi and red or white colored flowers for their buns. The Mekhela and Chador are usually made of Pat silk, Muga silk and/or cotton.

The Assamese diaspora around the world celebrates Bohaag Bihu as it is touted as the most important festival of the state. Although the traditional song and dance may not always be performed in all corners of the globe but wearing new clothes, greeting each other and sharing fellowship meals is a common feature.