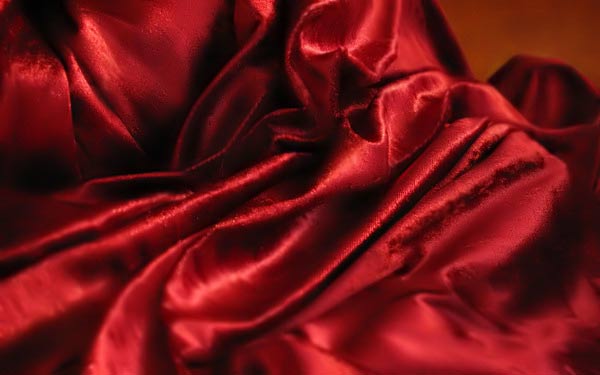 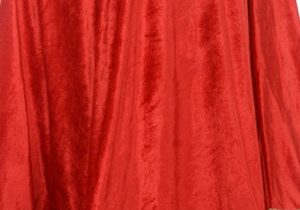 Velvet is a kind of woven tufted fabric in which the cut threads are distributed in an even manner in a short dense pile thus giving a very soft and smooth feel.Velvet fabric is traditionally made with silk, in which cotton is used only occasionally. Recently, there has been an advent of using synthetic fabrics for velvet. Apart from the fabric, the word `velvety’ is also used to describe something smooth, soft and with a rich touch.

It is widely believed that Velvet was first introduced in Baghdad around 809 A.D., by Kashmiri merchants who travelled there. The medieval poet – Ziryab introduced Velvet to the Al-Andalus Empire (parts of modern day Spain, Portugal, Gibralter, Andorra and France). During the Mamluk Sultanate era (1250-1517 A.D.), the city of Cairo was largest producer of Velvet.

Since a long time, velvet has come to be associated closely with royalty across continents. Velvet clothing, being visually gorgeous, creates a sophisticated and upper crust look.

Velvet is made by a weaving process on a special loom which generates twin layers of thicknesses of velvet at a single time. The end product is the result of a very intricate and tedious process. Earlier, Velvet was hand made and quite expensive- thus appealing mainly to royalty. 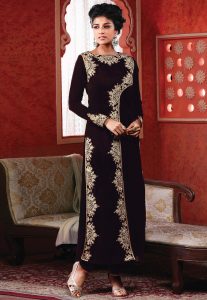 Currently though, with the development of power looms, Velvet has become more affordable and people across various sections aspire to be seen in Velvet clothing. Besides the affordable pricing, nowadays Velvet is made from cotton, linen, mohair and wool along with silk . Lately, synthetic Velvets too are being produced.

Pricing of Velvet per yard depends on the base fiber used. For a yard of Velvet made with silk, the pricing can vary anywhere between Rs. 5000/- to Rs. 10000/- whereas a yard of Velvet made using synthetic material such as rayon can be priced as low as Rs. 1000/-.
One of the most expensive range of Velvet is the Kuba Velvet which is priced anywhere between Rs. 15000/- to Rs. 20000/- per piece of clothing which might be a skirt or a wrap. Apart from clothing in general, Velvet is extensively used for upholstery.

While Velvet manufacturing began as a very intricate art, today there are a number of producers across the world that make different varieties of Velvet. Turkey, Egypt, China and India are some of the leading producers. The Democratic Republic of the Congo (erstwhile Zaire) is home to the Kuba Velvet, one of the most expensive varieties of Velvet.

An assortment of Velvet is used for clothing purposes. There are 6 prominent varieties: 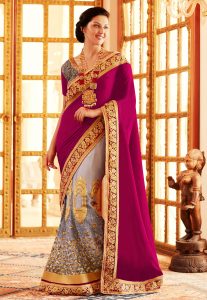 In the Indian context, Velvet is used in ensemble as velvet sarees and blouses, anarkali suits, kurtas, sherwanis and in ethnic footwear like jootis or mojris. The range that stands out from the rest is the Kuba Velvet. The uniqueness of this comes from the material used and the painstaking process involved. This textile fabric is made in the Kasai province of the Democratic Republic of Congo. The weaving is done by men of the Kuba ethnic group.

Originally the cloth was made from a beaten wooden bark, which reduced significantly ever since the use of the raffia palm began. Velvet belts are still made from beaten barks and are worn only by certain members of the nobility as a symbol of power. Beaten bark is also used for making loincloths for women. Another vital substance for making the fabric is the extremely fine fiber from the inside of the leaves of young palm trees.

With their sheer rich look, dresses and other clothing made from Velvet are the preferred choice for formal parties, weddings and festivals in India. The accessories too look royal in velvet, to name a few : hand clutches, shoes and more. 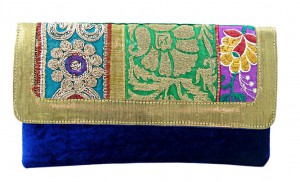 For silk and cotton Velvet, the recommendation is dry cleaning. Velveteen can be either washed in a washing machine or can be dry cleaned. The garments should always be turned inside out before the cleaning and ironing process.

Prima facie, Velvet is comparable to clothing made of sheer silk or satin for the overall smooth feel and richness. However Velvet scores on the basis of the fact that now it is available in more cost effective varieties. Add to that, Velvet is used not only for clothing but also for furnishings and upholstery widely.