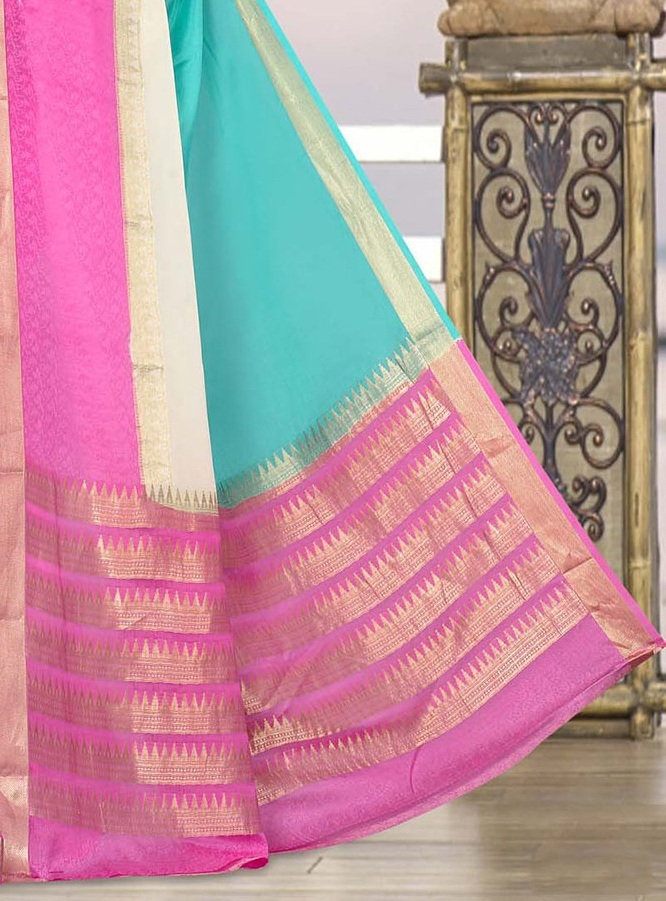 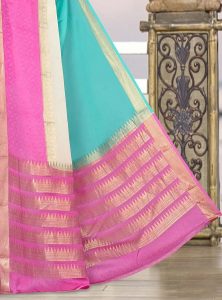 Popularly known as ‘Mysore Silk’, the fabric denotes South Indian Royalty. Its rich look and soft texture make this type of Silk a South Indian bride’s top pick. Though it originates from the South, there is equal, if not more, demand for this rich quality Silk fabric in the North as well as the rest of the world.

Producing over 9,000 metric tons of Silk per year, Karnataka’s silk history dates back to the time of Tipu Sultan’s reign. The Silk produced in the Kingdom of Mysore was the most grossing and widely popular culture during his period. However, the Great Depression saw the decline of the Silk due to intense competition from imported silk and rayon.

The popular Silk from Karnataka now called Mysore Silk saw its revival in the 20th century. Now, it is the most worn kind of Silk across the country. Though there is no clear-cut explanation on how they used to produce the quality Silk or the detailing and nuances that have advanced along with technological development, the widespread adoration for the fabric has no bounds.

To denote royalty, irrespective of the culture, there exists a certain type of attire. The Kings and Queens of the South were only clad in the best of Silk. Main inspirations come from the literal glitz factor that the royals were keen on. The more elegant draped sarees that not only looked good but were also comfortable is what attracted the Aristocrats of that era. The simple use of yarn and zari to bring out true extravagance never ceases to amaze us till this date. 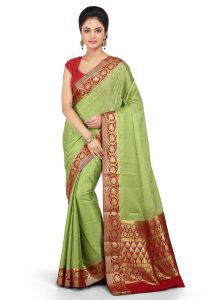 After the decline of demand due to the Great Depression, the 20th century brought in more color and variety to the Mysore Silk sarees. The ‘prints’ were now gaining popularity. Karnataka Silk Industries Corporation (KSIC) employees NIFT (National Institute of Fashion Technology) qualified personnel to innovate and widen the scope for the fabric.

Genuine Mysore silk fabric does not wear off with one wash. It is usually dry cleaned as it needs to be carefully handled due to its soft texture. Very light detergent is to be used as the luster may be affected if heavy chemicals come in contact with the fabric. Since all kinds of Silk dry very fast, it is advised to not leave the fabric too long under the sun.

While Mysore Silk is most popular in South India, it is a fabric sought after all over the world. The latest trend of the ‘kasuti’ which brings in a wide woven border on these south sarees have become a huge hit.

Mostly worn during the Indian festivals or weddings, the Karnataka or Mysore Silk is more of an occasion oriented fabric. In the recent Cannes Film Festival held in France, the lauded singer from Bombay, Jayshree wore a grand saree made of Mysore Silk. Also it must be noted that this material has been recently used in the making of many ‘ethnic’ clutches and purses made by big international brands. 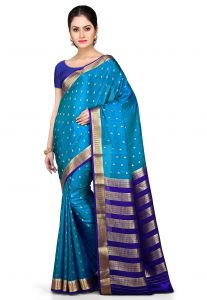 Predominantly, this fabric is worn by brides all across the country. The various styles of draping the saree vary from state to state in the country. The Mysore Silk Sarees are a common addiction in India when there is a mention of weddings. Be it a Christian, Muslim or Hindu wedding, there is always a way to use this fabric. Due to its heavy weaving and authentic look, the fabric is quite expensive. Back in the olden days, this fabric was the sign of the upper class. Cotton was the fabric worn by the lower or the underprivileged classes. The tradition of pricing the Mysore Silk Sarees at a very high rate has not changed over time.