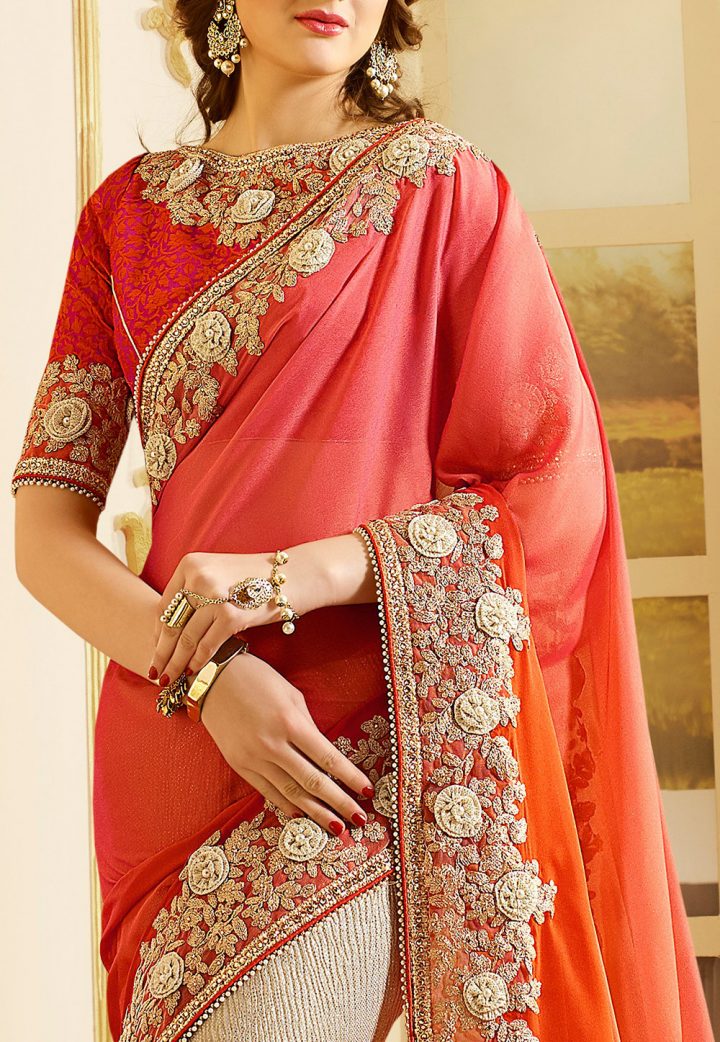 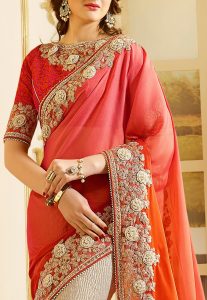 Patchwork comprises sewing together pieces of same designs or colorful fabrics on a larger fabric to generate a funky pattern. The smaller designs are measured precisely and cut out and then sewn on to the larger fabric base with equidistant space between them. The designs can be of many kinds including pieces of Kalamkari work, pieces of velvet, silk, satin and more.

Patchwork hasFr There is evidence to say that as long as 5000 years ago, quilting of layers of cloth to make warm clothing and warm beds was done in China and Egypt. In the middle ages, the Japanese soldiers used to wear armor made out of quilted fabrics. In the early 11th century, with the climate getting colder in Europe, bedding made of quilt became commonplace. This soon led to more creativity and development of beautiful pieces of patterns and designs being stitched on to a large piece of cloth. This art of quilt and patchwork creation was taken to America by migrants.

In contemporary times, while patchwork based clothing is quite fashionable in other countries, in India too there has been a very curious and interesting marriage of ancient craft with modern designs and fabrics. From using random designs on sarees or salwar kameez using different fabrics, to using ancient handicraft to embellish sarees made of silk and cotton, Indian ethnic wear is using patchwork to the fullest.

Old crafts like Kalamkari, Ikat and Nakshi Kantha have been using patchwork for a very long time. All three arts rely on using motifs which have definite religious significance. The patches of motifs carry various images such as lotus, sun, moon, swastika, and several other traditional and religious symbols. All these motifs are used in an even layered manner on sarees. 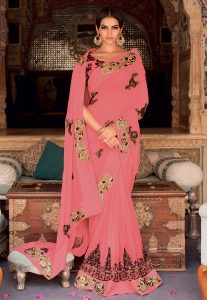 While there are enough number of manufacturers who come out with good and marketable designs of patchwork sarees and salwars, the art of patchwork is manageable enough at an amateur level. So much so that there are a lot of people who keep updating their old sarees or salwars with interesting pieces of patchwork. The base fabrics used in the contemporary range extend beyond silk and cotton. One can also take into account georgette, chiffon, and polyester.

It might sound quite limited but there is a range of ready-made patchwork fabric which can be used for men’s shirts too such as the patchwork Madras fabric. While the name suggests that this fabric is made in the city of Chennai (formerly known as Madras), the maximum amount of fabric from this range is manufactured in other parts of the state of Tamil Nadu (which Chennai is the capital of). However, it is true that Madras fabric originated in its namesake city. Madras patchwork fabric is created by taking yarns dyed in different colors and then weaving them on a loom to create a fabric which has a checkered effect and shows up as a crisscross of colors. 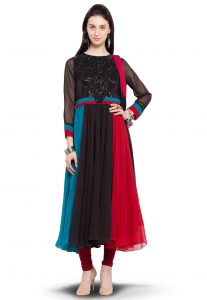 Madras fabric can be priced as high as Rs. 500/- per yard and the actual finished products such as sarees and salwars in contemporary styles can sell as high as Rs. 5000/- to Rs. 7000/- in the international market.

In India, while the focus has been on ladies’ wear, the range of patchwork has expanded quite a bit. One can find patchwork embellishments of zari, chikan, pearls, beads and other such material which are used on sarees and salwars.

Sarees with traditional patchwork such as that used in Ikat and Kalamkari have a deep religious significance and hence are worn during festivals and weddings or during an elaborate worship.

More contemporary designs are by and large used as formal wear, party wear or as attire during weddings.