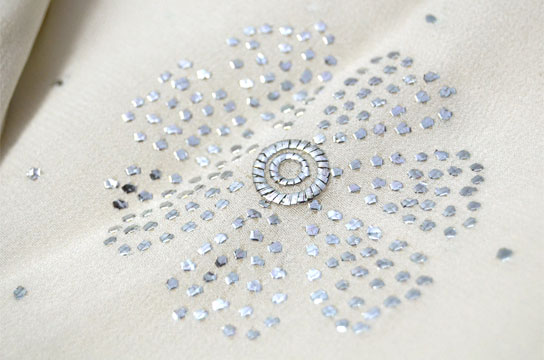 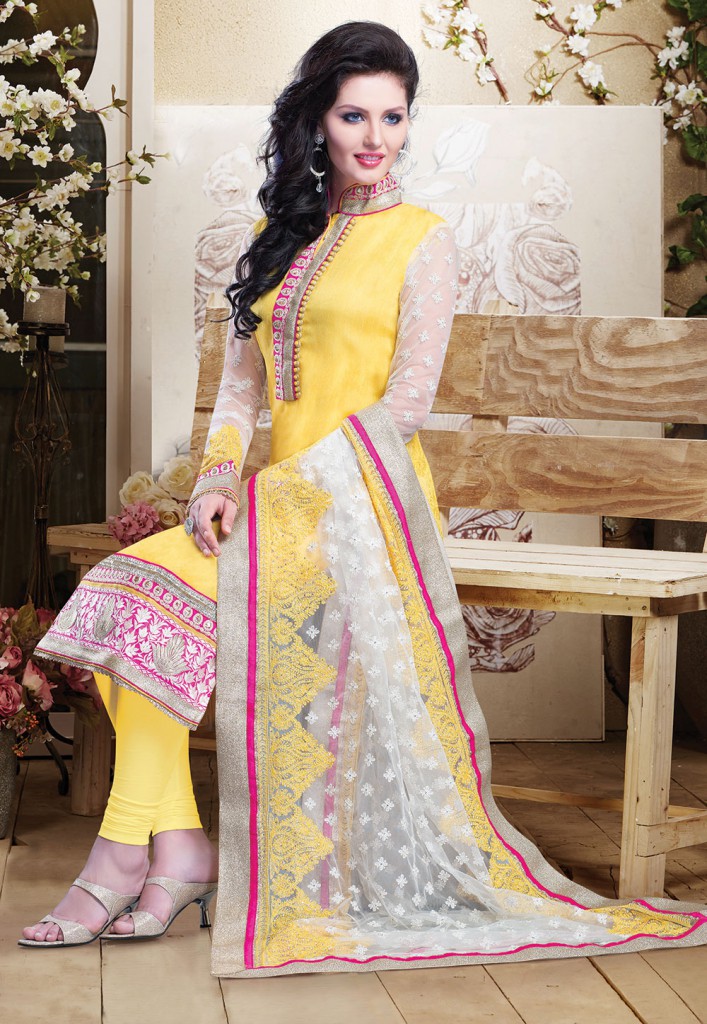 Mukesh work also known as Mokaish, Mukeish or Mukaish is a type of embroidery done in the capital of Uttar Pradesh i.e. Lucknow. This type of embroidery involves twisting thin metallic threads to create patterns all over the fabric. Although the most common pattern is dots, other patterns are also created in Mukesh work.

This form of embroidery can be done on all kinds of clothing items, right from sarees and salwar kameez to shirts, tunics, kurtis and more. Currently, this type of embroidery is considered a dying craft as there aren’t many karigars (craftsmen) invested in the creation of Mukaish work garments any more.

Embroidery has been a source of income in Lucknow for centuries. Mokaish work is an integral part of Lucknow’s history as it originated in this city. This form of embroidery was first developed for the royalty that resided in the city as part of their finery since Mukesh work initially used precious metals like gold and silver to make threads.

While pure Mukeish work sarees were highly exclusive, Mukaish work in itself was seen as an accompaniment to chikankari. This embroidery has been and still is used widely to enhance the beauty of a chikankari garment. More often than not, heavily embroidered chikan garments have highlights of Mukesh work amalgamated into them.

Chikankari as a craft flourished and spread far and wide while Mukesh work continued to die out. Although the exact reasons remain unknown, Mukesh work is said to be an expensive as well as labor and time intensive craft which has diminished in status and popularity over the years.

There are now only a handful of kaarigars who are adept at Mukesh work embroidery. Most of them are from the Muslim community and live as well as work in the narrow by lanes of an area called ‘Chowk’ in old Lucknow.

Mukesh work transpired as a way to beautify chikankari embroidery. As the metallic threads used in Mukesh work were initially precious metals such as gold and silver, this craft was capital intensive. This work is done usually on chiffon and georgette fabrics. However, cotton is also another viable option since chikankari on cotton is renowned throughout the world. Mukesh work takes on two avatars i.e. Fardi ka kaam that women do within their homes and Kamdani which is done by elderly men. 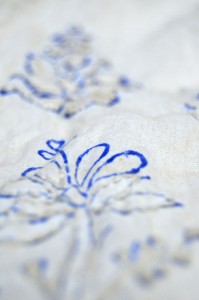 The metal that is being used is usually in the form of a wire. These are first stretched into strips and are then passed through the fire so that the metal takes on different hues. This is then cut into wires of finer breadths. Next, they are beaten using a smaller hammer so that the density of the wire is almost paper thin. Only when such density is achieved can the wire be weaved in and out of something as delicate as a fabric. Moreover, this density adds finesse to overall look as opposed to such delicate embroidery made of thick chunks. 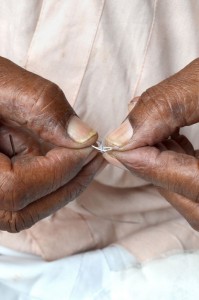 Once the embroidery has been done, the fabric is spread out flat on the ground over a blanket (so as to avoid accumulation of dirt and stains). The embroidery is then rubbed thoroughly over with a glass bottle or cowrie shells. This is done to work out any lumps in the embroidery. It also burnishes the metal and leaves it brighter and shinier. 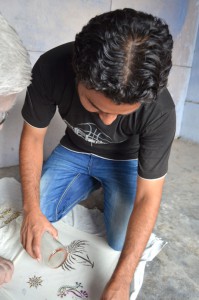 Mukesh work embroidery can be manifested in two patterns or ways known as Fardi Ka Kaam and Kamdani. These patterns are created during the process of Takaayi and have vastly different end results in terms of their design.

Fardi, literally translated, means dots. It is basic yet one of the most widely recognized and loved forms of Mukesh work. There are many sizes and patterns in which these dots are stitched and each has a different name.

The tikki and challa are extensively used and their primary purpose is to enhance the overall design.

The width of the wire determines the size of the dots; finer the dots the more expensive they are. The widths of the wires are referred to in decimals i.e. .4 being the largest, .2 which is slightly smaller and finally .1 being the smallest. 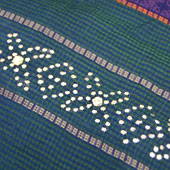 In Kamdani, to make the process of threading a needle easier, the wire is attached to a small length of thread. These wires can be worked into any number of patterns and motifs, thereby becoming popular as ‘fancy kaam’ 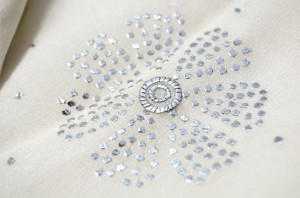 Another development of the modern day and age is the usability of any metal for Mukesh work. Although initially it was done in pure silver thread for royalty, now cheaper metals can be used as long as they are malleable and pliable to the Takaayi procedure.

On the runway, in boutiques and within homes, Mukesh work is now seen as part of the larger chikankari garment. The beauty it lends to the attire is undeniable and is being flaunted the world over by well-known Indian designers.

Many in the fashion industry believe that Fardi ka kaam set the pace for sequin work and is the original Indian sequin.

Since the overall look that Mukesh work renders is a soft shimmer due to the metallic threads, depending on the style and color of the garment, one can accessorize the attire with gold or silver studded stilettoes and peep toes. Moreover, studded clutches complement Mukesh work very well and can be teamed up with salwar kameez as well as sarees.

Mukesh work, being delicate embroidery, should not be put through harsh cleaning processes. Dry cleaning and / or soft wash in the washing machine are ideal for garments with Mukesh work on them.

Look out for fraying pieces of metal that ruin the overall garment. Such frayed ends should be cut close to the garment with a pair of scissors.