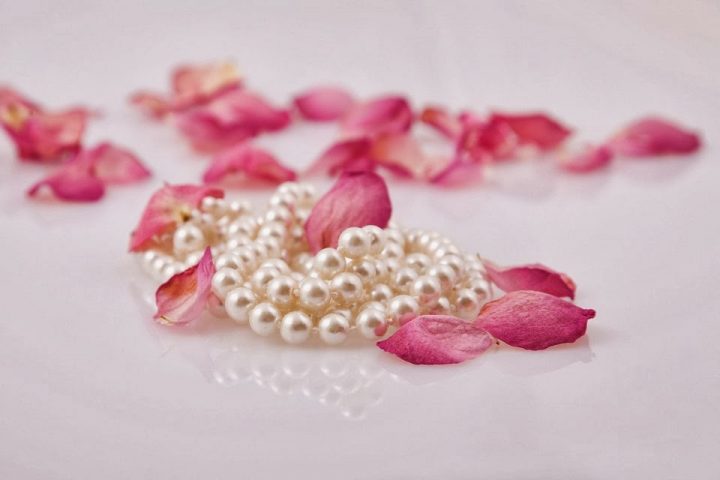 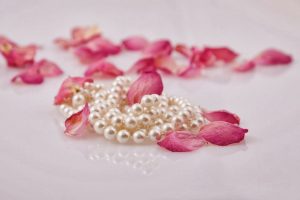 Pearls have always been an oriental heritage as they owe their early origins in China. Pearls that come in various colours, shapes and sizes eventually began to be used as embellishments in the form of intricate embroideries in the attire of royalty in Europe, China, Russia, India and other countries. They were used for embellishing headgear, various exquisite vases and decorative items.

India saw a lot of Moti or pearl work being done during the time of the Mughals, as it was commonly used to adorn the attire of the kings and queens, apart from being used as jewelry. Embroidered pearl or moti work was done by skilled artisans who managed to create intricate and seamless embroidered pieces with great efficacy.

Moti work has been done over centuries in India from the time of the Mughals till date on various fabrics ranging from Silk to Cotton. This bead work is also performed on various articles too as embellishments. Moti work is usually combined with other forms of embroidery such as Crystals, Zari and Zardosi to give it a shimmer and elegant appeal. Moti work is currently becoming more fashionable with a lot of designers opting for this type of embroidery. Nevertheless, the most skilled Moti embroidery artisans can be found in Kutch, Kathiawar and Telangana, as they have been doing it for centuries by combining pearls with other beads for the classic traditional look.

Moti work mainly depicts various floral motifs, plants and animals. It is primarily inspired by nature for most of the work, however, today a contemporary twist has been given to Moti work in order to popularize the craft amongst the present generation and hence geometrical patterns are also commonplace in Moti work.

Traditionally, Moti work has been done by hand by adept craftsmen. However, when manually done, Pearl embroidery would take a long time to get completed, due to the dexterity involved in handling the pearls. However, these days, there are machines that perform the pearl embroidery. Not only do they result in perfectly finished pieces, but the time involved in the Moti work is also much less. 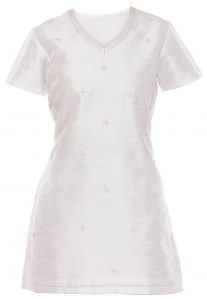 In the present scenario, Moti work has made a great comeback with a lot of fashion designers taking the craft to the international level. This exquisite craft has been given a contemporary appeal through fashionable sarees, suits, bags, clutches and even shoes. Moti work is being used in head accessories like clips, hairbands and other products, apart from clothes. Furthermore, due to mass production, Moti work has become more affordable to all, thus making it a hit with the masses too.

There are a lot of attempts being made at renovating and creating innovative designs and merchandise by using exquisite pearl work. Purses and clutches embellished with Moti work are a must-have for women. Furthermore, Moti work sarees and suits are also an evergreen favorite. A lot of innovative head gear using Moti work has also become a great possession such as hair bands, clips, scarves, bags, purses, belts, shoes amongst others. 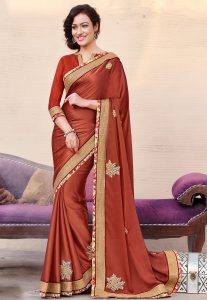 Accessories and apparel with Moti work can be worn semi-casually if it is less embellished. However, attire that is intricately embellished with pearls is a perfect dress for a wedding, party or celebration. Not only do Moti work sarees make a strong fashion statement, but a lot of brides are also opting for Moti work on their white wedding gowns for that added elegance.

Moti work embellished apparel should always be dry cleaned in order to preserve the pearls and prevent them from getting damaged or loosened up.

Moti work is not indigenous to Indian heritage only, as it has been used in apparel all around the world over centuries. Hence, Moti work is globally used by designers, particularly in haute couture and gowns. It is an exquisite craft whose popularity has still not lost that old age charm.

With the upcoming options of scarves, head gear, shoes, jackets, belts, clutches, coats, waistcoats and purses embellished with Moti work embroidery, there is a huge variety of pearl work accessories that can be used to accessorize an outfit and make it look classy and elegant.