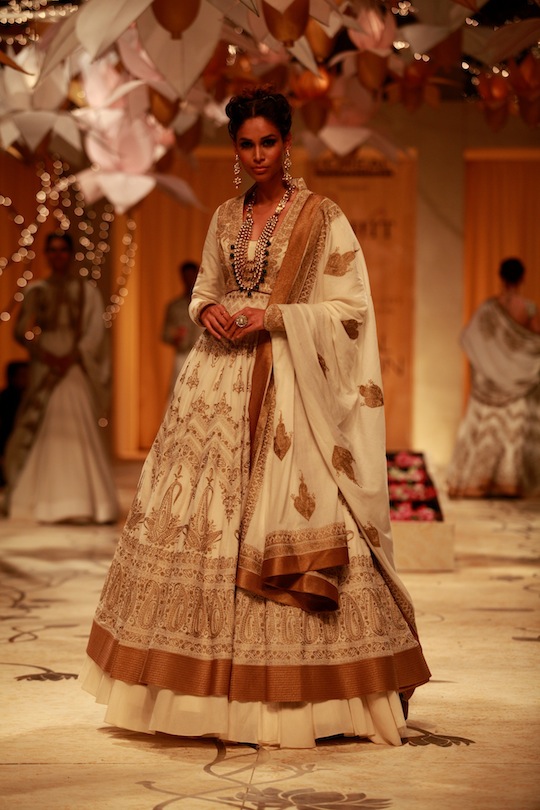 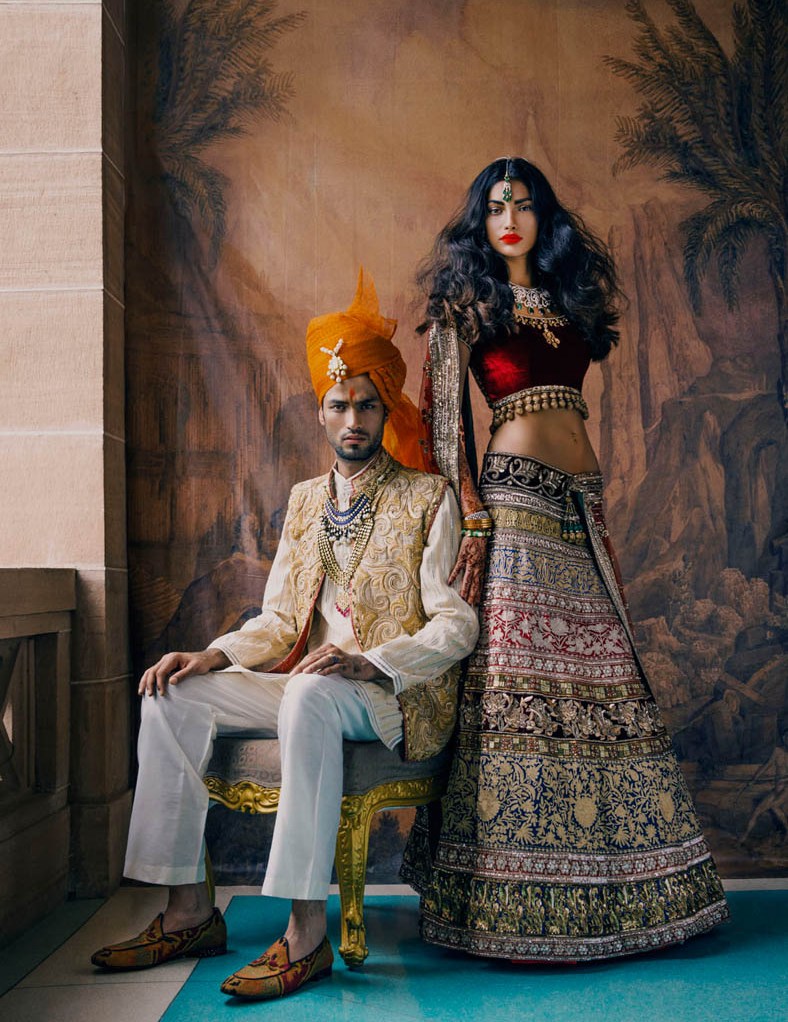 Kasab embroidery, or Kasav embroidery, is a variation of zardozi embroidery which can be likened to zari work which is done on fabrics. It is considered to be one of the most opulent forms of embroidery in the Indian subcontinent because it involves threading actual fibers of gold or silver onto fabrics to create the embroidery and patterns. Usually, silk, cotton, brocade and velvet are some of the most prominently used fabrics for this work, although lighter fabrics like chiffon can also be used.

Zardozi work was brought into the Indian subcontinent by Mughal invaders during the late 16th Century. The word itself originates from the Persian words ‘zar’, which means ‘gold’, and ‘dozi’, which means ’embroidery’, literally translating to ’embroidery made of gold’.

This type of embroidery was widely prominent in the royal families and their court and eventually trickled down to the common folk as women in the royal family were known to discard clothes after wearing them just one time. These discarded clothes were then given to handmaids and servants, who then created replicas, keeping the trend in the realm alive.

Originating from Persia, this form of embroidery is vastly inspired by Persian aesthetics and Islamic forms of expression. Therefore, originally, most embroidery work done in this fashion would show patterns and motifs inspired by nature such as flowers, leaves, vines, trees and so on, and birds such as peacocks and smaller birds, or a combination of the two.

The Making of the Embroidery

Kasab work is essentially a form of zardozi work so in order to understand how this embroidery is created, it is essential to throw light on the creation of zardozi work itself. Zardozi is created with the help of metallic thread, usually in the form of real gold or silver. Ingots of the metal are first melted in order to make the metal more malleable. Once they we are melted, they are then pressed between steel sheets that are perforated as this helps with turning them into small, thin wires. These wires are then hammered further so that the required amount of thinness can be achieved for the embroidery.

The embroidery itself was originally created by hand, with craftsmen pouring over fabrics to create the required designs. However, with modern innovations in technology, almost all forms of embroidery are undertaken by machines with craftsmen supervising the design and working the machine.

Kasab embroidery can be classified into different styles on the basis of the threads used to create them; however, there is no set term or name that is used to identify them. On a broad spectrum, they are classified as follows:

True to its original form, Kasab work can be found in real gold or silver threads on various garments and fabrics. More often than not, these are found in higher end markets and can be quite expensive due to the authenticity of the metal used.

A less expensive variant of Kasab embroidery is created by using wires that are made of plastic which are later painted gold or silver to give it the required sheen. They may even have versions of coiled wires on the edges of the garment with thinner couched versions towards the other sides. This is, for obvious reasons, a more affordable version of Kasab work. 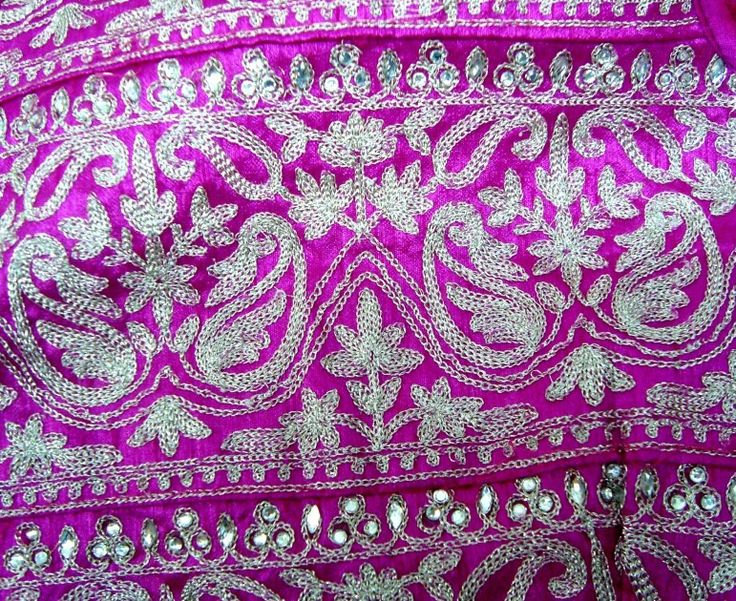 In terms of base fabric variants, Kasab embroidery is undertaken on a plethora of fabrics and ensembles. It is mostly customary for this embroidery to be created on velvet, silk, brocade and, at times, cotton, and can be used for almost any type of outfit successfully such as salwar kameez sets, anarkalis, lehenga choli sets, sarees and kurtis.

Globally, Kasab work is a highly coveted form of embroidery due to its regal aura. It is also considered to be quintessentially Indian, which makes it even more desirable to Indian fashion enthusiasts living abroad.

In India, Kasab work is seen on a large scale on garments across all runways. This is a widely used and popular form of embroidery.

In an effort to make this embroidery more affordable and accessible to the masses, innovations regarding the type of wires and threads used were brought into effect a few years ago. As opposed to using real gold or silver, which was the norm, designers are now using plastic cores that are painted in gold or silver, in order to minimize the cost of creating the garment.

Apart from this, innovations regarding the aesthetics of the garment include embracing western tastes. However, this is very limited as Kasab work is preferred to be as close to its original aesthetics as possible.

The embroidery, in spite of the sheen of the threads and metals, is quite subtle. At times, designers choose to add beads or stones to the work to add more visual texture to the garment (this is usually referred to as zari work) however, it is worn as close to the original, subtle form as possible.

As this embroidery is available in almost every form of outfit i.e. salwar kameez, Anarkali, lehenga choli sets, sarees and kurtis, it must be styled on the basis of those outfits. Indian jewelry such as Kundan sets are usually the norm when it comes to accessorizing with ethnic wear.

As this embroidery is quite delicate, it needs to be maintained well. Real kasab work in silver has to be kept very safely, away from external elements, as silver tends to tarnish quite easily. With Kasab work, the norm is to get the garment dry cleaned as washing may end up inadvertently pulling some of the threads out of the garment.