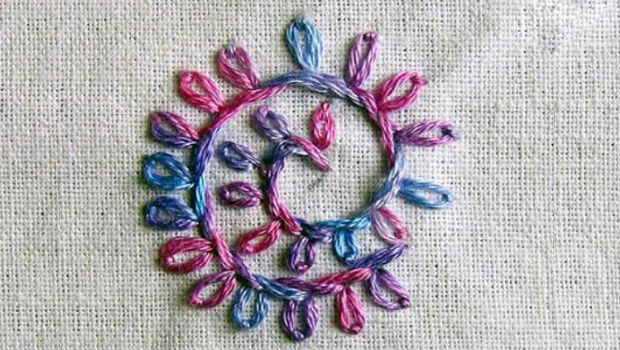 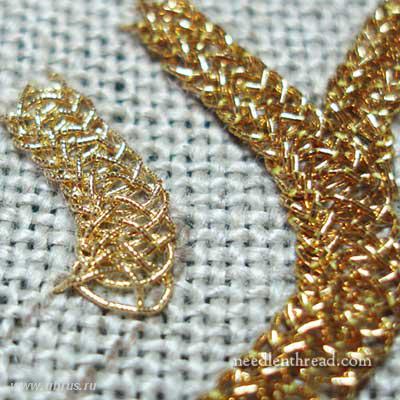 In terms of embroidery, braid embroidery, also referred to as crochet, braid stitch or chain stitch, is a popular form of embroidery in India. In this art form, motifs and patterns are created by designed structures that are interloped and supported on a chain foundation. The hooks used to create these are called crochets, which is derived from the French word meaning hook and can be made from a variety of materials such as bone, wood or metal. Most commonly, yarns or threads of cotton, silk, linen or wool are used while creating this type of embroidery and the effect that each fabric creates tends to vary due to the strength and features of the fabric itself.

It is mostly hypothesized that the braid stitch came to India during the British Raj. The oldest piece of cloth with braided embroidery work done on it dates back to the 1800s in Europe, whereas old items from India and Pakistan can be found in museums. These items are vastly treasured due to the British influence prevalent in the motifs and designs used, showing that this form of embroidery was not used in India prior to their rule.  However, interestingly, this craft originated as a development on another style of embroidery known as tambouring, which is said to have originated along India, Pakistan and Persia. In this style, a hooked needle was used on a piece of fabric stretched over a wooden frame. In braid embroidery, the fabric itself is not required and the hooked needle is used to create the motifs instead. This was essentially developed to combat cold winters as this form tends to layer yarns of fabric, making the garment warmer than most others.

Traditional forms of braid embroidery gain their inspiration from nature itself. More often than not, crocheted garments are filled with motifs and patterns of leaves, flowers, and vines and so on. These patterns, when interlinked together, create a lace-like structure which is complimented by the soft, feminine motifs that are used. However, recent innovations in fashion allow almost any pattern to be used.

The braid stitch is created by first defining two lines as the base lines (for reference) on the fabric. This can be done by drawing with a pencil. The first stitch is then thrown on the left side. On doing so, one creates a loop over the thread and passes the needle over it while leaving ample way for the loop to stay a little loose. When done in succession, this creates the braided stitch.

With various interpretations of the stitch prevalent throughout India, there is a large number of styles that is embroidery is available in. Some of these are:

Braid embroidery is used in a variety of Indian ethnic wear, especially for clothes meant for the winter season. For intricate pieces of garments such as kurtas, dupattas or saris, these stitches are widely used to create a richly designed look. Seen on both, global and Indian runways, this embroidery is considered an ancient art filled with various sources of inspiration for designers and fashion enthusiasts throughout the world. 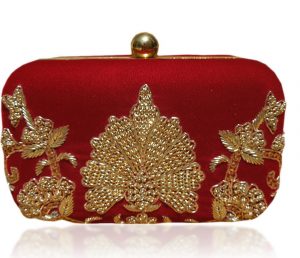 In India, while the braided embroidery form was originally only used to create warm woolens for the winter seasons, this stitch is now being used on all types of clothes to create different motifs and patterns. Other innovations include the fact that it is no longer necessary to use motifs derived from nature.

This style of embroidery can create a variety of formal and informal attire including, but not limited to, kurtas, salwar kameez sets, lehengas, cardigans, saris and sweaters. They can be paired with ethnic counterparts or even western attire such as jeans to create a fusion look.

The maintenance of this embroidery solely depends on the fabric it is used on as well as the type of yarn used to create the embroidery. One must follow appropriate instructions to maintain it accordingly.