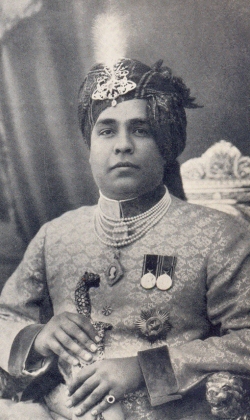 Partabgarh or Pratapgarh, one of the tribal regions of Rajasthan has an abundance of history that showcases Indian royals and their fine mannerisms, which till date have a resounding effect on Indian society at large. Rawat Suraj Mal was the person responsible for creating the royal clan of Partabgarh. Though the origin dates back to as early as 1553, the name Partabgarh was formed in the year 1698 by Maharawat Partab Singh.

Partabgarh successfully co existed along with the other districts of Dungarpur and Banswara. However, there were frequent invasions from Udaipur. On most occasions the Partabgarh tribe took shelter in the hills as the Udaipur army was very strong. However, there came a time where the royal clan of Partabgarh sought the help of the Mughal kings by befriending them and by forming a strong alliance themselves.

The Partabgarh army, coupled with the Mughal army was a strong contingent to the Udaipur army and many battles were won after the relationship with the Mughal kings started getting better. Maharawat Savant Singh was one of the first rulers of Partabgarh and under his rule, things slowly started to change for the better. The Partabgarh army slowly started gaining respect for the opposing armies. However, it was under his great-grandson, Maharawat Shri Udai Singh’s rule that the phenomenal growth was witnessed. Infrastructure facilities improved, the flow of funds increased and lots of public welfare activities were carried out under his rule. During this era, Indian history bears witness to the enormous pieces of jewelry that were exquisitely designed and worn by the Maharawat and his royal clan. The skill of the craftsman from that age still holds great value in terms of tradition and ethnic fashion across the nation and beyond.

The Maharawat of Partabgarh was the great benefactor of Theva jewelry, which was a technique used to carve intricate patterns of gold on colored glass, along with precious stones and beads. Besides jewelry, the Maharawat was also fond of rich and tastefully designed fabrics like Cotton and Silk. The king wore a turban around his head which was encrusted with precious pearls, rubies and diamonds. The royal robe that he donned had extremely fine Zari work in gold thread. Also, the maharawat’s turban had a peacock feather which added the royal charm to his garb.

Partabgarh is famous all over the world for its handloom and handicraft items. The royal dresses worn by the royals of Partabgarh were fine exemplars of hand woven designs. The royal attire was nothing but rich and exquisite in design and style. These royal attires were exclusively designed for the royalty and the people of his court. Highest quality Silk and Cotton were the two major fabrics used by the craftsman.

The royal clan wore Silk turbans which were very long and rich in texture. There were thousands of ways to tie a head gear and the men of the royal family took immense pride in donning the headgear in different ways and for different occasions. The dhoti was mostly made out of cotton which was spun as per the requirements of the royal family.

The women folk were known for their dresses and the richness of their jewelry. The sarees that they wore were made of highest quality fabrics. Their heads were always covered, much like the traditional ways in which the royal Indian women dressed. The jewelry was their prime possession which included the rarest kinds of Pearls and other gemstones that were brought from different countries across the world. Some of these antique pieces can be found in museums today, and are simply awe-inspiring. 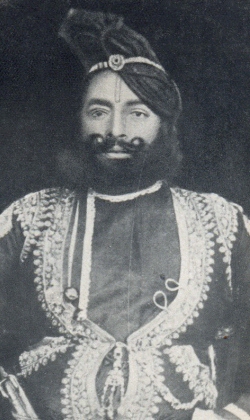 Influences Over The Years

Foreign influence started seeping into to the Partabgarh dynasty in the late 1950s. As more and more foreigners started visiting India, the royal people of Partabgarh also started changing their lifestyles to adapt to the foreign style. Their dressing sense went through a major transformation. The royal men who only wore traditional turbans and dhoti found a different level of comfort while wearing linen shirts and trousers. The traditional long hair that men used to don was cut to match with the westernized dressing style.

The royal women and their attire also went through several changes as they stopped wearing too much jewellery and their style became minimalistic and sober.

Increased education and cultural richness brought a lot of foreigners to Partabgarh. The culturally rooted Partabgarh started opening up, to accept changing trends. The forts and temples figured in various global magazines abroad, purely for their cultural loyalty. A lot of remote artistically rich places like these started gaining the much-needed recognition as more and more people started visiting Partabgarh. A Thewa work necklace (intricately carved necklace) was put on auction at the Donnington Priory in July 2005. This necklace was made back in 1860 and has gold and green emeralds woven in harmony on a single piece of wire. This exquisite piece showed the world, the high quality of the Partabgarh workmanship.