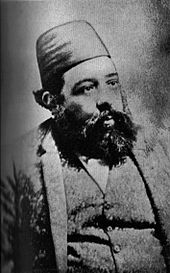 The flavors of Maharashtra linger into the soul and hearts of the masses by creating a long lasting impression of style, and elegance through the medium of its enriched culture and tradition. But the legacy of trends and fashion credits its popularity to the reigning era of King Aga Khan. The Aga Khan era popularly known for their princely attires and royal costumes marked the starting point for the style which went to etch into the golden books of the fashion world.

The legacy of Aga Khan imprinted itself onto the historical pages since the 18th century. The very famous Aga Khan Palace was executed by Sultan Mohammed Shah Aga Khan III. This renounced historical palace not only achieved fame and recognition for its extravagant beauty, but also for its close knitted connection with the Indian freedom movement, as it played the role of a prison for distinguished personalities like Sarojini Naidu along with Mahadev Desai, Mahatma Gandhi along with his better half Kasturba Gandhi. After Aga Khan III, his successor Aga Khan IV carried forward the royal legacy not only in terms of rule but also in terms of fashion trends. His royal robes, costumes, accessories and other such adornments marked the beginning of the ‘never ending’ fashion cult across the globe. 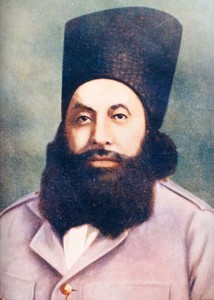 Royal robes studded with precious gems and stones and artistically embroidered with zari work and motifs were the costumes which defined the aristocracy of King Aga Khan. Mainly the designs and patterns which were embroidered on the fabric of the royal costumes defined two major styles, the first defined a Peshwa style and the second defined a Maratha style. The people who were either called or fixed appointments to meet the king were expected to be donned in their traditional costumes. The men of Maharashtra meeting the King, had to dress in a milky white dhoti which was considered to be the cultural heritage of the state, along with a kurta. A Bandi was also donned over the kurta. However, the look was regarded complete only when the turban called the pheta or pagadi draped the head.

As years and decades glided by on the fast track route of advancements, the impactful power of globalization has transformed the look and features of costumes and attires with every ticking second. Modernization has proved a revolutionary impact on the culture which has revamped the look of the society, but at the same time retained the original essence of the culture coated with its glorious traditions. The traditional essence of Paithani is still considered to be the ‘in-fashion’ for the generations of today.

In today’s day and age, the age old traditional costumes of long coats and robes, dhotis, and kurtas have been innovatively substituted and replaced by trousers and shirts. Today the youth of Maharashtra prefer gracing the festive occasions with Pajamas, Ackan, Churidar or Survar. However, more refined qualities of silk and fabric have been introduced to the fashion world, which has worked wonders onto different royal costumes by enhancing their overall appearance altogether.

Comfort and ease provided by these outfits, which along with the elegance factor, have managed to create rippling waves of success in demand as well as supply among the international garment and textile markets. Even citizens abroad have embraced the idea of these traditional costumes by considering them to be a medium of connecting to the rich and royal cultural heritage of Maharashtra, India.

Be it the sherwanis, ornate dhotis and the kurta pyjamas, these royal costumes have not only escalated the state onto superior fashion ladders, but have given rise to global opportunities like fashion designing, business units and institutions which have managed to cross the seven seas and the seven oceans, thus building a lifelong bridge of harbor and connectivity with the world.

The traditional costumes which have included slices of innovations and transformations can add more ethnicity to auspicious occasions like the Maharashtra New year which is called ‘Gudi Padwa’ and even other festive occasions of Maharashtra. Even traditional and ritualistic ceremonies, marriage ceremonies and pujas can witness the donning of this traditional attire during any and every season of the year and under any weather condition.