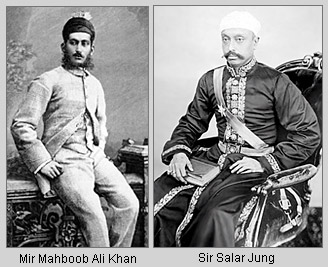 The erstwhile state of Hyderabad and Berar was perhaps the largest Indian state in size during the time of the Mughals and was founded by Nizam-ul Mulk. Gradually, after the weakening of the Mughals in the North, Hyderabad saw the first Nizam in the dynasty of the Nizams in 1724. Hyderabad, at that time, was always under the risk of being invaded by the Marathas and the rulers of Mysore. However, this risk was soon put to rest as the East India Company defeated these enemies and thus the Nizam formed a deep bond with the British which lasted till 1948, when Hyderabad became a part of India. Initially, the capital city of the Nizams was Aurangabad which was later shifted to Hyderabad.

The Nizams were great enthusiasts of art, literature, and culture and this enabled them to develop a very distinct identity of the Deccan region. The Nizam set up many educations institutions that included schools, madarsas, colleges and universities.

Nizam Asaf Jah VI was very popular for his luxurious lifestyle, particularly for his fetish for cars and clothes. He is known to have the most extensive and expensive collection of clothes in the world. He popularized several fashionable bits and pieces ranging from collars, coats, footwear, perfumes, headgears and much more. An entire wing of his palace was exclusively dedicated to clothes and it was known that he would not repeat the same garment more than twice.

Likewise, Mir Mahbub Ali Khan, the 6th Nizam of Hyderabad again had a lavish two-tier wardrobe that housed a huge variety of clothing. Mir Osaman Ali Khan, the 7th Nizam of Hyderabad, was perhaps the richest of all as he had the greatest treasures but, unlike his stylish predecessors, lived like a pauper by wearing tattered clothes and smoking local bidis. He also once famously negotiated with the Portuguese for buying Goa from them in the 1940s. It is estimated that his collection of pearls was enough to fill an Olympic-sized swimming pool!

He possessed the famed Jacob’s 400 carat diamond which is the fifth largest diamond in the world. It is said that the Nizam had found the Jacob’s Diamond hidden inside his father’s shoe and used it like a paperweight. Despite his riches, he always donned a crumpled turban and knitted his own socks. Despite owning the best of clothes which were housed in a half mile long wardrobe, the Nizam preferred to wear ragged clothes that were patched. He was known for his huge harem of 86 mistresses and hundreds of illegitimate offspring’s, which he was rather proud of. The last Nizam of Hyderabad and Berar also had his own mint, the Hyderabadi rupee, race horses, and tonnes of royal regalia as well as dozens of Rolls Royces. However, he had a great love for palaces that were staffed by thousands of people such as the Chowmohalla Palace and the Falaknuma palace that are now heritage sites.

Mir Osaman Ali Khan’s wealth and fortune was later caught up in disputes and his grandson Mukarram Jah could not afford to get entangled in his disputes and thus immigrated to Australia to lead an average lifestyle. He now lives a frugal life in a small apartment in Istanbul. 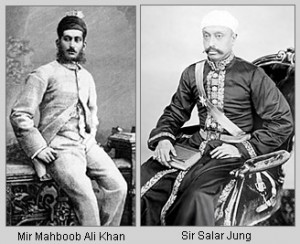 The Nizams enjoyed displaying their jewels and pearls lavishly and therefore, their traditional royal finery comprised of a lot of necklaces with the most exquisite gems and pearls. Their attire comprised of a sherwani with a turban-headed with a bejeweled sarpech.