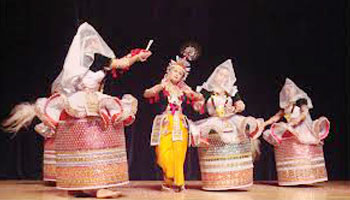 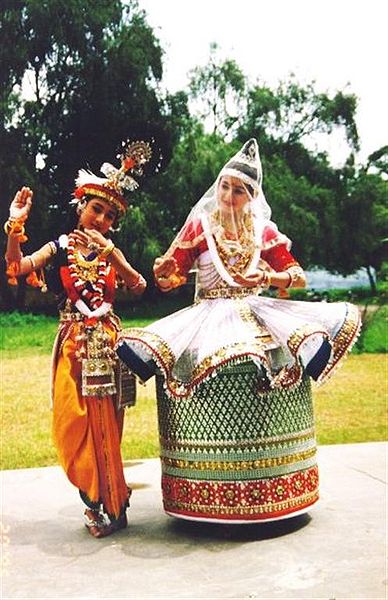 Emerging from the north eastern state of India and bordering over Burma, is the state of Manipur in its traditional culture and ethnicity. Be it the art forms depicting the very famous art of Raslila, which was given the plinth of recognition through the cult of Krishna and Radha, or whether it’s the costumes, this place spreads the essence of an ethnic culture in its purest form. The Patloi costume is mostly worn by the female performers or dancers. These costumes donned by the Manipuri dancers are royally studded with ornaments, are attractive and very colorful. This is specifically known as the Ras costume which is ethnically embroidered and ornamented.

The costumes of Manipur traces its origin and existence way back to the 17th century. It was historically believed that the Ras costumes, as well as the jewelry donned by the Manipuri dancers, have seen the light of day through the medium of a dream that enticed the mind of Maharaja Bhagya Chandra during the period of 1763 to 1798. This dreamt costume had a royal and a majestic appearance, which was later on patronized by the King, which went on to be recognized and popularized as the dance costume for the Raslila dancers of Manipur.

The Manipuri dance costume embedded with different types of intrinsic artwork floored the onlookers as well as the wearers. The female dancers wore a Kumin which is a lehenga that is studded with mirrors and the embroidery work, especially the zari artwork on the fabric is woven into spectacular designs and motifs. Pasuan, which is a transparent textured silk, is coated onto this fabric, giving the fabric a smooth and a velvety finesse. The choli is loaded and embedded with gota, silk and zari embroidery. A thin and a transparent odhini, known as the Meikhumbi, is used to cover the head. The male dancers are seen in saffron colored dress known as the Feichom.

Influences Over The Years

These costumes are wrapped in grace and style. Over a period of years the Ghaghra and the flounced skirts, which had lost its appearance in the middle, has bounced back into style and fashion with embroideries more heavily worked in threads of silk and gold. These costumes have managed to retain the ethnic essence which is embedded in the rich and cultural soils of Manipur.

As the years have passed by, the traditional outlook of these costumes is being woven over the routes of innovation, exquisiteness, and creativity. More vibrant colors, as well as richness in the embroidery, have enhanced the look of these costumes, thus tuning it to the fashion tastes of the generations of today. The cap worn by the women, which resembles the shape of a cone, is enhanced with more borders of synthetic pearls which are layered under the white thin and transparent veil.

These Manipuri costumes have floored not only the audience of India, but also the residents of foreign countries across the globe. Legendary personalities like Guru Kalavati Devi has embedded volumes of popularity and fame into the international soils with her efforts of creating intrinsic designed Manipuri dance costumes abroad, which has been liked as well and has attracted millions of international garment markets.

Chronicles of the future Untold

As more and more people across the globe are getting familiarized with this style, international opportunities for its growth have climbed up the ladder of scope. Soon this ethnic style will spread its traditional essence onto other forms of dances and art as well, enhancing the culture on greater levels. 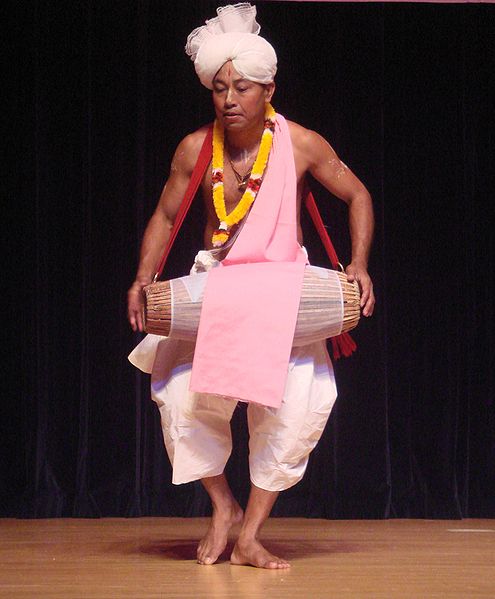 These outfits are generally graced by accessories and jewelries like Khaon which is an embroidered belt, Thabret that is tied around the waist, Ghungur which are bell ornaments for the foot, Leitreng which is golden plated ring that goes around the head, Chura which is again a headgear, decorated with peacock features and Koknaam, which is silver zari embroidered gauze that is placed overhead.

Basically, this outfit is donned during the festive occasion of Sankirtan, which is a Manipuri dance which is themed on various mythological epics. Especially during dances like Khubak Ishei, Thabol Chongba, Rakhual, Pala Kirtana and many more, these costumes grace the entire occasion as well the ambiance with its eye-catching appearance as well as its splendid beauty.