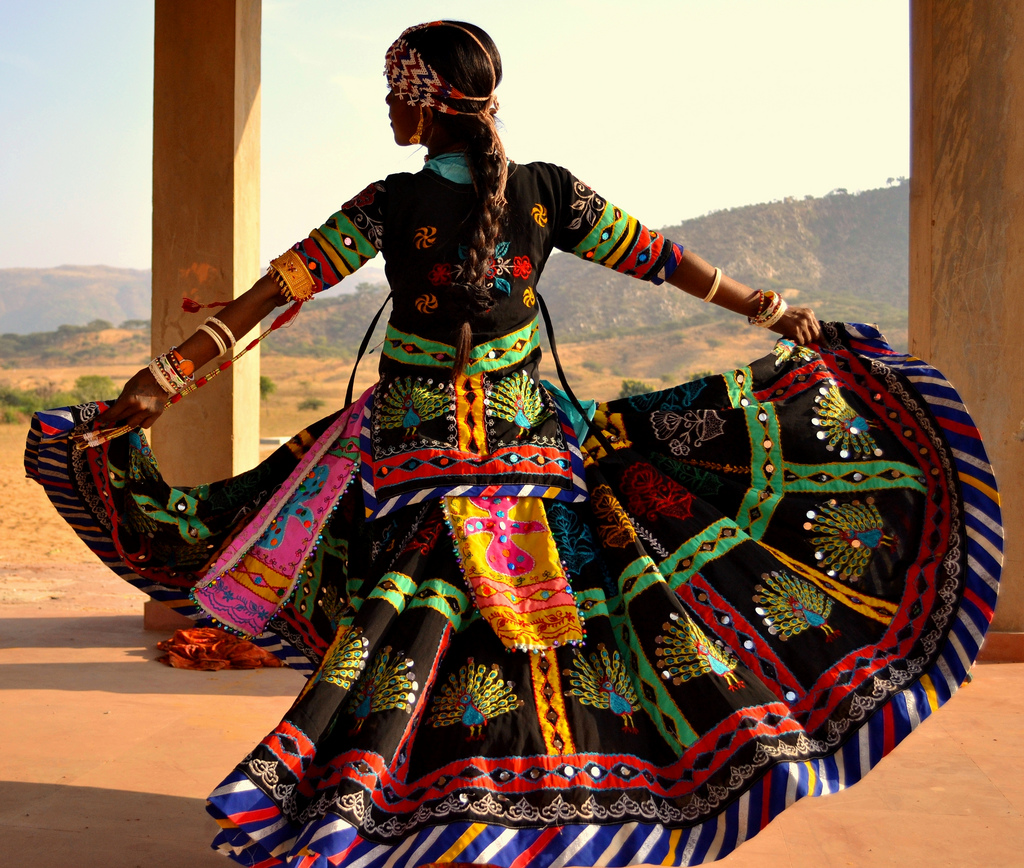 The Kalbelia or Kalbeliya or Karberia, as it is sometimes spelled is a dance form that is associated with a Rajasthani tribe of the same name. The dance form consists of swirling, graceful movements that make this dance a treat to behold. The movements associated with the Kalbelia also make it one of the most sensuous forms of folk dance in India. The Kalbelia dance is generally performed for any joyous celebration and is considered to be an integral part of the Kalbelia culture. Another unique aspect of the Kalbelia dance is that it is only performed by women while the men play the instruments and provide the music. 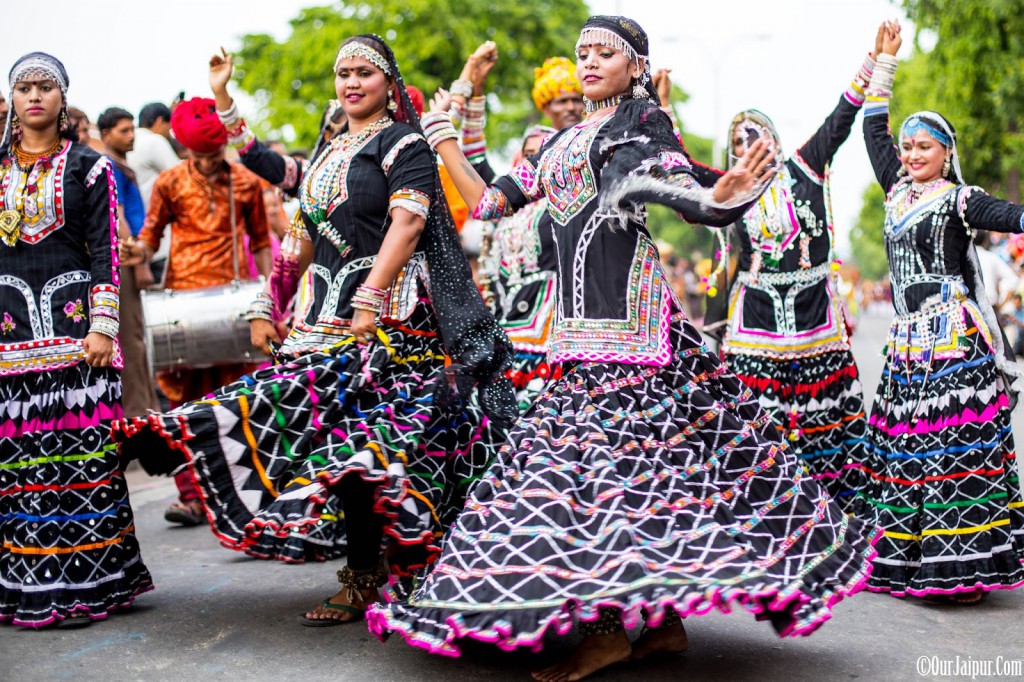 The Kalbelia dancers wear traditional dresses of their tribe when they are performing. The performers wear an Angrakhi on their upper body whose sleeves can either be half length or full length while their head is covered by an Odhani. They also wear a long skirt on their lower body which is called a Lehenga or a Ghagra which has a wide circumference. The whole dress is essentially black in colour with red decorative laces. It also employs silver thread that is sewed in an assortment of patterns on the black dress. This makes the dress resemble a black snake that has white spots or stripes more closely. It also features a lot of colourful patters and designs along with mirror work that help the dancer attract the attention of the audience.

Kalbelia dancers prefer to wear traditional jewelry during their performances. They wear beads and jewellery around their neck and their head in the form of elaborate necklaces and Maang-tikka. They also wear bangles and armlets. These can either be worn till the elbow or all the way up the arm. If the sleeve of the Angrakhi is full length, bangles need not be worn by the Kalbelia performers.

The Kalbelia tribe has been forced to stop their traditional profession of snake handling ever since the enactment of the Wildlife Act of 1972. As a result, performance art has become a major source of income for the once nomadic tribe. The beauty and skill of the Kalbelia dancers have received recognition not just in India, but from the world over. However, the Kalbelia dance is under threat as performance opportunities are quite sporadic and most of the people from the tribe have moved on to working in the fields or grazing cattle as a way to earn income. There is also no organized training system, schools, manuscripts or text that help teach Kalbelia song and dance.

Over the last decade or so, governmental agencies have been making a concerted effort towards preserving this dance form by offering performance opportunities to them infairs and festivals of national repute. These fairs attract visitors from across the globe, giving Kalbelia performers better exposure.