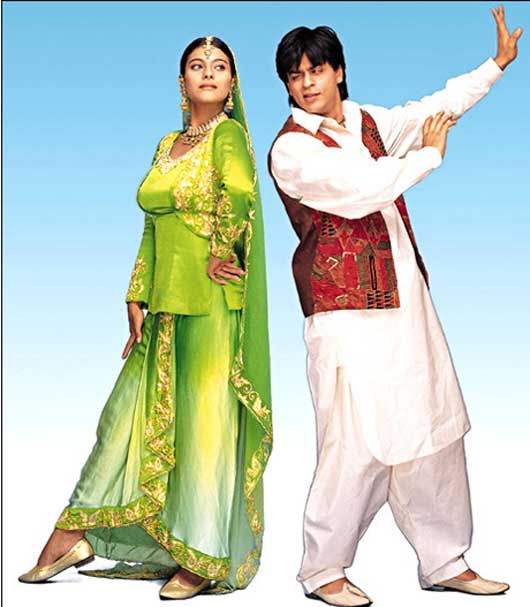 “Mehendi Laga Ke Rakhna” is a cult song from the epic movie “Dilwale Dulhaniya Le Jayenge”, also fondly referred to as DDLJ. This magnum opus was released in 1995 and it redefined Indian values and traditions and made them much stronger. In a sense, this musical romantic movie caught the imagination of the nation and also was a hit overseas as it struck a chord with the Indian Diaspora. From the enigmatic casting of the movie, to the locations, songs and costumes- there was a lot that became a rage in terms of fashion and trend. Shahrukh Khan and Kajol have weaved magic with their chemistry and onscreen charm, particularly in their song sequences.

The backdrop of the movie is in Europe wherein a young couple- Raj and Simran- fall in love while on vacation. However, due to familial pressures, the girl is to marry to someone of her father’s choice and this is where Raj tries to woo Simran’s parents in order to get approval from her parents as they both do not want to elope. The story resonates with strong Indian values, cultural heritage and customs which are heartening for the average Indian and equally appealing to the Indian NRIs- and this mass appeal is what made DDLJ the smashing blockbuster that it was and still is.

However, one song that has evidently developed a cult status and is still immensely popular nearly two decades after the release of DDLJ is the famous “Mehendi Laga Ke Rakhna”, which has become an anthem for marriages, receptions and matrimony in general! The costumes worn by the lead pair, particularly the bright green Punjabi blouse-lehanga worn by Kajol was copied for year’s altogether.

“Mehendi Laga Ke Rakhna” is a song that features the lead pair of the movie- Shahrukh Khan and Kajol- along with the supporting actors Mandira Bedi and Parmeet Sethi. The song is mainly picturized on Kajol and Shahrukh and is a typical Punjabi-flavored mehandi song with the dhol, Indian traditional costumes, and the terrace setting. Shahrukh’s character Raj wore an off-white Pathani suit with a red colored patterned vest that looked very suave for the occasion, whereas Kajol’s character Simran wore a bright colored Punjabi blouse, lehenga with gold detailing, which broke the mold of the typical Punjabi bride-to-be who is usually clad in pinks and reds. Kajol’s dress was entire green and she looked resplendent with her gold maang tika, necklace and jhumkas that added the ‘Indianness’ to her outfit and accentuated the green color. Her look with minimal make-up added on to her brilliant ‘green’ look and moreover her green eyes were the icing on the cake.

Still from the Song

Shahrukh Khan’s Pathani suit did bring about a new fashion trend as it helped revive the Pathani suit and it became the flavor of the marriage season for a long time to come. However, what really stole the show was Kajol’s green outfit that reinvented the bridal outfit and added a new color to the very common reds and pinks that were the norm before DDLJ.

Kajol’s dress was an attempt by the renowned fashion designer Manish Malhotra to restyle the traditional Indian bride by attempting to dress her in green from head to toe. Aditya Chopra was skeptical about his choice, but little did he know that the green blouse, green-gold vest, lehenga and a flowy dupatta would turn out to be a roaring hit with the ladies for years to come. This outfit was replicated for wedding ceremonies immediately after the film released. Interestingly, Kajol chose to wear green at her own marriage ceremony!

The outfits worn by the lead pair gained a cult status and the song became an all-time hit that is a must in Indian weddings across the world!

Shahrukh did manage to set a trend by reintroducing the Pathani suit, however, Kajol’s green Punjabi dress is what set a novel trend for the Indian brides .This trend lasted for years and a lot of brides who got married in 1994 or the years preceding it can be seen in green wedding dresses- such was the influence of “Mehendi Laga Ke Rakhna”.

The green and gold dress can look great with golden jewelry and ornaments that would add more sparkle to the outfit and enhance the ‘greenness’ of the attire. Kajol donned chunky gold ornaments such as an intricate maang tika, necklace, and jhumkas that enhanced the look; however, she balanced this out by wearing light makeup. This green outfit looks more appealing as the accessories complement it and do not distract you away from the elegance of the dress.