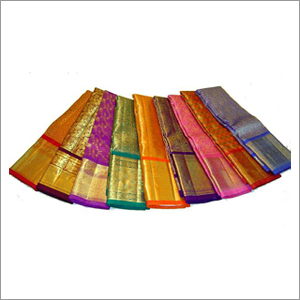 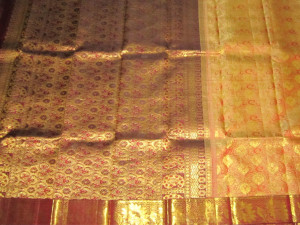 Molakulmuru is a town in the Chitradurga district on the borders of Karnataka. This town is renowned for the production of a special garment, called the Molakalmuru Saree. These Sarees are usually produced in silk and showcase a number of motifs and patterns, usually inspired by nature. They received special patronage during the time of Nalvadi Krishnarajendra Wodeyar, prince of Mysore. Recently, Molakalmuru Sarees have received the Geographical Indications tag, referring to the specific origin and specialized production of the saree in the town of Molakalmuru.

The name “Molakalmuru” translates to ‘broken knees’ in Kannada (the regional language of Karnataka). According to a local legend, the town was thus named after a battle between the natives and British troops led to a resounding defeat for the latter. It also resulted in many broken knees due to the hilly, rocky terrain that surrounds this town. Today historians believe that this name is merely a symbolic reference to the broken pride of the British.

The sources of inspiration for this saree essentially pertain to the motifs weaved onto them. The most popular motif amongst weavers of the Molakalmuru Saree is the temple motif should ideally have a pic of the Temple Motif highlighted. Inspired by the grand architecture of temples in this region, these motifs are usually incorporated along the thick border of the saree. Their pleasing geometric shape and interlocking symmetry add a lot of beauty to the garment.

The weavers of this south saree are also greatly inspired by the beauty of nature. Stylized depictions of flowers, leaves, trees and other natural motifs are frequently seen decorating the borders of the Molakalmuru Saree. The fabric of the Saree is silk in keeping with Karnataka’s textile heritage, which centers on silk more than any other material. 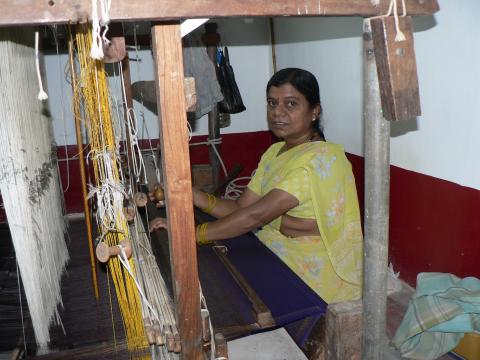 The community of weavers known for producing the Molakulmuru Saree is small – a total of 440 artisans. Weaving is the major occupation in this town. They cater to a small but growing customer base consisting of Indian as well as International connoisseurs.

The techniques of weaving a Molakalmuru Saree are very intricate and usually require three shuttle looms. Dobby looms are used to weave a special sub-type called Butta Sarees. The designer varieties, which are much more exquisitely decorated and richly woven, take up to 40 days to finish. Weavers today use technology such as computer imagery to conceptualize and create designs for the saree. 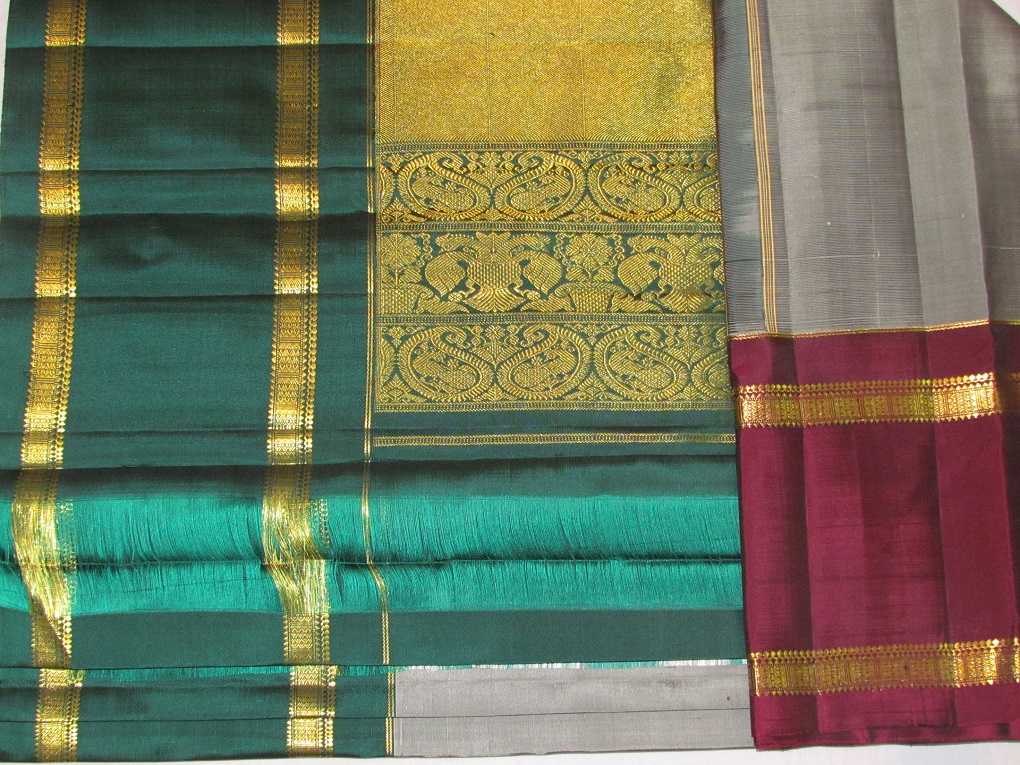 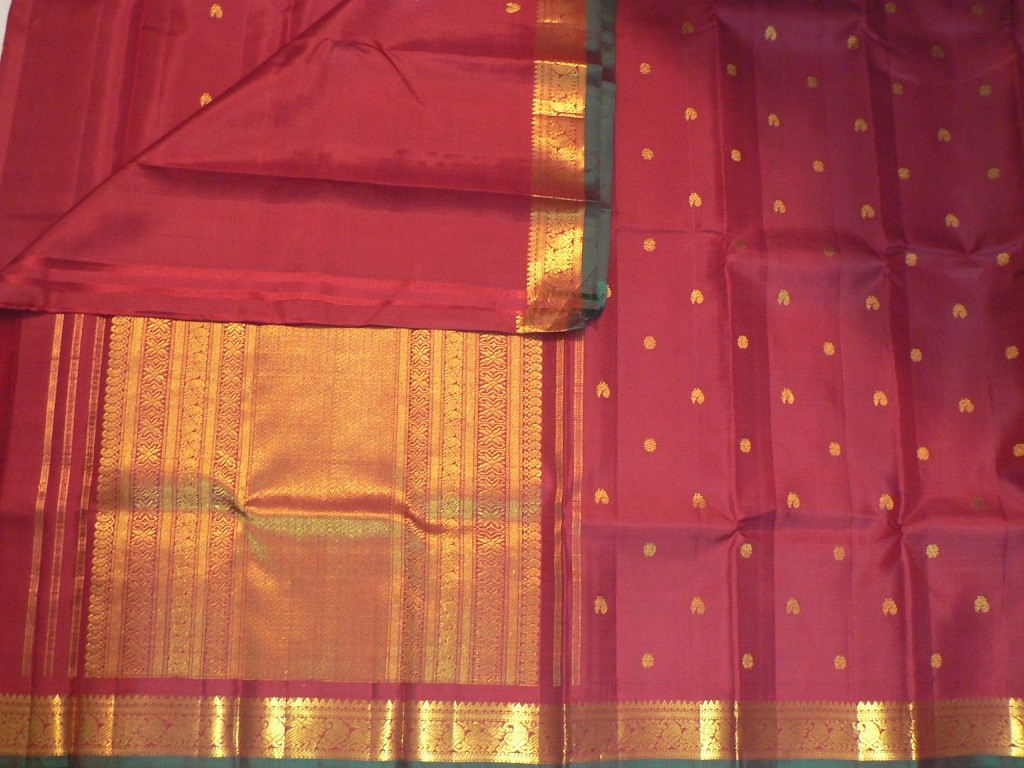 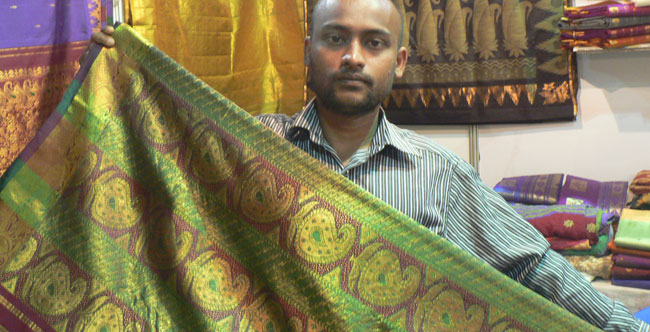 The greatest demand for Molakalmuru Sarees can be seen in the adjacent cities of Mysore, Bangalore, Shimoga and Gulbarga. The only overseas market for the Molakalmuru Sarees exists in USA and Australia, though the demand is not very high. However, many cooperatives have been making the necessary efforts to revive this craft form and encourage the expansion of the weaving community as well as the market for these sarees. These corporations have also helped to cut out the middle man and relay the profits from the sarees back to the weavers who created them. This has really helped to enhance their financial status and make this industry more sustainable.

In an effort to widen the customer base for these traditional Sarees, an online portal has been created where customers from all over the world can explore and purchase Molkalmuru Sarees.

Traditionally, Molakalmuru Sarees are worn with traditional gold jewelry for the neck, wrists and ears. These may be light pieces or heavy ones, depending on the intricacy of embellishment on these Sarees.

Molakalmuru Sarees have to be carefully maintained as they are made of silk. These Sarees cannot be washed and should only be dry-cleaned. They should also be stored in cool, dry places in wraps of muslin. It is a good idea to keep moth balls within the folds of the muslin wrap.