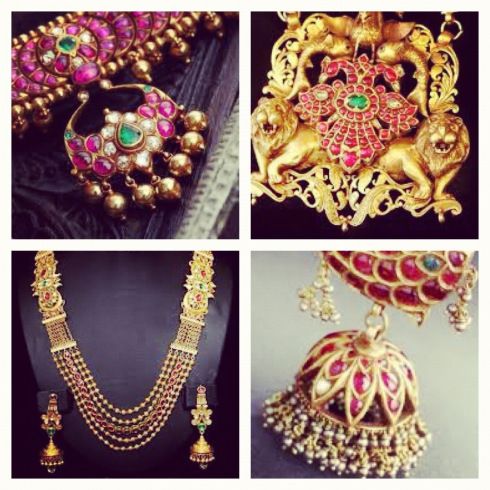 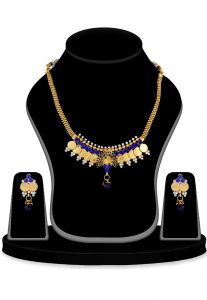 Traditional Indian jewelry is divided into three distinctive heads – temple jewelry, spiritual jewelry and bridal jewelry. Temple jewelry, much like the name suggests, was earlier used to adorn the idols of Indian deities, gods, and goddesses. Indian temples still retain the practice of adoring the idols with chunky, gold jewelry. The ornaments that comprise of these intricately crafted, big pieces of jewelry are bangles, earrings, necklace, waist belt, nose rings, and anklets.

However, later on, this jewelry was worn by temple dancers, classical dancers as well as royalty.  Lately, the jewelry is now increasingly coming into the fashion scene with its rich aesthetics that resonate Indianness.

It is traditionally worn on auspicious occasions and festivals as it brings good luck.  The jewelry is traditionally crafted in gold; however, being the latest trend, this jewelry is now made in metal and polished with gold making it highly affordable. Jewelry such as necklaces, pendants, belts and bangles are extremely in demand amongst the women. The most popular pendant design is that of Lord Ganesh and Goddess Laxmi. In fact, the unique design has made it a popular buy amongst foreigners as well.

It has its origins in South India and in order to protect their jewelry, the local rulers gave the same to their temples for adorning the deities. The Chola, Pandya, and the Krishnadeva Raya dynasties that rules South Indian from the 9th century till the 16th century were connoisseurs of jewelry crafting and the temples also maintained their individual workshops which housed skilled artisans.  The Madurai temple is particularly known for owning some extremely valuable pieces of the jewelry, particularly the crowns embellished with navratnas or nine gems.  It is said that on the occasion of the Chitrai festival, the temples of gods and goddesses were given ornamental offerings and these fine specimens of the jewelry can still be seen at various temples in the district of Tanjavur.

Despite the Mughal rule and the British rule which brought about influences in the traditional jewelry designs and handicraft, the temple jewelry managed to retain its original form till today.  South Indian goldsmiths retained the traditional designs and motifs along with the original names.  It is known by the motifs embellished upon it such as tamarappu (lotus flower), kokku (crane), makara (crocodile) etc. 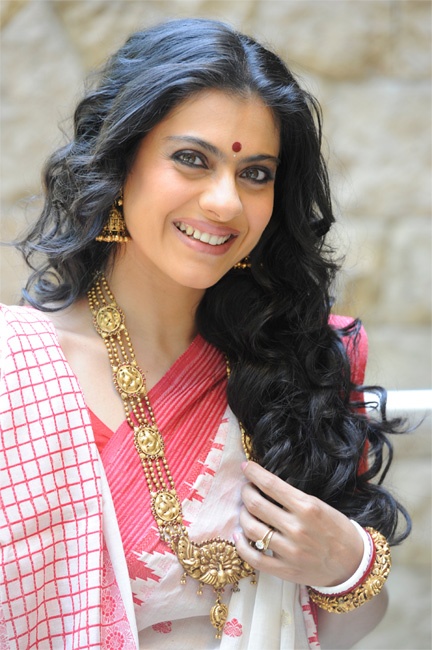 It has in recent times gained a lot of momentum on fashion ramps and bridal exhibitions, apart from being patronized by classical Bharatnatyam, Odissi, Kathak and Kuchipudi dancers. Temple jewelry is indeed a rich heritage of India, which has been originated in South India during the Chola reign in the 9th century.  The present imitation and gold forms of Temple jewelry depict the ancient form, however, with slight modifications to suit the contemporary customers. From coin necklaces to chunky jhumkas, there are a lot of Temple accessories that have become a huge hit with women belonging to all ages, particularly amongst brides. 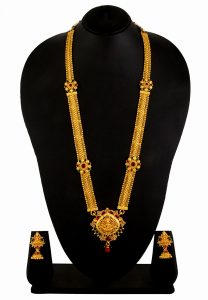 The main base is gold, although silver and other metals are also available and are inexpensive in comparison. Temple jewelry is embellished with precious and semi precious gems and pearls to give them a classic appearance. They are also embellished with Polki and Kundan stones, which are characteristic of North Indian jewelry. It comes in various designs and motifs such as swans, peacocks, lotus flower, gods and goddesses, royal figures etc. The range of jewelry starts from something as small as a nose ring to big chunky necklaces. Some pieces are worn occasionally like armlets, head adornments, anklets, waist belt and nose rings.

Temple jewelry with its priceless historical value and intricate designs has captured the Indian jewelry market and is also increasingly being demanded in overseas markets. These pieces of jewelry are symbolic of the rich Indian traditions and are unlikely to go out of fashion for a long time to come.