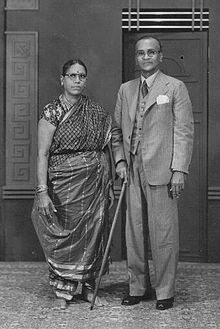 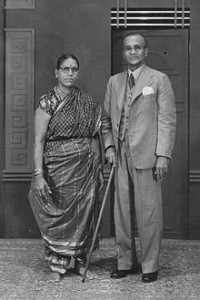 The Iyer and Iyengar are two different castes of Hindu Brahmins of Tamil origin. Iyers are followers of Adi Sankara who founded the Advaita philosophy, whereas Iyengars are followers of Sri Ramanuja who propounded the philosophy of Visishtaadvaita. Another difference is also, in the way each of the communities drape the Pallu of the 9-yard long saree. The Iyer’s drape it in the traditional Madisar style. In addition to that, the Iyengar women drape the pallu over their left shoulder, whereas the Iyer women drape it over their right shoulder.

The Iyengars and Ayyangars, are castes of Hindu Brahmins who are of Tamil origin and live mainly in the state of Tamil Nadu. However, some also reside in Andhra Pradesh and Karnataka. Iyengars are further subdivided into two other religious sects called the Thenkalai and Vadakai, and it is a community that follows patrilineal descent. In fact, the Iyengar community states that it originated from the times of Sri Ramanaju in Tamil Nadu.

The Iyengars also wear a mark on their forehead which is called the Srivaishnava Urdhva Pundra and it serves as a clear distinction of their caste. Iyengars are mainly concentrated in Tamil Nadu, particularly in the cities of Chennai, Kanchipuram ad Srirangam.

The traditional clothing of the Iyengars is similar to that worn by the other South Indian Brahmins. The Iyengar men generally don a panchakacham which is like a dhoti in cotton or silk which has five folds along with an angavastram. Iyengar women wear the ethnic madisar which is a 9-yard sari and is worn in a different style. Indian film actresses such as Hema Malini, Jayalalitha and Vyjanthimala are from Iyengar families.

Most of the Iyers or Aiyars follow the tenets of the Advaita philosophy that was propounded by Adi Sankara. A majority of the Iyer community live in Tamil Nadu. As per the stories from the traditions followed, the Iyers are descendants of the Indo-Aryan migrants who came from North India, but this is actually a myth. The Iyer community is further sub divided into sects that are based on regional and cultural differences. The Iyer men, much like the Iyengar men, wear the panchakacham, which is a five yard bottom garment with an angavatram that they wrap over their shoulders. The Iyer women also wear the traditional madisar, which is a 9-yard long sari that is draped in a particular manner. The only difference between the Iyer and Iyengar madisar drapes is that the former place the pallu on their right shoulder whereas the latter place it on the left. Popular Southern actresses like Priyamani and Trisha are from Iyer families. 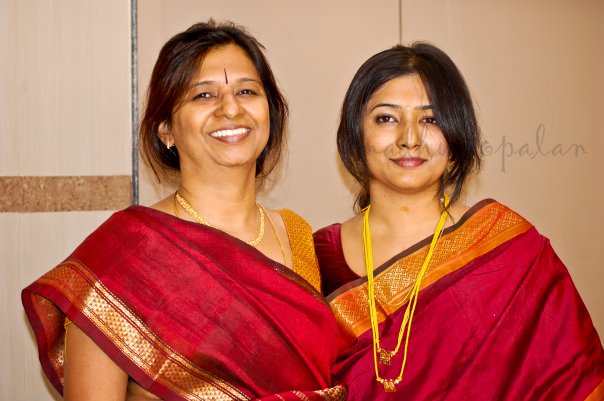 The Madisar is a distinctive way of draping the sari practiced by the Iyer and Iyengar women folk of the Tamil Brahmin community. Earlier, the madisar was to be worn after marriage, however, now, this drape is worn on special religious ceremonies and festive occasions. The original length of the madisar is nine yards, however, these days the madisar is worn by using the regular six yard sari, which makes it a lot more convenient for the wearer. The madisar is an inherent part of the Iyer and Iyengar culture, albeit in a slightly different fashion.

Madisars can be bought in various fabrics ranging from cotton, silk, polyester-cotton or cotton silk blends. The madisar drape looks like a dhoti with pleats and a regular pallu, which make it different from other drapes. 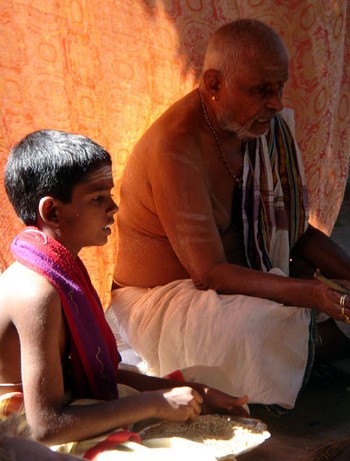 Now, the six-yard sari can be draped in the madisar style, which is easier and much simpler than the original nine-yard version. Furthermore, one can also purchase ready-made madisar saris in order to escape the hassle of getting the perfect drape, for hours.

Iyer and Iyengar women now wear the madisar only on important functions and religious occasions, as opposed to wearing it regularly.

The Iyer and Iyengar women wear glass bangles, sindoor, tilak and mangalyam (which is also known as ‘thali’ in Tamil).