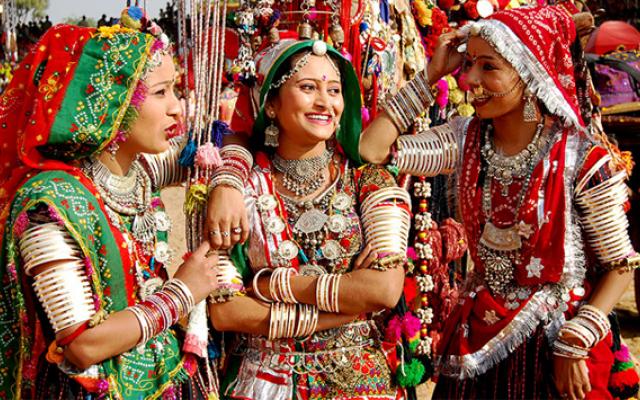 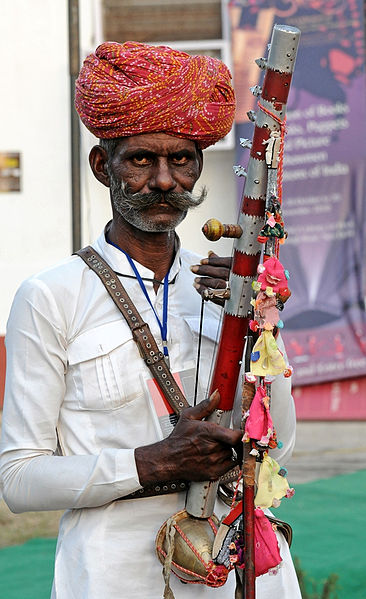 Bright, fresh hues straight from the land of camels, sand dunes and exquisite wild life – that’s the essence behind Rajasthan’s attire, be it traditional or contemporary. Vivid colors and lively embroidery that reflect the charm of its people and warmth of the state have always been an innate part of the clothing culture of Rajasthan. Imagine Rajasthan in a monotone. Doesn’t everything go dull and listless at once? Now imagine the sandy backgrounds splashed with rich, vibrant colors like reds, greens, bright yellows and oranges. You feel the spirit of Rajasthan come alive once again!

There is absolutely no denying the fact that the couture of any culture imbibes and reflects the essence of its legacy. History has it that the land of Rajasthan is believed to be the land of the brave and chivalrous. People of Rajasthan live like wartime heroes. Their life is gala, or rather it is their attitude to celebrate every second of life. The state is so full of inspiration that even a vast stretch of infinite sand that is nurtured by harsh climate is not left barren and uninhabited. The couture of Rajasthan reflects the effervescent culture of the state. From the pagri to the ghagras to the embroidery to the jewelry – everything from Rajasthan has a distinct flavor. 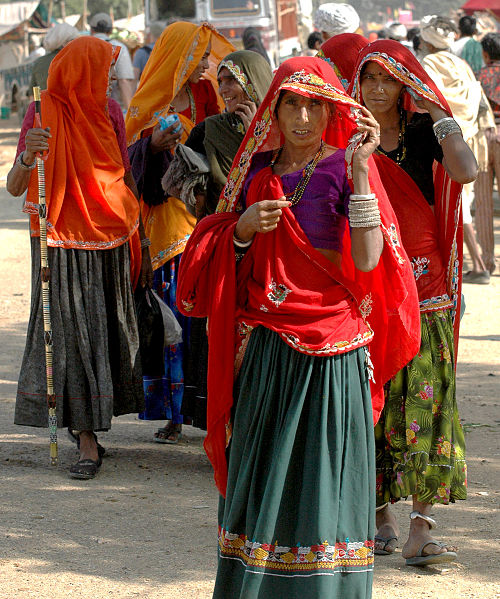 Like the people of Rajasthan, the clothing and fashion of the state is never boring. The cuts, fabrics, colors and crafts present an interesting palate to pick from.

Pagri: Soaked in the brightness and playfulness of hues like yellows and reds, the pagri is a prestigious part of dress for the people of Rajasthan. Every turban or pagri, however, has a certain significance attached to it. It is indicative of the stature to which the person who wears it– something that the color and the style of the turban are reflective of.

Angarakha: The angarakha as the term suggests, is the protective shield of the men of Rajasthan who are born with the soldier like spirit. The angarakha kurtis are the substitutes of shirts and are worn with a sense of style. Kamari angrakha and the long angrakha are the two main styles of this attire. Mostly adorned with the traditional technique of tie and die, the angarakha is nowadays only a part of festivals and religious ceremonies even in the state of Rajasthan.

Dhoti: A pajama-like lower that is usually 4m by 1m in measurement, a dhoti is either worn completely casually or in an extremely stylish manner for special occasions. That said, unlike a pajama a dhoti requires quite a lot of practice to be worn. As a part and parcel of the culture and couture of Rajasthan, the dhoti reflects the will of the people to live simple.

Odhni: Worn by women over their head, like a chunri, the odhni is a specialty of Rajasthan’s traditional fashion. 10 feet long and 5 feet wide, the single piece of cloth is quite a majestic one to carry on one’s head. It is indeed the crowning glory of every woman of Rajasthan. To keep the cloth steady, one end of the odhni is tucked inside the ghaghra skirt.

Ghaghra: Due to the popularity that this attire has gained, the ghargra needs no introduction. However, as far as its Rajasthani variation is considered, the skirt-like apparel belonging to the state is a long one, multi-pleated once. Narrow at the waist, a ghaghra is usually of ankle-length.

The motifs and designs on the apparel of Rajasthan stem from the techniques that have been dear to the heritage of the state. From beautiful patterns created using tie and dye to the mirror work that is reflective of a pulsating mood, the ensemble brings together abstract and geometrical variation together to create interesting patterns. 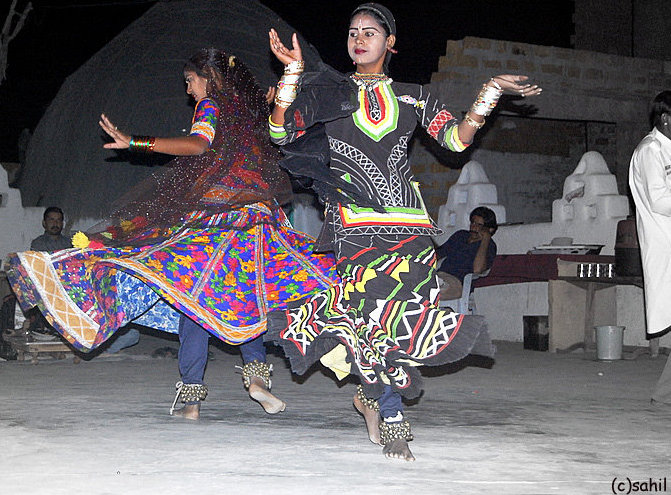