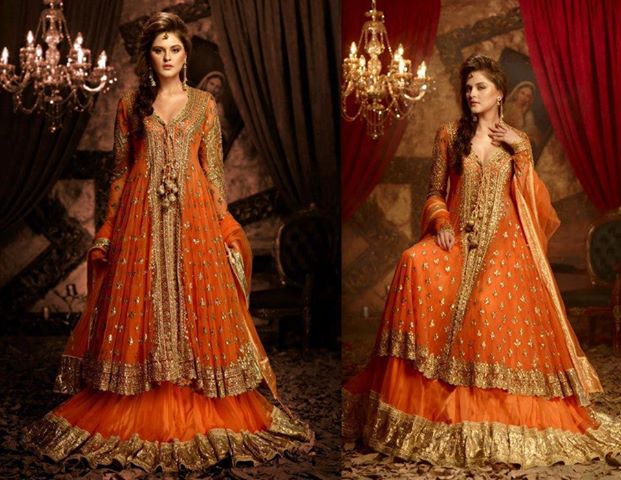 The Farshi Pajama also known as the Farshi Ghaghra (also spelled as Farsi Pyjama, Farsi Pajama, Farshi Garara or Gharara) was a popular Indian ladies’ dress that was worn between the 17th-20th centuries, particularly amongst Muslim Indian women. The important component, the farshi pajama was what distinguished the entire attire- which basically resembles a long flowing two-legged skirt which is held by drawstrings. The farshi pajama is straight till the ankles and from there it starts flaring on to the floor. The word farsh means floor, hence it is named ‘farshi’. 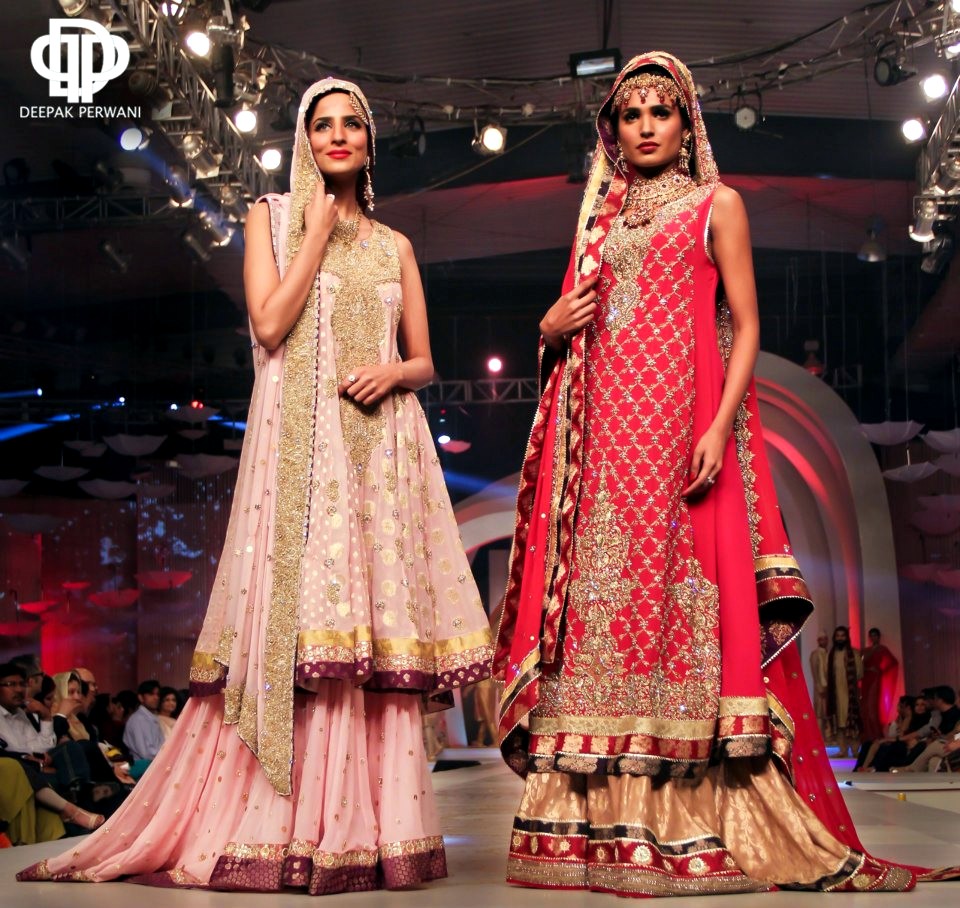 The Farshi Pajama was a creation in the region of Awadh and was worn by the royalty and nobility of various places in Uttar Pradesh, which used to form a part of Awadh or Oudh, as called by the British. The Farshi was actually a take on the British flowing gowns and comprised three portions – the farshi pajama, the kurta and the dupatta.

The Farshi Pajama was often confused with the Gharara that came later in the 20th century. This beautiful attire was a creation from the courts of Awadh in the 17th century, wherein the Begums of Awadh decided to come out with a British-inspired gown-like dress that would have a similar characteristic flowing quality. The difference between the two garments is the design and length of the top and the bottom. While the Kurta in Farshi Pajama may go up to the ankles, Gharara features its Kurta only till the knees. Similarly, the bottom of the Farshi Pajama is long and flowing uninterruptedly at the bottom, while the Gharara has a ruched design at the knee, to give a better flare.

The Farshi Pajama was a considerably large-sized garment in terms of the cloth employed in its creation. Typically it used to take 9-15 yards of very expensive and fine cloth to get the typical flare of the pajama. It was intricately embellished with embroidery that used to be of either zardozi or zari work done out of gold or silver threads. This classic attire was one of the most extravagant traditional costumes that displayed the grandeur and opulence of the begums of Awadh during those times.

Evolution of Farshi Pajama over Years

However, with time, the Farshi Pajama or the Farshi Gharara, as it is now popularly known, has transformed according to modern tastes and sensibilities. However, even back in the old days, the Farshi Pajama was used across various Indian princely states that accorded their own interpretations and variations to the garment.

The pajama has now been given a modern contemporary touch by various fashion designers and are worn by Indian movie stars for certain period roles like that of Umrao Jaan depicting the noblewomen and courtesans of Lucknow. This elegant piece of clothing lost popularity in India, however, it was quite popular amongst the womenfolk in Pakistan during the 50s and 60s. However, the Farshi Pajama has once again come back into vogue, particularly with the youth of Pakistan and the Muslim women of North India who prefer donning the Farshi Gharara or Pajama at formal occasions and weddings.

Kareena Kapoor wore her mother-in-law’s heirloom Farshi Pajama outfit to her wedding with Saif Ali Khan, which was fashionably viewed as a revival of the erstwhile glory of the pajama and its royal grandeur.