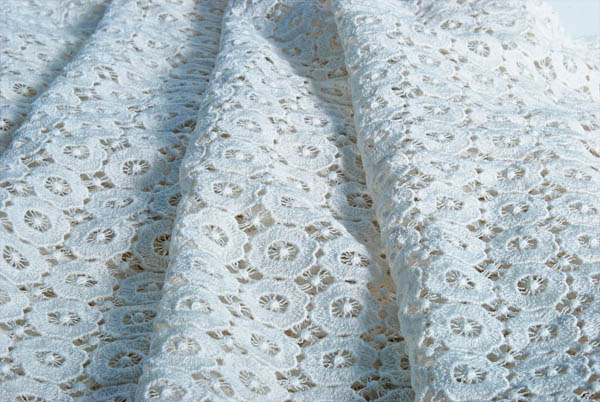 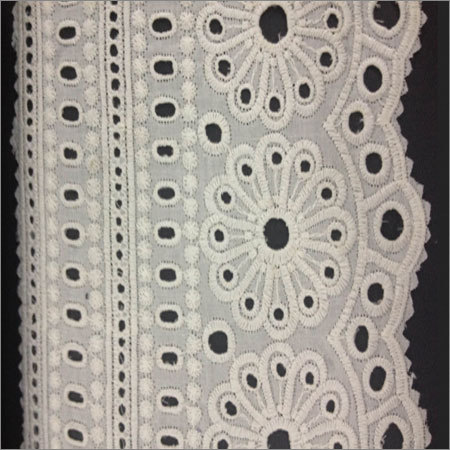 Schiffli is a type of lace that is embroidered on using the Schiffli machine; thus giving the work the name ‘Schiffli embroidery’. The word ‘schiffli’ is derived from the Swiss dialect of the German language, where it means ‘little boat’, referring to the hull-like shape of the shuttle used to produce this type of lace. Schiffli embroidery is produced by the characteristic use of a special kind of machinery and a chemical bath of the embroidered fabric. This type of embroidery has found many modern uses in Indian ethnic fashion, especially in designer salwar kameez.

While hand embroidery has been part of the global fashion culture since time immemorial, it was the advent of the Industrial Revolution that sparked the creation of machine embroidery. Embroidery by shuttle was first thought of in 1860 by Isaac Groebli from Switzerland but was first practiced only after 1873 when he invented the first Schiffli embroidery machine. Since the machine was based on the principles of a sewing machine, the method of production of Schiffli embroidery also followed a similar pattern.

The inspiration for Schiffli lace or Schiffli embroidery was inspired by the patterns sewing machines could produce on cloth. This is how Groebli came up with the idea of inventing a shuttle that consisted of a bobbin of thread and the machine that utilizes a large number of needles that work at the same time along the length of the fabric, forming lock stitches, much like the sewing machine.

Depending on the patterns that need to be embroidered on the fabric, the process of production can vary in its details. However, there is a broad production process that can be outlined for the creation of Schiffli embroidery.

The Schiffli machine is a multi-needle loom, whose field of embroidery is wide, constant and coinciding. This machine uses approximately a thousand needles that are placed in horizontal lines, one above the other. The fabric is held against the entire width of the loom and the needles, like the sewing machine, move back and forth through it. The embroidery creates an interlocked series of thread which in essence becomes the lace pattern and a standalone piece of embroidered lace. The fabric on which this embroidery is created is known as the ‘sacrificial fabric’ because after the embroidery is completed, the length of the fabric is immersed in a chemical bath in which the un-embroidered patches dissolve and the lace remains. 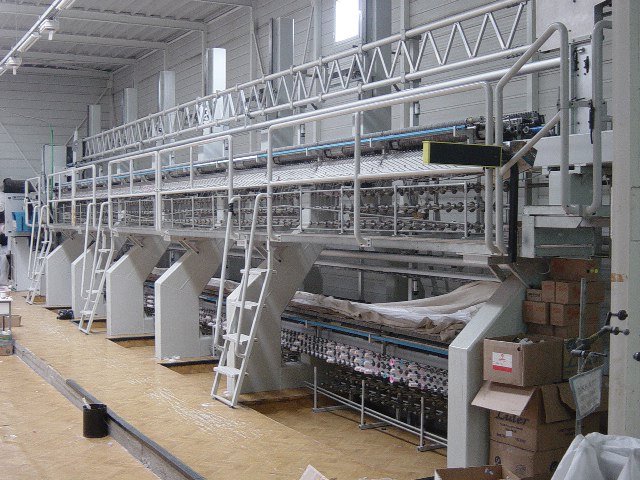 The characteristic feature of Schiffli embroidery that differentiates it from other forms of machine embroidery is the ability to create diverse luxurious patterns with a three-dimensional effect.

There are many varieties that can be found in Schiffli embroidery, based on thread type, thread color, patterns, fabrics, and usage.

Schiffli embroidery is often seen on modern salwar kameez as embellishments. Among its other uses are creations of lingerie, home décor items and as frills on cushion covers. In India, Scchiffli Lace is primarily created and exported from Gujarat.

Evolution in machinery has resulted in the creation of modern Schiffli machines that can produce lace that is 15 yards long and 60 inches wide, in one go.

Other evolutions in the creation of Schiffli lace revolve around the composition of the chemical bath and the fabric. Since the disintegrating bath is not environment-friendly, water-soluble fabrics, as well as those fabrics that disintegrate under high heat, have been created. These are cost-intensive inventions, making them impractical for small-scale production industries. Chemical baths are still used in developing countries.

This type of lace is pretty sturdy as it is machine created and is pre-treated chemically. Therefore there are no specific precautionary measures that need to be taken to maintain it well. Schiffli lace is generally durable and strong.