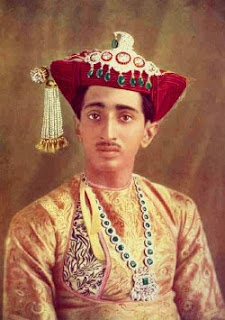 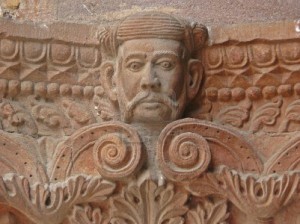 The Holkars are perhaps one of the most popular royalties in the history of India, particularly because they contributed greatly and also had a distinctive style of their own. The Holkar clan of Indore are basically from the Dangar clan that is found in Maharashtra. The origin of the Holkar dynasty was initiated with Malhar Rao who worked under the Peshwas of Maratha in 1721.

He later was promoted as a Subedar, however, it was later that Malhar Rao and his descendents, who became Maratha kings, later went on to become the rulers of Indore as an independent kingdom. However, after 1818, Indore was recognized as a princely state under British rule until it became a part of the state of Madhya Pradesh after Indian independence.

The Holkars were great connoisseurs of art and they were great collectors as well who were famous for their collections of jewellery and cars. After the fall of the great Mughal Empire, the Holkars of Indore gained greater control in the late 1900s. The Holkars, who were actually goatherds or Dhangar later developed into one of the most powerful royalties in India. The Holkars inhabited a region that was the most fertile in arid Central India and made Indore their capital. After a tumultuous period during their war with the British and the Scindias, the Holkars signed the Treaty of Mahidpur in 1818 in which they settled down to rule peacefully. This is the time when the Holkars amassed a huge collection of jewellery which was later lost and vanished without a trace.

Style was an essential trait of the Holkars of Indore and there are so many popular heirloom collections that were once the pride of the Holkar dynasty which reflects their erstwhile pomp and grandeur. The Holkars were renowned throughout the world for their grand collection of jewels and the finest of jewelry. There are several historical accounts that speak of their jewellery collection. It is said that the entire jewelry collection of the Maharaja in the 1930s-40s was estimated to be around 40 million dollars. 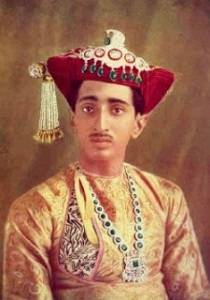 Maharaja Yeshwantrao Holkar was a great patron of jewellery and French jewelers such as Van Clef, Arpels, Chaumet and Moubassin and had special exquisite jewellery pieces crafted from them. The most popular jewellery pieces in the Holkar collection have been the bejeweled dazzling peacock turban, the Indore Pears, the Jonker and Porter Rhodes diamonds amongst many other such pieces.

The fabled peacock bejeweled turban was one such exquisite masterpiece crafted out of rubies, diamonds, emeralds, sapphires and pearls that was specially made by European goldsmiths in order to give the impression of a crown on a turban. Another fabled artifact was the bejeweled walking stick of the Holkars whose elephant-shaped handle was made out of one single ruby.

Several exquisite jewelry pieces were sold off to Harry Winston by the Holkar Maharaja and later by Maharani Ushadevi Holkar in order to pay off the taxes that ran into crores, while other prized possessions were stolen from the palace in a jewelry heist in the 1900s.The stolen pieces were later found in old antique store in Mumbai, however, many have been lost and forgotten with the passage of time. The Holkars had such profound love for jewelry that it seems to run in the Holkar blood as Prince Richard Holkar, the present Scion of the Holkar Dynasty, has a degree in jewellery designing and has been a private jeweler for several years.

When dressed in their traditional regalia, the Holkar maharaja would display his exquisite and sizable collection of fine Basra pearls. The so-called pearl scarf of the Maharaja has been described as one of the most exquisite and expensive jewelry pieces that were worth a crore of rupees in 1920.

The Holkars were strongly influenced by the British way of life- be it their language, culture, clothes and cars. Their lavish lifestyles and their suave modern mannerisms made them incorporate new styles and trends in a rather traditional environment. Furthermore, they forged foreign alliances through marriages and their foreign wives brought about great changes in their traditional perspectives. The Holkars were great patrons of cars, which was perhaps a royal obsession as all Indian royals vied each other over possessing the most popular car. The Holkars were very liberal in their outlook and were the first royal family to personally drive their own vehicle. Maharani Chandravatibai Holkar was the first female driver in India. 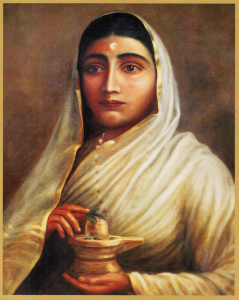 Richard Shivaji rao Holkar along with Sally, his American wife were the ones who revived the Maheshwari saree and fabrics of Indore. The Maheshwari is a particular type of handwoven cloth that was started by Maharani Ahilyabai in 1760 wherein she ordered for special weavers from Surat who produced fine Maheshwari cloth which is a silk/cotton woven cloth with a small zari border. Sally Holkar co-founded the Rehwa Society in 1978 and also established the Women Weave Charitable Trust to popularize the craft and provide the rural women a source of income.

The Holkar Maharajas and Maharanis dressed in their great finery which comprised of angas, turban, jewelry pieces and a sheathed sword. The Maharanis would normally bedecked in jewelry and a Maheshwari saree.