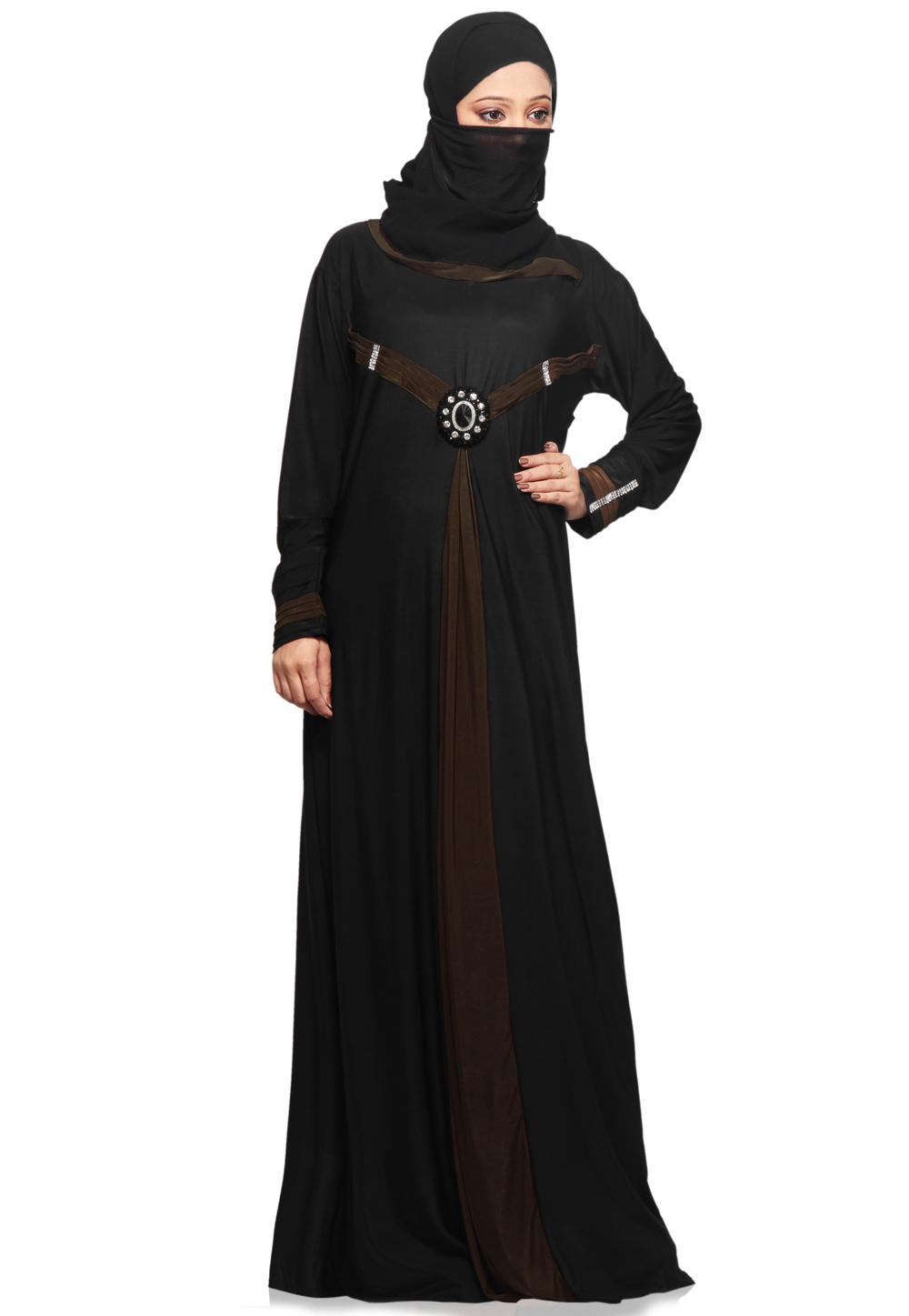 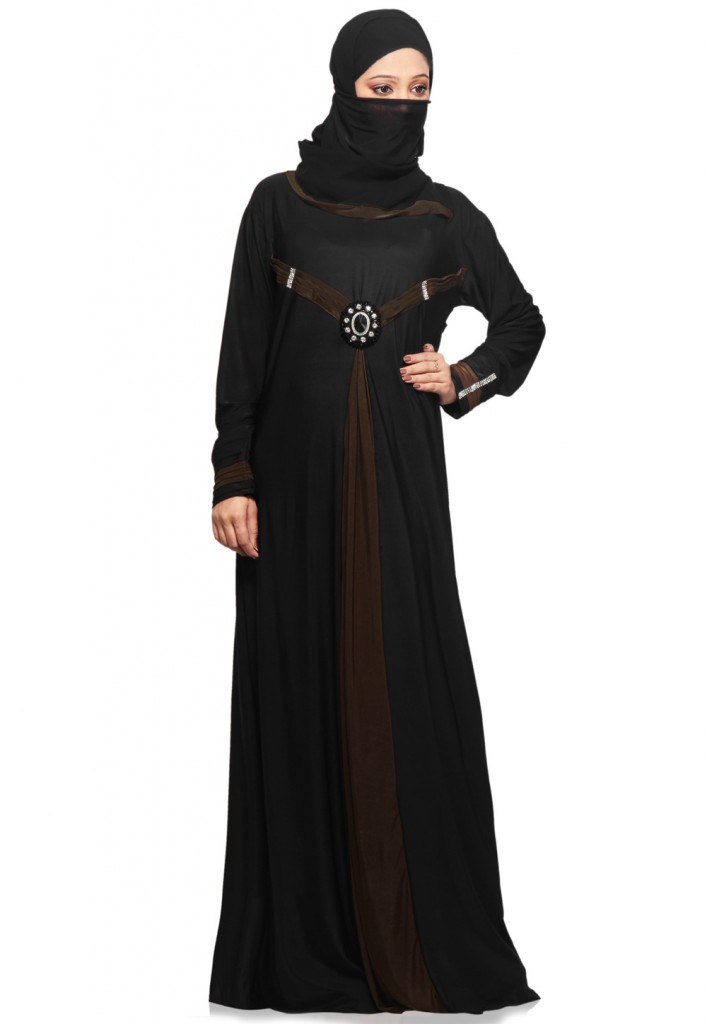 Burkha, (also known as Burqa, Burka, Bourkha) is an outer garment worn by the women of Muslim community in order to cover themselves at public places. It is a long piece of clothing that covers the face and body. There is a semi transparent mesh in front of the woman’s eyes, so she can see. It is also referred as Chadri or Paranja in Central Asia. Burkha is an Arabized Persian word for purda meaning ‘curtain and veil’. It is generally black in colour.

The exact origin of the burkha is not exactly documented, though similar forms of veiling have been worn by women in India, Pakistan, Saudi Arabia and Afghanistan since the beginning of Islamic religion in 622 CE. It is believed that the Koran has no requirement that women cover their face or body. The Holy Book however directs believers, especially women, to dress modestly and stay covered in public or in the presence of non-family members. This has been interpreted in the form of the burkha that is worn by most Muslim women.

As per the research based text available, the veil’s first impressions can be found dating back to the Assyrian Empire. What’s rather intriguing is the fact that unlike the present day scenario, during 5000B.C. the veil was worn as a status symbol by the aristocrats.

From the very advent of Islam, Aisha, the wife of Prophet Mohammad, wore the burkha. She was one of the greatest Islamic scholars to have ever lived. Most Islamic societies claim that it is a misconception that burkha clad women are male dominated. The garment is voluntarily worn. Many women who wear burkhas are highly educated and have successful careers.

The burkha is popularly worn in much of the Arab world, in Afghanistan, Pakistan and pockets of India. In many areas of India, the burkha is commonly worn at the discretion of her family or in-laws’ family. It is worn during travel. In Afghanistan however, the full Afghan chadar covers the wearer’s entire face except for the eyes, which is covered by a concealing net. In France, Italy, Netherlands and some other Western nations, wearing the burkha in public is illegal.

Islamic garments generally survive the onslaught of modernization, and the effects on burkha have been slow but gradual. Today burkhas are more form-hugging and stitched in abaya style, generally in lycra, faux georgette or polyester. Although predominantly black, the colors also range in orange, pink, purple and green. The burkhas come with coordinated color veils with embroidery, bold stone work, sequined neck and sleeve patterns.

Burkhas are generally not worn at home. They are outer garments meant for public places or when the Muslim woman is in the presence of outsiders. They can be worn to all occasions whether religious or social.

Since the very history of the Burqa or the Naqab is etched in almost every part of the world, the conservative clothing has innumerable faces. The burqa comes in innumerable shapes and sizes, depending on the country of which it forms a dress custom of.

India: In India the practice of wearing a Burqa is reserved for certain communities that believe in the practice.

Moreover, every state does not witness this phenomenon. Amongst those that do are metropolitans like Delhi and Bombay. The types of Naqab that can be seen in India vary from the full-length chador to the veil that solely covers the head and the face. Post marriage it is solely on the discretion of the husband whether his wife needs to veil herself or not.

Afghanistan: The land of Afghanistan is rather conservative when it comes to the custom of wearing a burqa. Known as a chador or chadori, the veil is a full-length garment that is quite thick too. Every woman is required to obey to the custom of purdah by making the burqa/ naqab/hijab/chador a part of her wardrobe.

Pakistan: This is the only countries where women even from Hindu and Christian communities have to wear the veil. However, the practice is largely concentrated in the land of Pushtan, Khyber Pakhtunkhwa and

Burkhas can be machine washed using warm water and gentle detergent or handwashed at home. It is also advisable to have them dry cleaned to keep them in good condition.